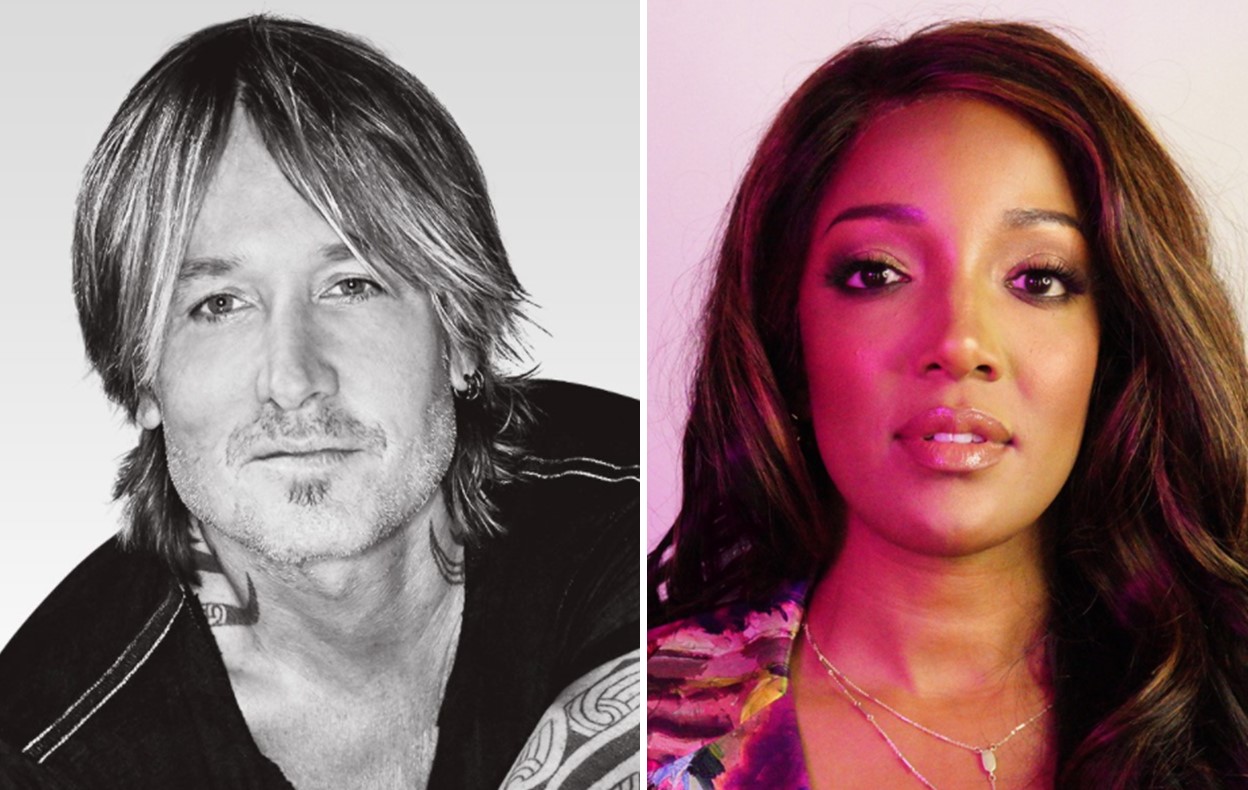 Country music stars Keith Urban and Mickey Guyton are joining forces to host the 2021 ACM Awards! The ceremony will broadcast live from three iconic country music venues: the Grand Ole Opry House, Nashville’s historic Ryman Auditorium, and The Bluebird Cafe on Sunday, April 18 (8:00-11:00 PM, live ET/delayed PT) on the CBS Television Network. It will also be available to stream live and on demand on Paramount+.

Urban returns for his second year after hosting the 55th ACM Awards in September, while this marks Guyton’s first time hosting the ACM Awards and the 29th time multiple hosts have taken the ACM Awards stage. Guyton’s performance of her critically acclaimed song “What Are You Gonna Tell Her?” at last year’s show featured Urban as a surprise guest on piano.

“I’m beyond thrilled to be co-hosting with my friend Mickey,” shares Urban in a statement. “I love that finally everyone will get to see her infectious energy and uber creative spirit in full light.”

“Last year I had the opportunity to perform at the Academy of Country Music Awards with someone I long admired, Keith Urban, and this year I am incredibly excited to share hosting duties with him,” said Guyton. “As I’ve said before ‘if you can see it, you can be it,’ and it’s such an honor to step onto the ACM stage as the first ever Black woman to host the show. Over the years, the Academy of Country Music has always been a home for me through opportunities both onstage and throughout their work on diversity and inclusion. This is a moment of great significance for me and I am so thrilled to share it with all the fans.”

A post shared by Academy of Country Music (ACM) (@acmawards)

Urban is a double nominee in the Music Event of the Year Category for his collaboration with P!nk on his latest single, “One Too Many,” for which he received an additional nomination as the song’s producer. In addition, he received a nomination for his collaboration with Thomas Rhett, Reba McEntire, Hillary Scott, and Chris Tomlin on “Be A Light.” To date, Urban has won 15 Academy of Country Music Awards, securing his first win in 2001.

In 2016, Mickey was nominated for her first Academy of Country Music Award for New Female Vocalist. She returned to the ACM Awards in 2019 performing “I’m Standing With You” from the BREAKTHROUGH movie soundtrack alongside Chrissy Metz, Carrie Underwood, Lauren Alaina and Maddie & Tae. This last year, Mickey performed her first solo ACM Awards performance of “What Are You Gonna Tell Her?”.

The 2021 ACM Awards will feature exciting performances, unprecedented collaborations, surprising moments, and more to be announced in the coming weeks.

Congrats to Keith Urban and Mickey Guyton! Share this news with other country music fans!