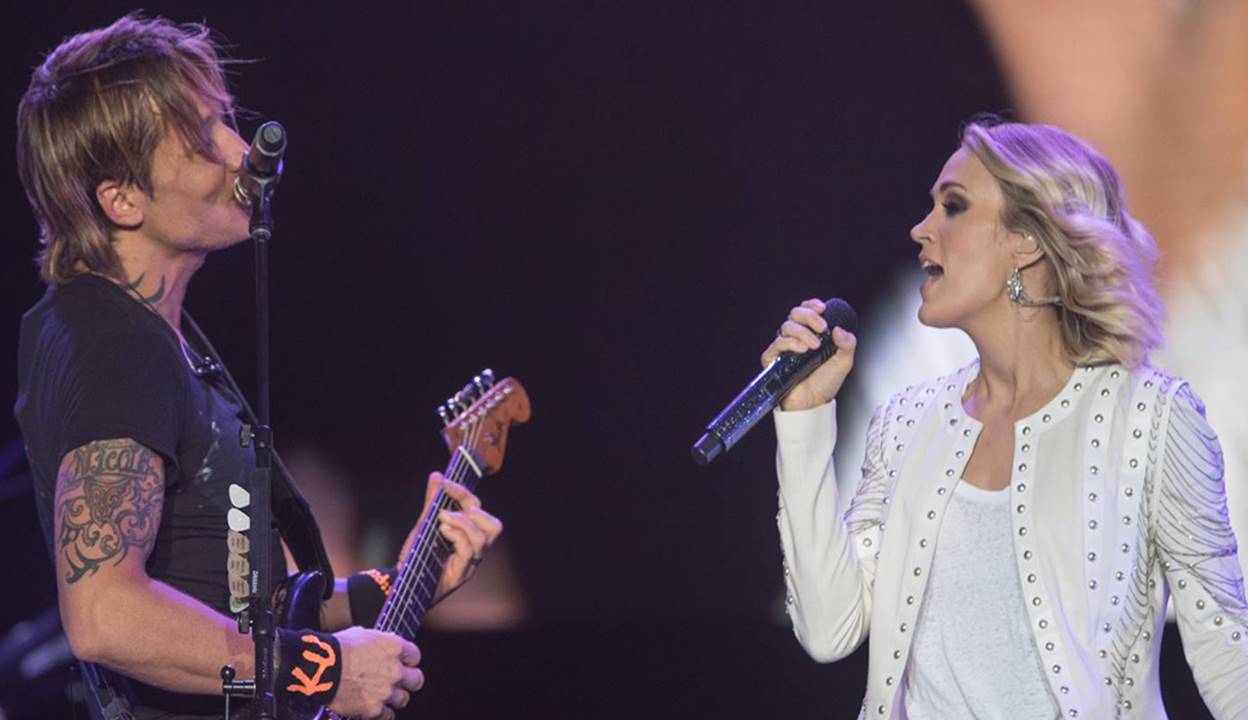 While on the Australian leg of the Ripcord World Tour, Keith Urban and Carrie Underwood treated their fans to a cover of music icons Stevie Nicks and Tom Petty’s duet “Stop Draggin’ My Heart Around.”

Enjoy their rockin’ cover below!

This catchy song was the first single from Stevie Nicks’ debut solo album, Bella Donna, which was released in 1981. Fun fact—Keith was just 14-years-old when this tune hit the music scene and Carrie wasn’t even born yet.

This dynamic duo will be wrapping up their tour collaboration and returning to the United Stated before Christmas. Judging from their social media accounts, they both are having a blast.

Keith looks thrilled to be back entertaining legions of fans in the country of his childhood. Enjoy his sweet message!

Carrie is taking advantage of all the cool attractions Australia has to offer. She even went skydiving! View that daring adventure here.

Bondi Beach. I have no clue who this guy is but major props to him for taking a picture with our crazy group! #goodsport #surfsup #sydney #christmascard

Be sure to share this fun moment with other fans of these two superstars.