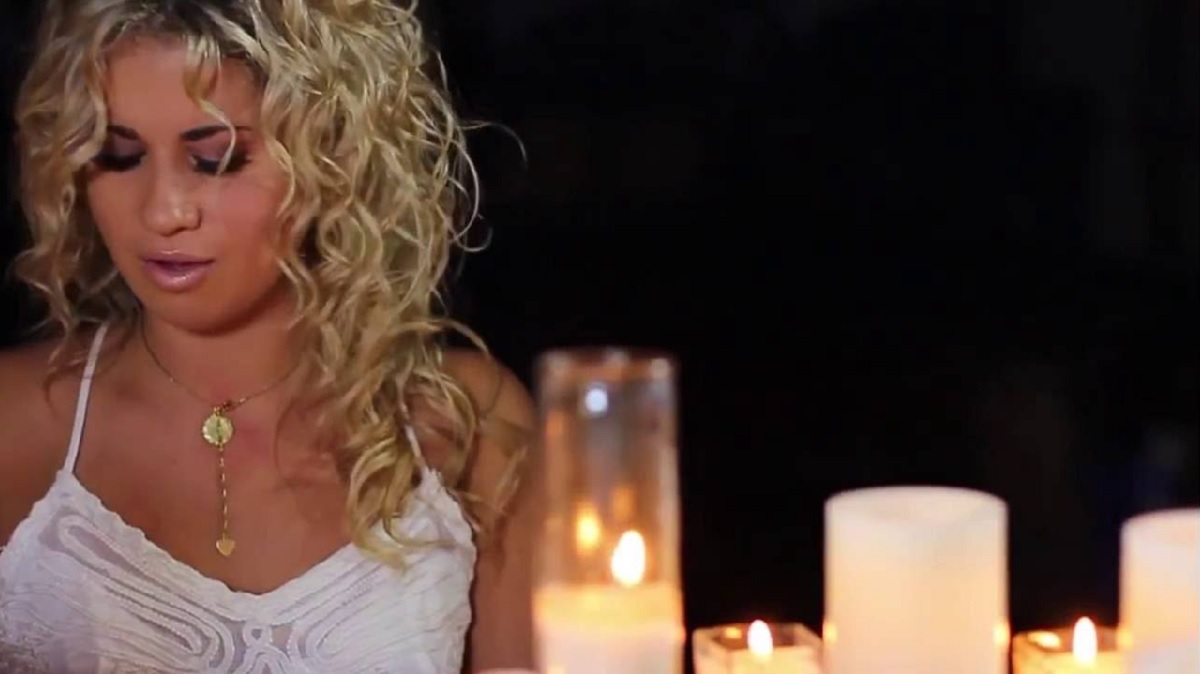 The Katelyn Jae 24kt song and music video was released in 2014 when Katelyn was pursuing her very own music career and was 2 years before she met Kane Brown.   Katelyn is from Philadelphia, Pennsylvania, and graduated from Berklee College of Music in May 2019.  Katelyn is now 29 years old and will turn 30 on June 19, 2021.  Watch her music video for 24kt and see more details below.

Then country music star Kane Brown met his true love and Katelyn Jae became his bride.  Katelyn was in total casual mode with her hair pulled up and wearing an oversized t-shirt when the couple first met. She was just enjoying her time at a Florida Topgolf location and had no idea who Kane was at all.

Kane actually didn’t talk to Katelyn one bit during their first encounter, but chose to message her on Instagram after returning home to Nashville. The “Heaven” singer wanted to know when they could meet up and ended up flying Katelyn up to Nashville for a dinner date and to meet some of his friends downtown.   The pair married on Friday, October 12, 2018 at Mint Springs Farm in Franklin, Tennessee. Following the wedding celebration, the newlyweds spent their honeymoon in nearby Gatlinburg.

In April 2019, the couple shared that they were expecting their first child together and revealed the baby’s gender while walking the 2019 Billboard Music Awards red carpet. Their daughter, Kingsley Rose Brown, was born on October 29, 2019.  Now, Katelyn is focused on being a mother and is no longer active with her music career.

We hope to see a duet from Katelyn Jae and Kane Brown in the future.

Remember to “share” the Katelyn Jae 24kt music video with other music fans!