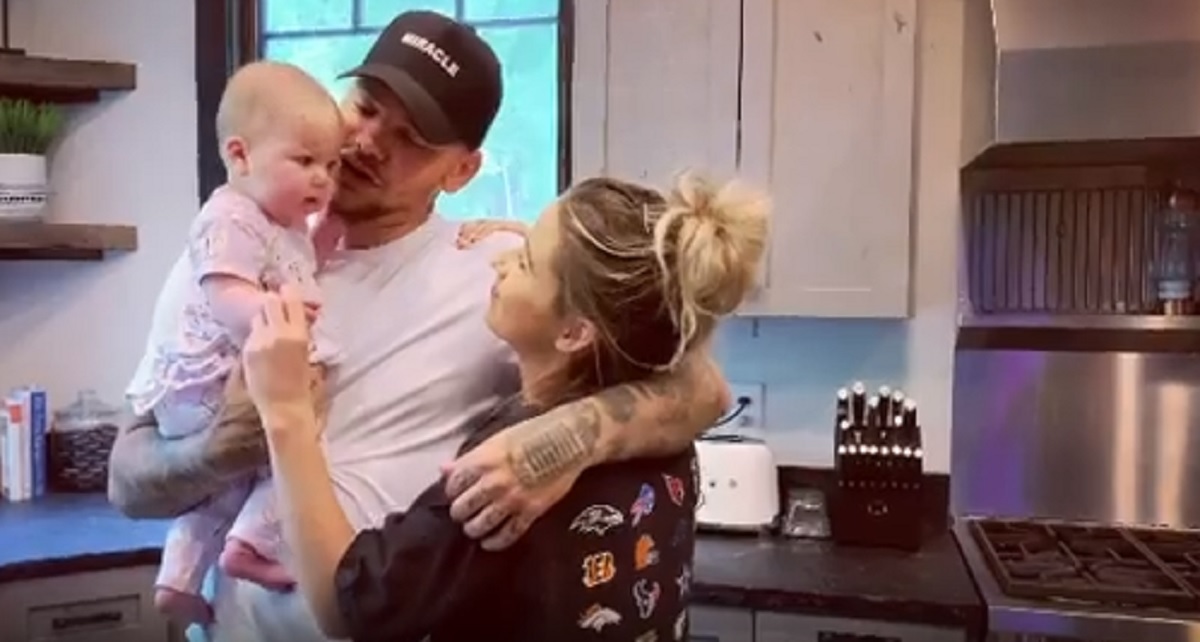 Kane Brown serenades his wife (Katelyn Jae) and baby girl (Kingsley Rose) with an unreleased song as he dances with his two favorite gals in the kitchen . . .

The Kane Brown Worship You song has not yet been released.  Watch Kane deliver a kitchen performance of his unreleased “Worship You” song as he dances with Katelyn and Kingsley Rose at their home outside of Nashville, Tennessee.

Kane sings the “Worship You” lyrics from his heart:  “Don’t get me wrong / I’m a God-fearing Christian man / But if you were a religion then / I don’t know what I’d do / Yeah, I might have to worship you”.  Kane truly does appear to worship Katelyn and Kingsley Rose in his real life actions.  Kane has not yet shared a release date for “Worship You” but the song is expected to appear on his forthcoming EP.. The upcoming album project will be the follow-up to Brown’s 2018 album, Experiment, which features his fifth consecutive No. 1 single,

The Kitchen appears to be the place to be in the Kane Brown and Katelyn Jae household. . .This dance off also broke out in the kitchen.

Remember to “share” this Kane Brown Worship You update with other Country Music fans.