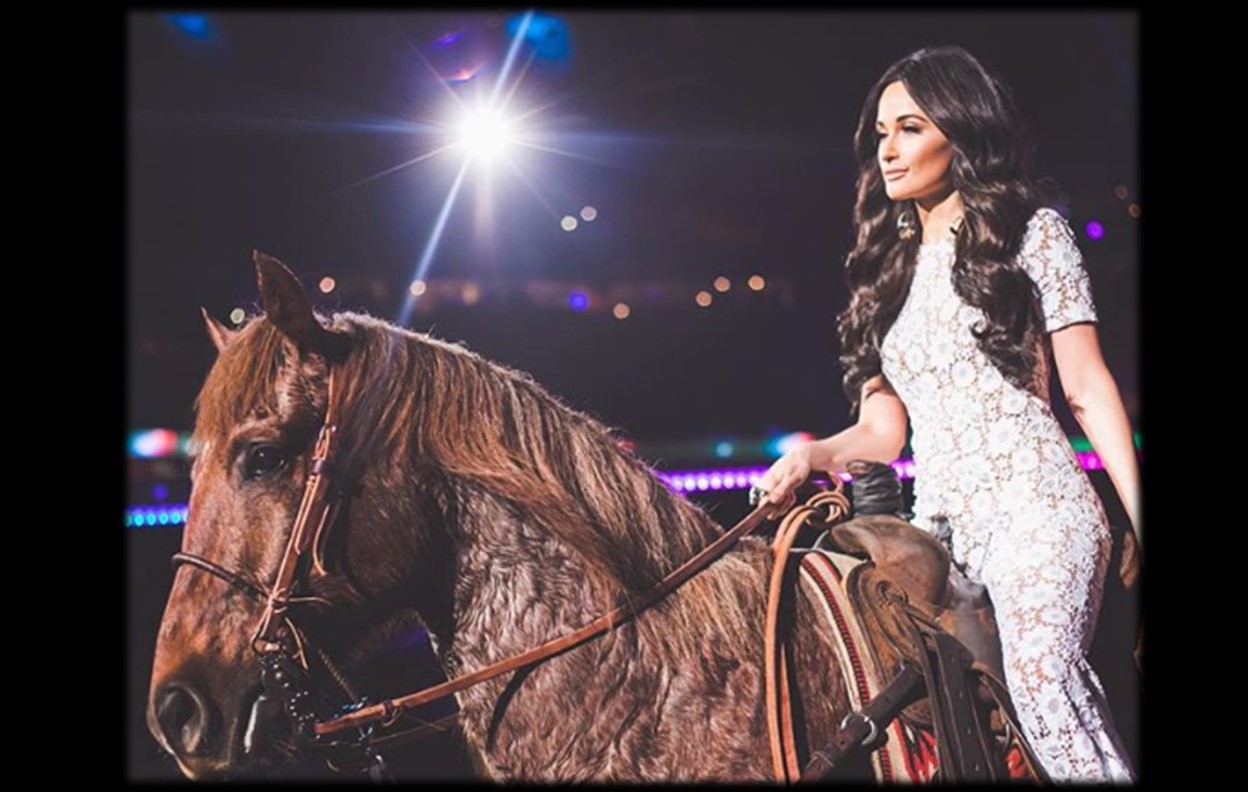 Country music star Kacey Musgraves paid tribute to Selena while performing at the Houston Livestock Show and Rodeo! Check out the video here!

Country music star Kacey Musgraves covered Selena during her show at the Houston Livestock Show and Rodeo in Houston, Texas on Feb. 25. Being a Texan by birth and by heart, Kacey has been a longtime fan of the well-known late singer. Watch Kacey perform one of Selena’s biggest hits, “Como la Flor,” below!

Even though the performance was everything a fan could dream of, it was extra special because Selena’s last RodeoHouston performance was Feb. 26, 1995 at the Astrodome. The star was tragically shot and killed not long after in March 1995. This tribute was not overlooked by fans, as some even referred to Kacey’s performance as “historic.” Even Selena’s sister, Suzette Quintanilla showed her appreciation for the cover as she captioned on Instagram, “Awww this makes me wanna shed a tear! Takes me back.”

Awww this makes me wanna shed a tear! Takes me back 🙏🏼💜 A Big Big Thank you @spaceykacey for the love at the Houston Rodeo tonite with that SELENA Y LOS DINOS Jam! 💜🔥🔥🔥🔥

“Suze!! Gracias x a million. The utmost respect to you, your sister, and the music y’all created,” Musgraves replied to her approval. “I first learned Como La Flor to sing in my 5th grade talent show (lol) and it was a dream to be able to pay homage tonight to one of the greatest innovators and queens of all time. Especially the day before the anniversary. In my home state.”

Kacey Musgraves’ cover was truly a beautiful gesture that was appreciated by many fans who miss Selena. The country music star certainly marked a few items off of her Texan Bucket List. And that’s got to count for something….

I know you have a new love

However i wish you the best

If you didn’t find happiness with me

Maybe, someone else will give it to you

That with so much love

I know how to lose

But, ay ay ay how it hurts

Ay ay ay how it hurts

If you see how hurts to lose your love

With your goodbye, you are taking my hearth

I don’t know if I will love again

Because I gave you all the love I could give

That with so much love

I know how to lose

But, ay ay ay how it hurts

Ay ay ay how it hurts

Make sure to share this with other Kacey Musgraves and Selena fans!