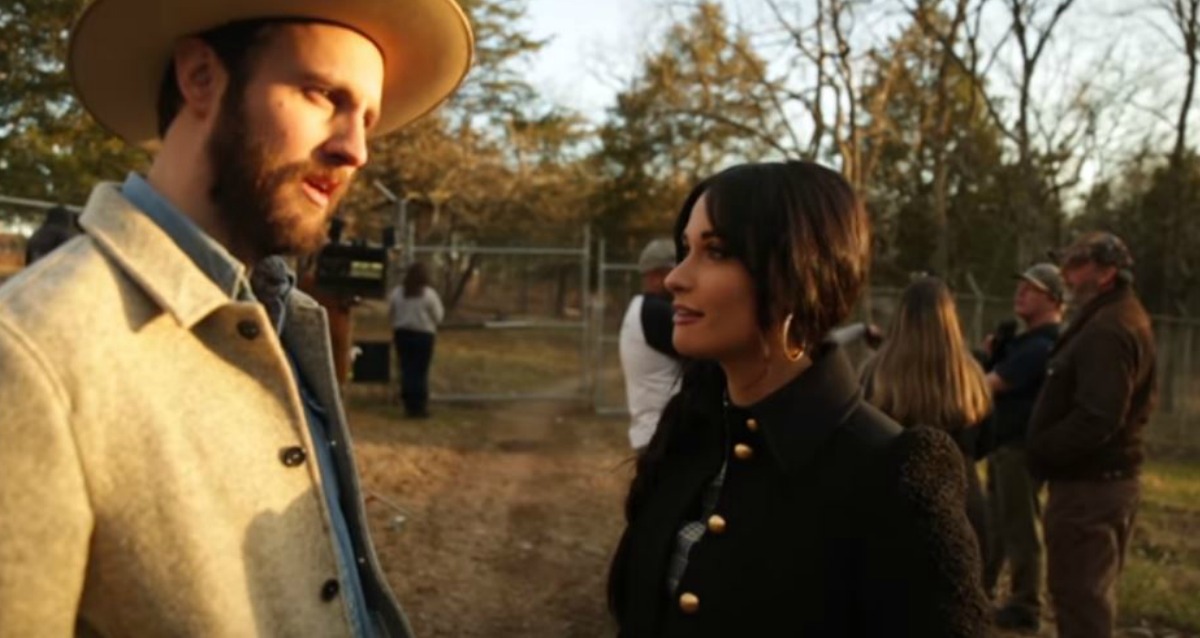 When Johnny Cash’s son John Carter Cash approached Ruston Kelly and Kacey Musgraves about being a part of a new album comprised of songs written from newly found poems and writings of his father, Kelly could only think of one that he would want to do.

It just so happened that Kelly, as a teenager 12 years ago, started to put music to a poem he had stumbled upon written by Johnny Cash to his wife June when she was still pregnant with their son.

The poem was titled “To June This Morning” and was written by Cash in the early morning hours before June had even woken up.

“[John Carter] approaches me and asked me if I would like to try out a song. I was like, ‘Well that’s kind of interesting, 11 years ago, I put music to one of your dad’s poems.’ I was messing around with it and realized Kacey … when I met her, I was in a very strange, dark spot. And she definitely brought the light out in me. So I felt a new, special connection to the classic love story of Johnny and June,” Kelly says in the video below courtesy Legacy Recordings/Sony Music Entertainment.

Kelly decided to get his then fiance and now wife Kacey Musgraves involved to bring the words to life as playing June in an abstract way.

“This is really special because it’s a poem that Johnny wrote June. It’s really cool — especially considering we had just gotten engaged — to think about the love that Johnny and June had for each other and putting that and how we feel about each other, just made it more special,” Musgraves said..

“We were newly engaged when we first recorded the song and then finishing the project and doing the video when we’re officially married, it’s just cool to honor two iconic lovebirds in that way together,” she explained in the behind-the-scenes video below.

“To June This Morning” will be one of the songs featured on the album Johnny Cash: Forever Words. Watch the finished version of the video by Kacey Musgraves and Ruston Kelly below: