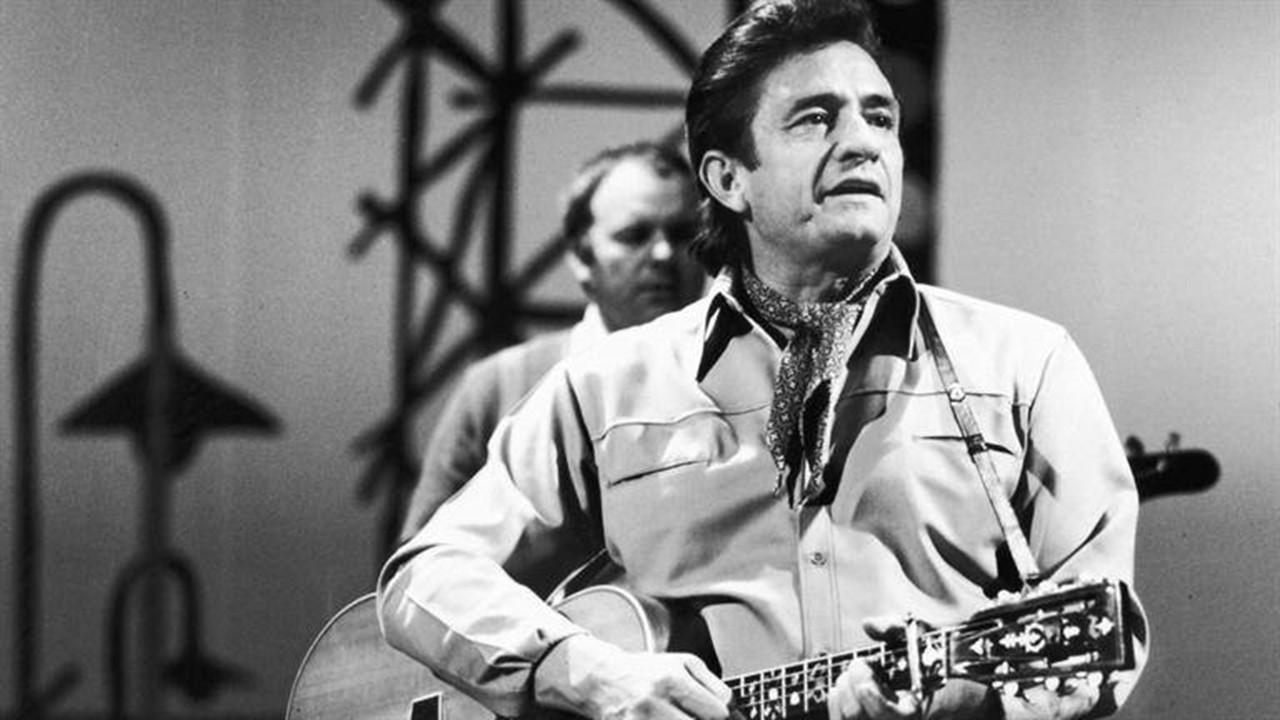 Enjoy watching a documentary about the “Man In Black” Johnny Cash that includes footage and archive material from the Cash estate.

This Johnny Cash Documentary was created with the full cooperation of the Cash estate and rich in recently discovered archival materials.  The film brings Cash the man out from behind the legend.  Johnny Cash stands among the giants of 20th century American life. This documentary took the remarkable Folsom Prison recording as a central motif and features interviews with family and celebrated collaborators.  The film explores the artistic victories, the personal tragedies, his struggles with addiction, and the spiritual pursuits that colored Johnny Cash’s life.

Many films have been made about the iconic singer and songwriter Johnny Cash.  Watch the Gift documentary and see more details below.

The Gift:  The Journey of Johnny Cash Documentary

In a previous interview with Cash’s daughter Rosanne regarding the live album At Folsom Prison she recalls “Partly what comes to mind is how scary my dad was sometimes. He could be very dark and scary and not very good at impulse control, to put it mildly. So some of that comes up and then his essential nature as an artist – the risk-taking and the rawness and the willingness to put all of the emotion, dark or light, on the line, nothing held back. It’s just so admirable.”

Since the new documentary will feature real footage of The Man in Black it could make for a more compelling and dramatic Johnny Cash movie than Walk The Line.

Check out one of Cash’s most famous songs “A Boy Named Sue” below with the lyrics!

Well my daddy left home when I was three
And he didn’t leave much to Ma and me
Just this old guitar and an empty bottle of booze
Now, I don’t blame him ’cause he run and hid
But the meanest thing that he ever did
Was before he left, he went and named me “Sue”
Well, he must o’ thought that is quite a joke
And it got a lot of laughs from a’ lots of folk
It seems I had to fight my whole life through
Some gal would giggle and I’d get red
And some guy’d laugh and I’d bust his head
I tell ya, life ain’t easy for a boy named “Sue”
Well, I grew up quick and I grew up mean
My fist got hard and my wits got keen
Roam from town to town to hide my shame
But I made me a vow to the moon and stars
I’d search the honky-tonks and bars
And kill that man who gave me that awful name
Well, it was Gatlinburg in mid-July
And I just hit town and my throat was dry
I thought I’d stop and have myself a brew
At an old saloon on a street of mud
There at a table, dealing stud
Sat the dirty, mangy dog that named me “Sue”
Well, I knew that snake was my own sweet dad
From a worn-out picture that my mother’d had
And I knew that scar on his cheek and his evil eye
He was big and bent and gray and old
And I looked at him and my blood ran cold
And I said: “My name is ‘Sue!’ How do you do!?
Now you gonna die!”
Yeah that’s what I told ’em
Well, I hit him hard right between the eyes
And he went down, but to my surprise
He come up with a knife and cut off a piece of my ear
But I busted a chair right across his teeth
And we crashed through the wall and into the street
Kicking and a’ gouging in the mud and the blood and the beer
I tell ya, I’ve fought tougher men
But I really can’t remember when
He kicked like a mule and he bit like a crocodile
I heard him laugh and then I heard him cuss
He went for his gun and I pulled mine first
He stood there lookin’ at me and I saw him smile
And he said, “Son, this world is rough
And if a man’s gonna make it, he’s gotta be tough
And I know I wouldn’t be there to help ya along
So I give ya that name and I said goodbye
I knew you’d have to get tough or die
And it’s the name that helped to make you strong”
Yeah he said, “Now you just fought one hell of a fight
And I know you hate me, and you got the right
To kill me now, and I wouldn’t blame you if you do
But ya ought to thank me, before I die
For the gravel in ya guts and the spit in ya eye
‘Cause I’m the son-of-a-bitch that named you “Sue”
Yeah what could I do, what could I do
I got all choked up and I threw down my gun
Called him my Pa, and he called me his son
And I come away with a different point of view
And I think about him, now and then
Every time I try and every time I win
And if I ever have a son, I think I’m gonna name him
Bill or George! Anything but Sue! I still hate that name! Yeah
Songwriters: Shel Silverstein

Remember to “share” the Johnny Cash documentary with other country music fans !