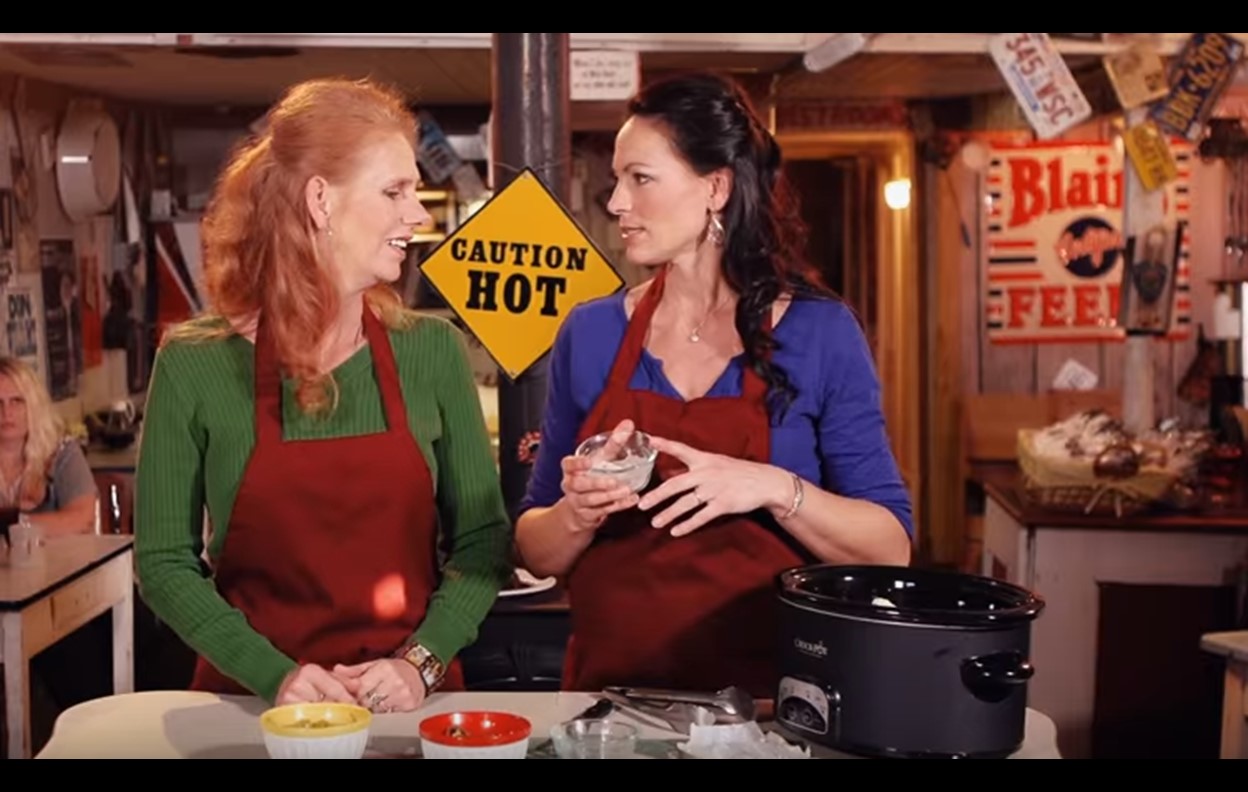 Joey Feek's cooking know-how can still be enjoyed at Marcy Jo's Mealhouse and Bakery and through her series of videos! Watch some of them here!

Back in January 2007, Joey Feek and Rory’s sister Marcy Gary opened up their Columbia, Tennessee eatery Marcy Jo’s Mealhouse and Bakery. When not tied up with Joey + Rory obligations, Joey would work at the homey establishment which serves up a delicious array of comfort food. During RFD-TV’s ‘The Joey+Rory Show,’ Marcy and Joey would often share some of their favorite recipes with viewers. Let’s take a look back at this culinary duo’s best dishes. You can even purchase the official Marcy Jo’s Cookbook written by Marcy and Joey here. Watch Joey Feek’s cooking skills below!

All of these recipes look like real winners. The chemistry between Joey and her sister-in-law Marcy was so natural and full of humor. Joey is truly missed.

Share Joey Feek’s cooking and recipes with other fans of this inspiring family!

If all the clothes you wear are camouflage
And you drive around in a dually Dodge
With a blue-tick hound ridin’ in the bed
You’re red, you’re red

If you’re into sittin’ in a tree stand for daylight
With an eight point buck in your sights
And not for sport but to keep your family fed
You’re red, man you’re red

You’re red, white and blue
Country through and through

If your arms are tan and your chest is white
And your idea of eatin’ right
Is turnip greens, fried chicken and cornbread
You’re red, You’re red

Now, if you don’t know who your congressmen are
But you can name every driver in NASCAR
And you cried when you heard Earnhardt was dead
You’re red, man you’re red

You’re red, white and blue
Country through and through

If Haggard sings your favorite song
And you learned the difference between right and wrong
With a hickory switch out behind the shed
You’re red, you’re red