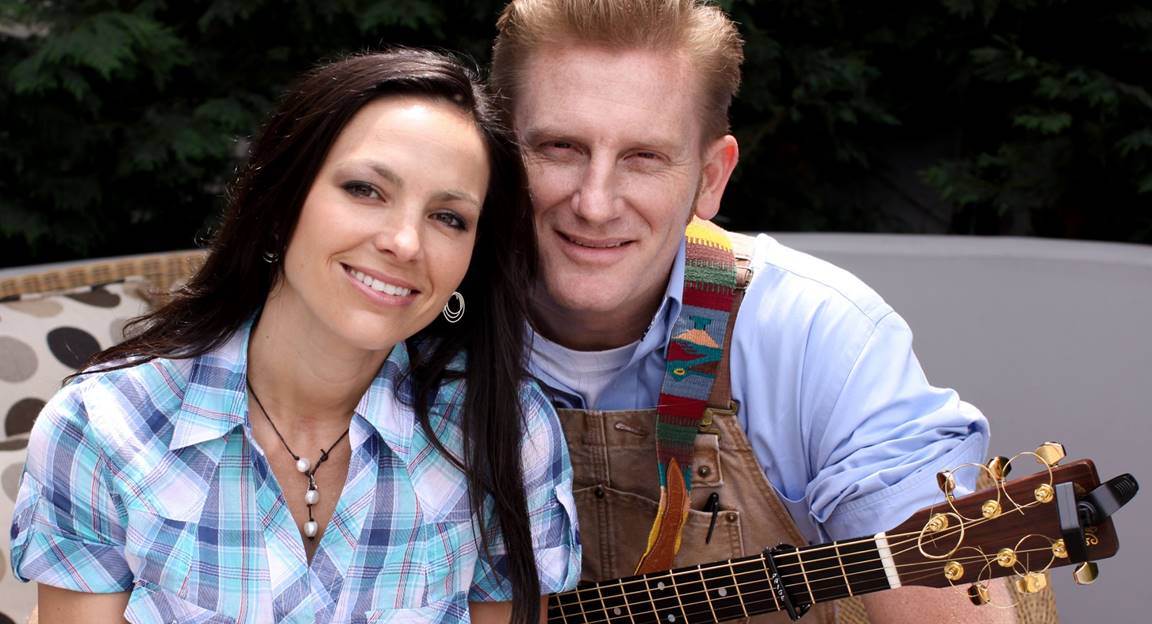 Last night during the Academy of Country Music Awards, country music paid tribute to one of their own— Joey Feek. Seasoned entertainers Darius Rucker and Martina McBride asked everyone in attendance to give Joey Feek one final giant round of applause. The crowd responded with an enthusiastic standing ovation as Joey’s photo appeared in the background of the stage.

Despite Joey+Rory receiving an ACM Award nomination for ‘Vocal Duo of the Year,’ Rory did not attended the ceremony. Instead, daughter Hopie and Joey’s best friend, Julie Zamboldi, stood in for the duo during the award show based in Las Vegas.  Florida Georgia Line walked away with the honor—their third consecutive win in the category.

Joey Feek passed away on March 4th after a courageous battle with Stage 4 cervical cancer. As he did during her last months of life, Rory has been keeping fans updates on their 2-year-old daughter Indiana and their adjustment to life back on the Tennessee farm they call home via his This Life I Live blog.  View more Feek family updates by clicking the button below!