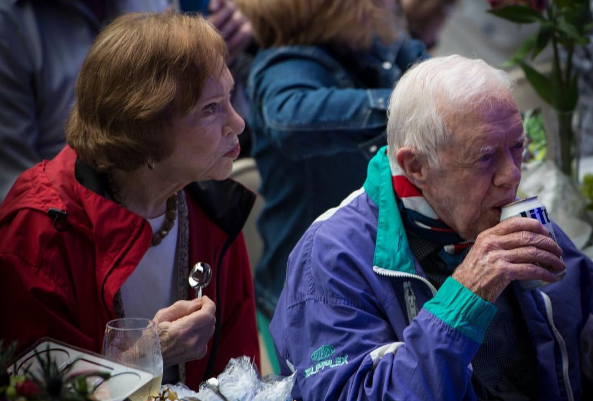 This audience was shocked when Jimmy Carter and his wife climbed on stage with Willie Nelson. Watch!

On Friday, May 20th, former president Jimmy Carter and his wife showed up to the Willie Nelson concert in Atlanta. They showed up fashionably late and sat right in the front row as Kris Kristofferson performed.

Ben and Noel Haggard, who were taking their late fathers place that night witnessed it first hand and captured the moment brilliantly on social media.

The moment president jimmy carter walks in while you are singing and sits down right in front of ya and cracks open a beer..

Later on in the night, Carter and his wife both joined Willie on stage for a touching rendition of “Amazing Grace” that was clearly directed to their late friend Merle Haggard.

Willie Nelson is still going strong and it’s truly great to see so many legacies living on in one room. Watch the fan’s view of the historic moment below.