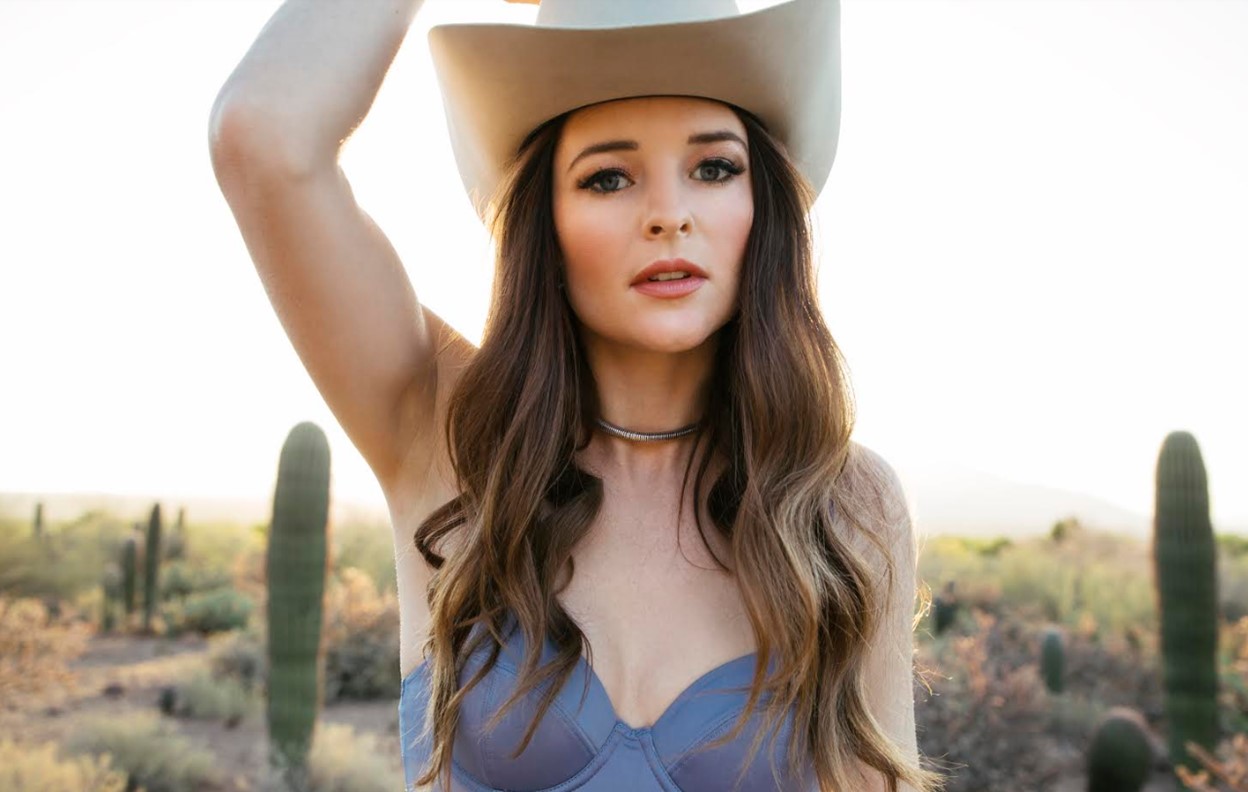 Rising country music singer-songwriter Jenna Paulette touts a “New West” style of country, which expertly marries the traditional with the contemporary. From opening gigs with Zac Brown Band, Joe Nichols, Russell Dickerson, and High Valley to remaining a staple of Song Suffragettes, a weekly woman-only singer-songwriter showcase at Nashville’s Listening Room Cafe, Paulette is carving out her very own place in Music City.

Producers Brad Hill (Maren Morris, Lucie Silvas, Brett Young) and Lee Holland, have both guided the Texan towards sharper-focused storytelling and defining what it means to be a cowgirl in 2018.

“‘Shooting Stars’ is the first song I wrote that gave me direction as an artist like nothing I had ever written. I wrote it over Skype actually with Jordan Reynolds in about 30 minutes. Some songs just happen fast like that. It felt western and edgy without making the breakup about a guy being a cheater or a horrible person. The truth of the real breakup was that I wanted to believe that guy was ‘the one’ and knew in my gut that he wasn’t and dove in headfirst anyway. To me, it is about what you do with the emotional attachment you allowed that you knew you weren’t supposed to– I didn’t need to go ruin his stuff or reputation… I needed to get my frustration with myself and my attachment to something I should have never wished for in the first place off my own chest. ‘Shooting Stars’ helped me do that,” Paulette explains about her latest track.

“I wanted to do a three video series of the natural progression of this relationship. I wanted to depict that it was fun at the beginning and I WANTED to be in love so bad that I let myself go there with the wrong person– so much that I truly believed I was going to marry him. I would push any doubts I had about it down as far as I could to keep feeling all the good stuff until I couldn’t any more. ‘F-150’ depicts the beginning of that relationship, ‘Slow Dancing on the Moon’ the middle and ‘Shooting Stars’ the breakup. With ‘Shooting Stars’ I feel like people would have felt unsatisfied if I didn’t go all the way with the idea and get out there ‘Annie Oakley’ style and stand on the hood of my car actually ‘shooting stars…’ so that’s what we did. We didn’t actually shoot the gun for safety reasons, so I acted all the shooting parts, but it was so fun to feel like a total bad girl for a minute,” shares Paulette about the music video and other related songs from her forthcoming EP.

“I LOVE Marfa, Texas. It’s just my kind of pretty. Marfa, in particular, is essentially me all wrapped up in a tiny Texas town. It’s cowboys, a Dairy Queen and modern art around a town square. I come alive out there. It’s perfect, and I can’t wait to go back,” Jenna adds about the music video’s location.

Be sure to share Jenna Paulette’s fresh take on the country music genre with others who would appreciate it!