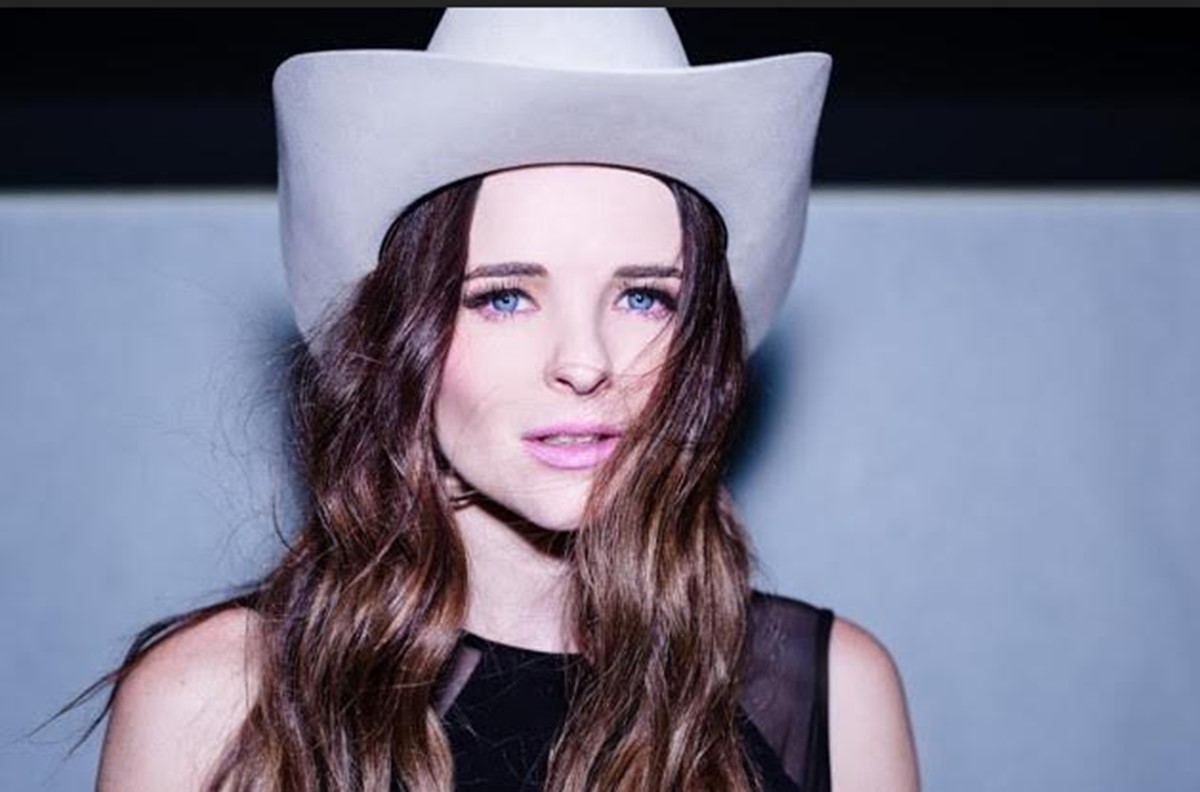 There’s a point in time when every artist is at a crossroad, having to decide which direction they’d like to take their sound— Country newcomer Jenna Paulette took a seat right in the middle, creating a sound and lifestyle that she describes as ‘New West.’

“It’s a combination of old and new, keeping tradition but being a part of the modern world,” she explains. “It’s a representation of the two worlds I grew up in – a balance of the two.”

After taking a listen to her debut single “Coolest Girl in the World,” it’s clear Jenna has found a unique place in the pop-country format, offering a sound that’s sure to get everyone’s attention.

“It has this traditional feel with a clean modern twist,” Jenna shares. “I went into the project wanting pop rhythms, mandolin for texture, but for pedal steel to be the leading lady.”

When you turn on the radio and hear a love song, it’s either sappy and poetic or magical and unrealistic. “Coolest Girl in the World”, co-written by Jenna and Jordan Reynolds (Keith Urban, “Getting in the Way”; Lauren Alaina, “Three”), dodges those scenarios by creating an upbeat tempo with realistic lyrics that take you back to memories of your first love.

“You’re either the guy, wanting to make the girl feel like she’s the girl in the song on the radio, or you’re the girl, wishing you were one of the girls they sing about,” Jenna reflects.

As Jenna’s lyrics dance along with her infectious melody, you can’t help but turn it up and wish you were the subject of the song. The message exemplifies her mission: “My goal in life is to reach people and motivate them to become the best versions of themselves. I want to write and sing songs that are true, that I would want to dance and sing to and ‘Coolest Girl In The World’ is that for me. It helped me put something I had felt for years into words and melodies that make me feel like the sparkle emoji inside.”

Her motives are made even more clear given her upcoming campaign partnership with L.A.-based Step Up, an organization that “propels girls from under-resourced communities to fulfill their potential by empowering them to become confident, college-bound, career-focused, and ready to join the next generation of professional women.” The campaign will feature several 30-second videos of accomplished and inspirational women talking about what makes them feel like the “Coolest Girl in the World” with the hopes of bringing awareness to Step Up’s work. A portion of Jenna’s merchandise sales will all be going back to Step Up as well.

Jenna does a fantastic job of capturing the thrill of falling in love through her lyrics and delivery. “Love songs are my love language and I wanted to write a song about that. That’s what ‘Coolest Girl in the World’ is all about,” the singer-songwriter adds.

Enjoy listening to the track below!

Love what you hear? Share this with other country music fans!