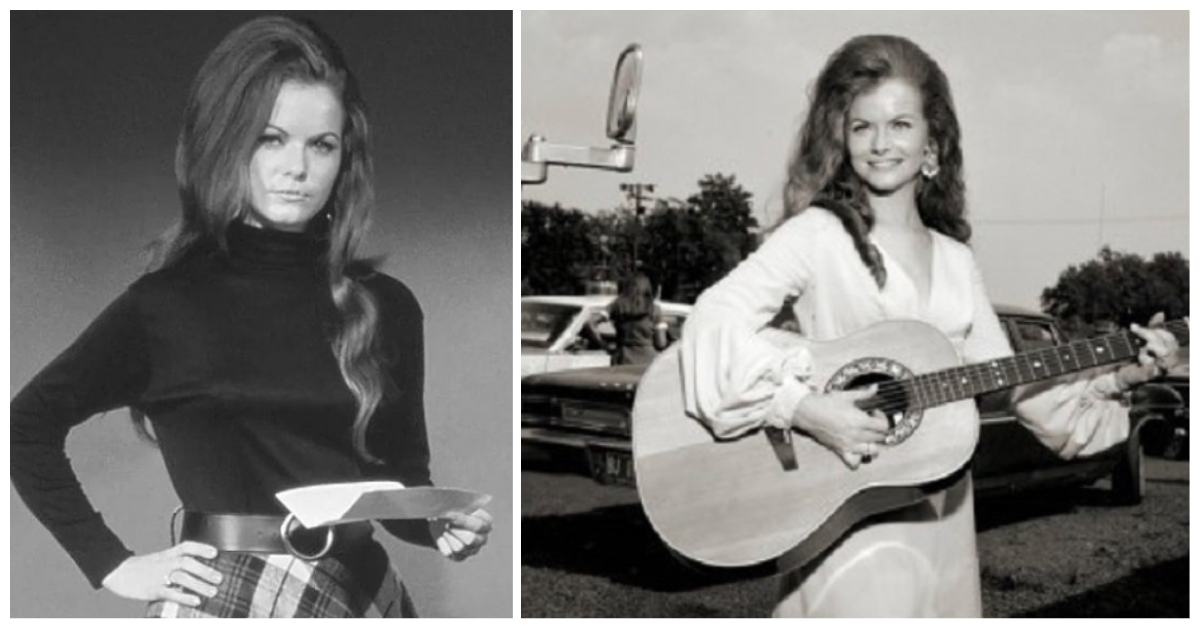 The Jeannie Riley Harper Valley PTA song became a #1 country hit starting September 28, 1968.  Her debut, sold over six million copies as a single, and it made her the first woman to top both the Billboard Hot 100 and the U.S. Hot Country Singles charts with the same song (but not at the same time).  This feat that would not be repeated until Dolly Parton’s “9 to 5” did so 13 years later in 1981.  Jeannie Riley was born October 19, 1945 in Anson, Texas.  This song was Riley’s only Top 40 pop hit and her only tune to reach #1 on the Country Music charts. Riley’s version of “Harper Valley PTA” also won her a Grammy Award for the Best Country Vocal Performance (Female).

The music video became the most popular of Jeannie’s career with over 29 million views as of September of 2022.  Watch Jeannie perform “Harper Valley P.T.A.” and check out the written lyrics below.

This song was written by Tom T. Hall.

I wanna tell you all a story ’bout
A Harper Valley widowed wife
Who had a teenage daughter
Who attended Harper Valley Junior High
Well, her daughter came home one afternoon
And didn’t even stop to play
And she said, “mom, I got a note here from the Harper Valley PTA”
Well, the note said, “Mrs. Johnson
You’re wearin’ your dresses way too high
It’s reported you’ve been drinking
And a-running ’round with men and goin’ wild
And we don’t believe you oughta be a-bringin’ up
Your little girl this way”
And it was signed by the Secretary
Harper Valley PTA
Well, it happened that the PTA was gonna meet
That very afternoon
And they were sure surprised
When Mrs. Johnson wore her miniskirt into the room
And as she walked up to the blackboard
I can still recall the words she had to say
She said, “I’d like to address this meeting of the Harper Valley PTA
Well, there’s Bobby Taylor sittin’ there
And seven times he’s asked me for a date
And Mrs. Taylor sure seems to use a lotta ice
Whenever he’s away
And Mr. Baker can you tell us why
Your secretary had to leave this town?
And shouldn’t widow Jones be told to keep
Her window shades all pulled completely down
Well, Mr. Harper couldn’t be here
‘Cause he stayed too long at Kelly’s Bar again
And if you smell Shirley Thompson’s breath
You’ll find she’s had a little nip of gin
And then you have the nerve to tell me
You think that as the mother I’m not fit
Well, this is just a little Peyton Place
And you’re all Harper Valley hypocrites”
No, I wouldn’t put you on because it really did
It happened just this way
The day my mama socked it to the Harper Valley PTA
The day my mama socked it to the Harper Valley PTA