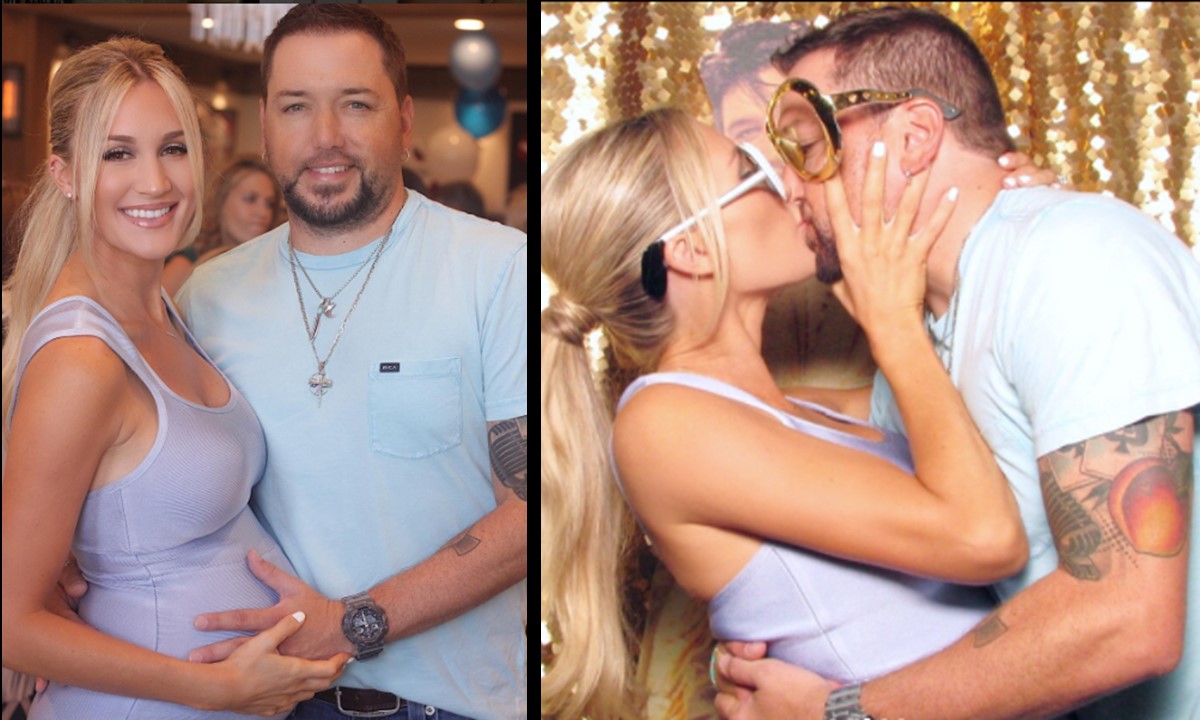 Country music star Jason Aldean and his very pregnant wife, Brittany Kerr Aldean, are both safe after the tragic mass shooting which took place at the Route 91 Harvest Festival in Las Vegas on Sunday night. Obviously Brittany is still quite shaken after the attack and is thankful that she, her husband, and unborn baby escaped injury during the chaos. Read her latest statement below!

The line about Brittany thinking about never getting to hold her son just breaks our hearts.

Shortly before heading out to Las Vegas, Brittany provided a baby bump update for their many fans to enjoy.  While Jason Aldean is already is a father of two daughters, Keeley and Kendyl Williams, this baby is the couple’s first child together.

The couple is ecstatic about welcoming their baby boy into the family and have been giving fans updates including one which reveals sonogram pictures of their little man! This Brittany Aldean post reveals just how excited she is for the arrival of her first child.

The baby will be here right in time for the holiday season and already has a name— Memphis Aldine Williams! The couple said they wanted something unique since both of them have pretty common names. The couple agreed on ‘Memphis’ which is a very unique name and fits the little spirited ‘Johnny Cash’ baby well.

This is how you know ur kid is gonna be a badass!!! #johnnycashspirit 🖕🏼#liloutlaw

Jason and Brittany Aldean have both been extremely good about keeping their fans in the loop on baby updates via social media. One post featured their baby shower in Nashville— complete with a picture of the table with gold balloons reading ‘Memphis’ and the plethora or gifts they received from family and friends.

This isn’t the only super adorable update given with his name highlighted, the first picture of the completed baby room by Jason Aldean was posted on September 2nd and has ‘Memphis’ as the main focal point.

We finally got our lil man's room ready for him. Can't wait to meet you and bring you home to ur new room, Memphis.

Even with a baby on the way soon, the pair are still traveling and keeping up with the superstar’s They Don’t Know Tour. Out of respect for the Las Vegas shooting victims, Aldean has cancelled his scheduled tour dates for this weekend. View the remaining dates below!

Share this update with other Jason and Brittany fans!