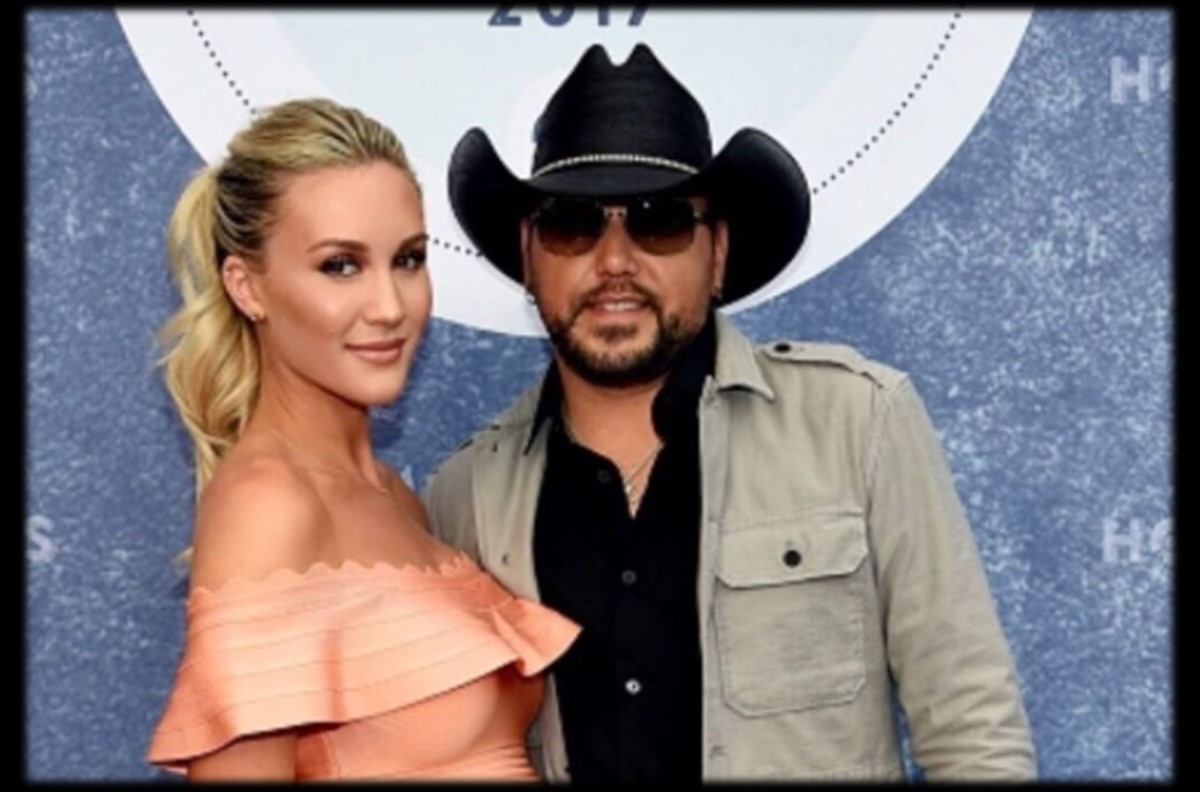 Country music singer Jason Aldean and his wife Brittany Kerr Aldean are expecting their first child together this coming December.

“They Don’t Know” singer Jason Aldean recently attended the Academy of Country Music Honors Awards at the Ryman Auditorium in Nashville, Tennessee with his very pregnant wife Brittany Kerr Aldean and the pair made quite a picture!

Brittany chose to wear a snug peach, off-the-shoulder dress that put her baby bump front and center for the cameras. It seems that she is enjoying her pregnancy and feeling beautiful.

Aldean wore his signature black cowboy hat with sunglasses and a tan coat and looked happy as could be with his wife and soon-to-be new son.

This will be the first child for Brittany but the third for Jason, who is already father to 10-year-old Kendyl and 14-year-old Keeley with ex-wife Jessica Ussery.

A name hasn’t been revealed for baby Aldean just yet, they have a few more months to keep things quiet before the little guy meets the world in December.

Aldean has admitted that picking a name hasn’t been as easy as he thought it would be.

“You know it’s funny, we found out picking a name for our son has been tougher than we thought. Names that I liked, she didn’t like and names that she liked, I didn’t like,” Aldean said.

“We’ve got a few names under consideration, but we haven’t told anybody what they are yet, and my wife is sitting right there – she’d probably hit me with a rock if I said it right now,” Aldean told PEOPLE in an interview.

The new baby will be the first boy on both sides of the family for a generation, so picking a good boy name might be a little difficult with so much pressure!

“We’ve got a little boy on the way at the end of the year,” Aldean told us. “It’s actually the first boy on either side of family in quite a while. My sister has three girls; I have two; my wife’s sister has two girls. So it’s all girls, no boys. This is going to be the first one. We’re excited!”

Check out some of Brittany’s fiercest maternity looks below!

Number One Party with my talented hubby💚 Jacket: @houseofcb