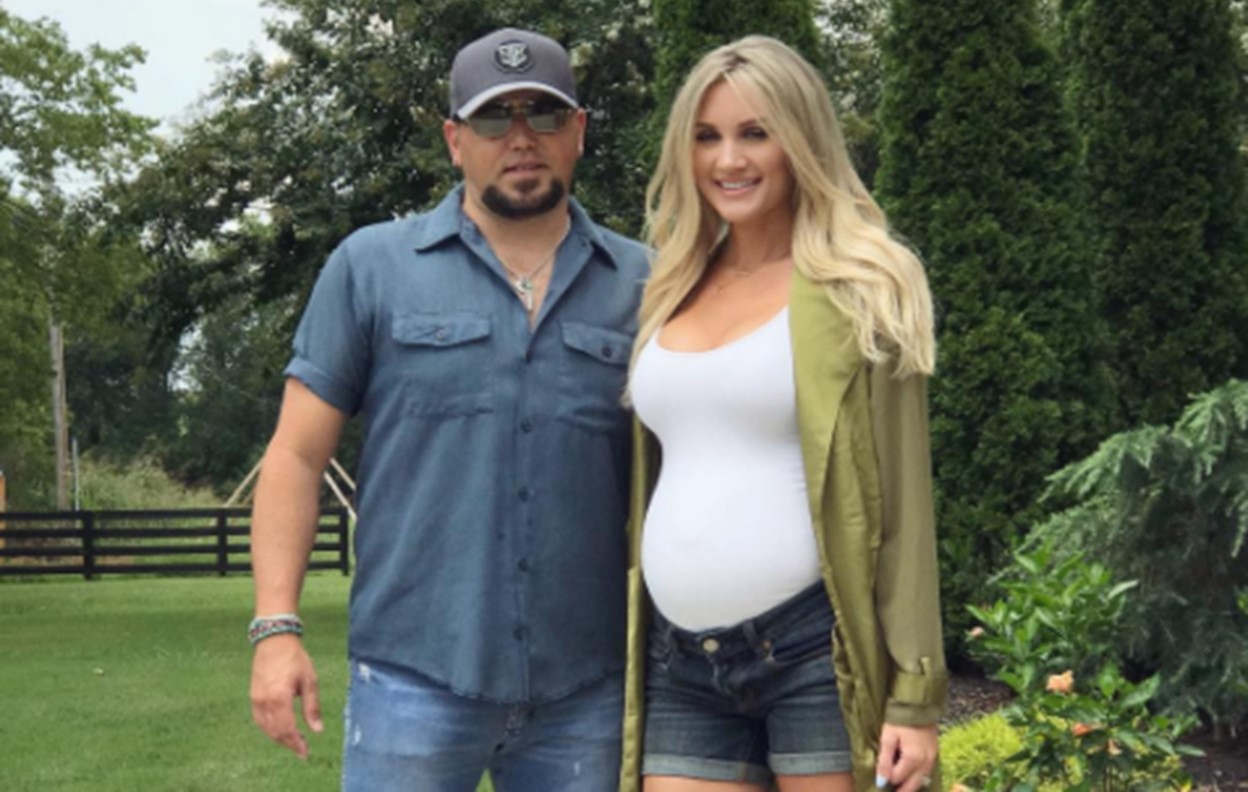 In a new video shared via the expectant mother’s Instagram, Brittany shows off her dance moves and adorable baby bump while hanging out with a friend beside a tour bus.

Brittany looks great and we hope pregnancy is treating her well! As for baby Aldean’s name, the couple has chosen a name but won’t make it public yet.

“That’s one of the things were kind of keeping under wraps a little bit right now,” Aldean shared during a recent interview with Chicago’s BIG 95.5 radio station. “Actually, we had a ton of names, [but] there was only one where we both went, ‘Yeah, that’s cool.’ So there’s only one that we agreed on, so I kind of knew that was going to be the name early on, and I think that’s what it’s going to be. Coming soon…”

Though we don’t know what moniker the couple landed on, we do know it has nothing to do with the four cardinal directions. The star made that clear when talking to Entertainment Tonight prior to the CMT Awards back in June, “We’re finding out that boy’s names are a lot harder to come up with than girl’s names for some reason. We got a couple of things that we like, but nothing for sure yet. It will be something unique and different. Nothing crazy like a direction—east, west, north, south, none of that stuff.”

We’ve complied a few of our best guesses for the little dude’s moniker— Hoyt, Boone, Macon, Bowe, Sanford… Have any of your own?

Besides waiting for his son to be born around the holidays, Aldean is busy recording new music for his 8th studio album. Although no official release date or details have been shared, the country singer wants his fans to start getting hyped for the new record now.

Share this update with other fans of Jason and Brittany!