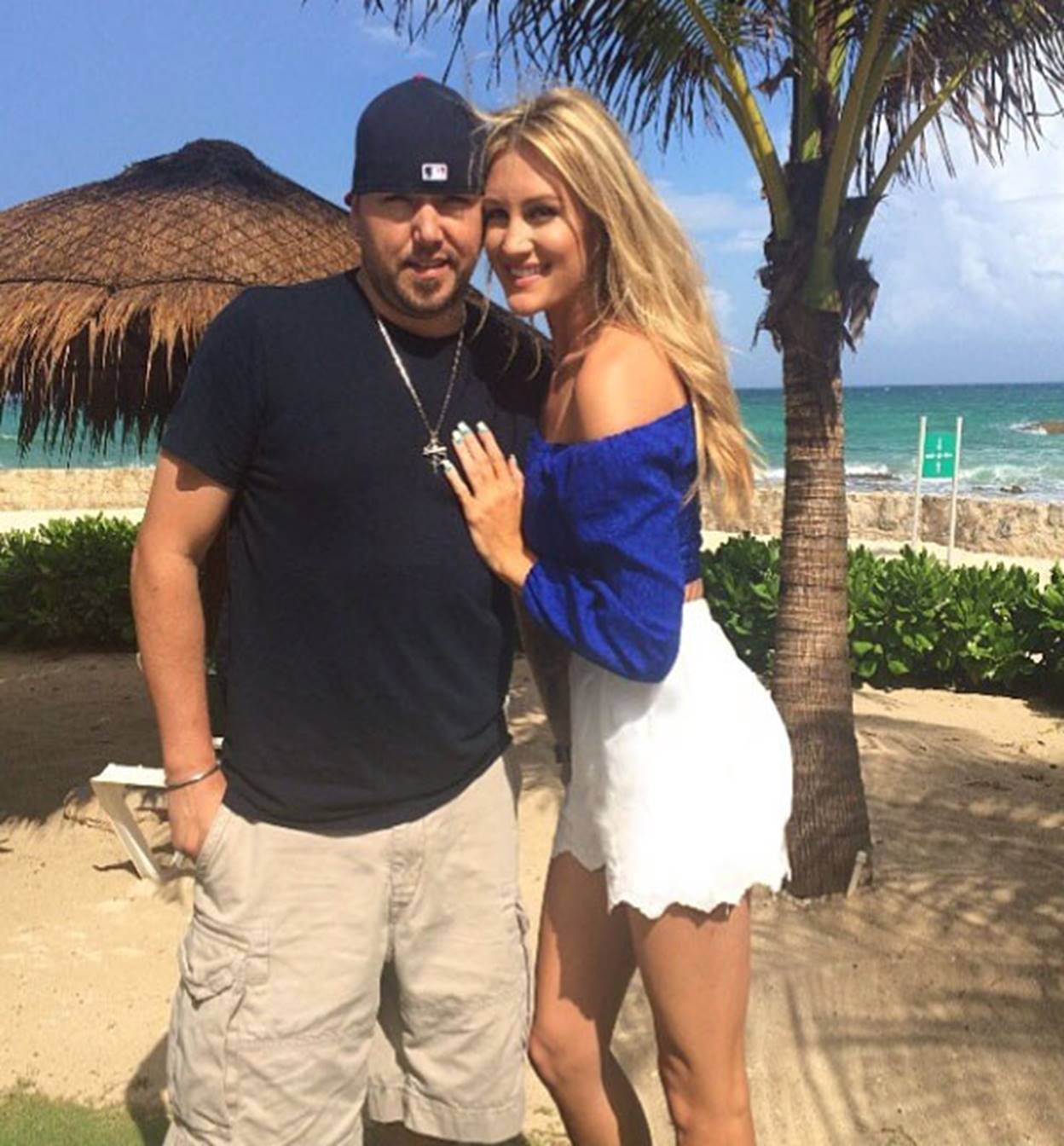 It’s been a whole year since Jason Aldean and former NBA dancer and ‘American Idol’ contestant Brittany Kerr got hitched quietly on a beautiful beach in Mexico on March 21, 2015 becoming Brittany Aldean and his official second wife.  Despite the drama of their first romantic encounter, Aldean’s two daughters from his previous marriage to Jessica Ussery, Keeley and Kendyl, acted as junior bridesmaid and flower girl during the secret ceremony.

The couple went to great lengths to avoid a media frenzy and kept plans completely private. The only detail guests were given ahead of time was the name of who would officiate— Willie Robertson of “Duck Dynasty” fame. Even Kerr’s own mother was kept out of the planning loop.

“Nobody really knew. We just sort of said this is where you need to fly to. Just fly there, we’ll pick you up and then just don’t worry about it from there on out,” Jason told the Today Show back in 2015. “It was kind of fun for everyone because it was a surprise, they didn’t know where we were staying or where the wedding was. Believe me, it was months of working on this stuff.”

At the 2015 CMA Awards, E! News asked the couple to share their top wedding day advice. Brittany mentioned breaking out in hives due to a new type of sunscreen the day of her nuptials and warned other brides not to try out new products so close to their big day.

As expected, even the famous are quickly plagued by the “So when are you having babies?” question. During a recent interview with Entertainment Tonight, Aldean provided an answer to the common question blasted at newly married couples.

“We’re talkin’ about it,” Aldean admitted. “She’s a lot younger than I am, so I gotta make this happen quick. I don’t want to be the old dad! It’s something we definitely want, at least one kid and possibly two, we’ll see. It’s something we’ve talked about a lot. Hopefully in the next couple years.”

Fans can catch the Georgia native on his We Were Here Tour also featuring “Die A Happy Man” singer Thomas Rhett. Enjoy more Jason Aldean updates by clicking the button below!