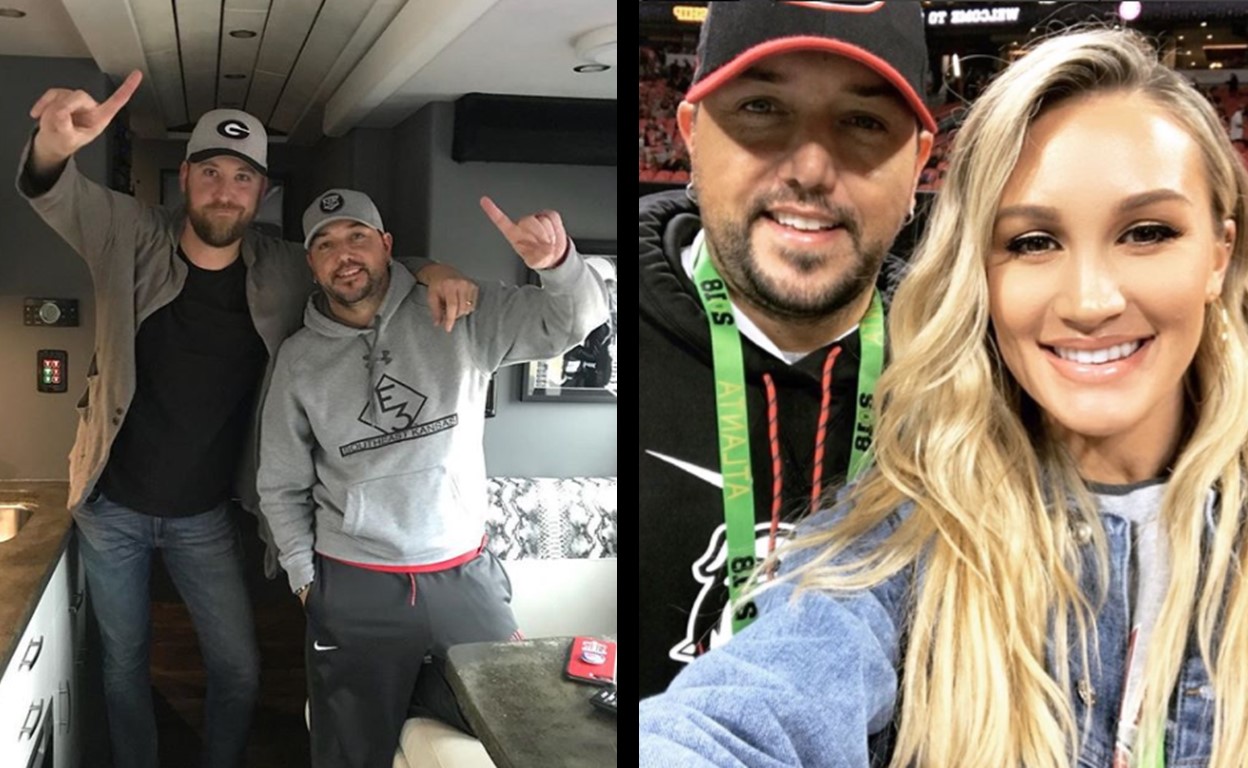 Despite Georgia's loss, country music star Jason Aldean had a blast at the National Championship game. Check out these pictures of his experience!

Although Brittany was surrounded by rabid Bulldogs fans in Atlanta, that didn’t stop her from representing her favorite team to the max.

“Amongst all these Georgia fans, she’s swagged out, she’s all the way Alabama fan,” Jason shared with Sirius XM’s The Highway before the game, adding. “Neither one of us rubs it in each other’s face. Honestly, last year when Alabama played Clemson, I actually got tickets and took her to the game, because I knew she wanted to go, and I was pulling for ‘Bama. I was hoping they would win.”

While Ma and Pa Aldean cheered on their respective teams, baby Memphis was at home in Tennessee with his grandparents. Ultimately, Alabama proved victorious with a final score of 26-23. Though Jason and Brittany love their football, they keep their loyalties in check for the sake of their relationship.

“It’s kind of a fun little rivalry,” Jason quipped, explaining that the ‘tension’ is all in good fun. “We don’t take it too seriously.”

That didn’t stop the pair from using their lucky charm, 1-month-old Memphis, to help their team win…

Check out these snapshots from this crew’s adventure!

Yes, they totally too a tour bus to the game! Go big!

Heading to the #nationalchampionship game with @jasonaldean and our wives! Can’t wait to cheer on the dawgs! @georgiafootball @mercedesbenzstadium #godawgs

Brittany gets resourceful to protect her game day look!

Cassie and Charles strike a pose!

Taking it all in at the #cfbplayoff #nationalchampionship! Dawg fan by marriage + happy to be here 🐶 @charleskelley #godawgs

Soaking in all the football goodness from up close.

Happiest man in the world right now ….on the GA sideline!!! 🏈ROLL TIDE🏈

Congrats to Alabama on the big win! We’re sure Brittany is on Cloud 9 today…