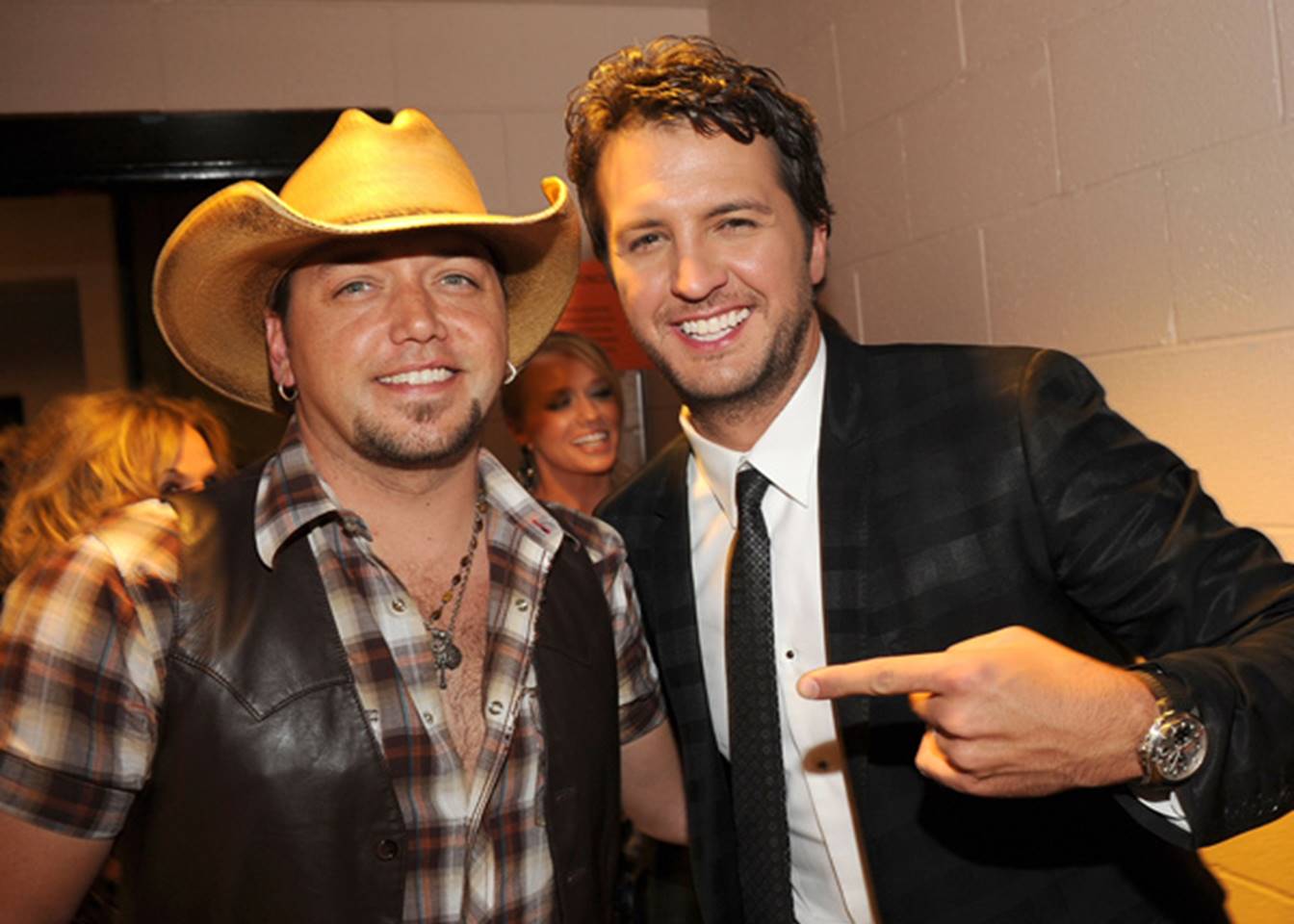 Jason Aldean and Luke Bryan are certainly two of the biggest names in country music today. See what Jason had to say about their friendship here!

In a new interview with Rolling Stone, country music superstar Jason Aldean discussed a range of topics from his blue collar roots to his new single “Any Ol’ Barstool” to his friendship with fellow country entertainer Luke Bryan.

The Georgia natives have a lot in common personally and professionally and are even business partners together in Buck Commander.

“There’s a bond there that I think is hard to describe. When things happen on this level, when shows are selling out in four minutes, when you get that big, your life changes in a hurry. Everything you know is really different… Everything starts to change,” Jason reflected on their special relationship and red hot careers.

“With Luke, he and I are ones that can pick up the phone and say, ‘This is what’s going on. Have you experienced this? How would you handle that?” Our lives and careers have been parallel. We got to go through all that stuff together. Things that a lot of people don’t understand, he and I do. On the other side of that, there are personal things we’ve gone through together. Luke has had a lot of tragedy in his family over the years. I was around for a little bit of that stuff, as a friend, to talk to him about it. We’re co-owners in businesses. We hunt together, own a company, and are looking at doing some other stuff too. It’s been a cool friendship,” the singer explained.

eatin at one of my favorite spots in PCB "Sandbar" and saw this gem in the corner. @lukebryan 😳 #glamourshot #wecantbefriendsanymore

Fame can certainly be isolating at times, so it’s great that Jason and Luke have formed such a lasting and valued friendship. By the way, Luke has extended his Kill the Lights Tour into 2017 and Jason has yet to reveal his tour plans for next year.

Share this with other fans of these two artists!