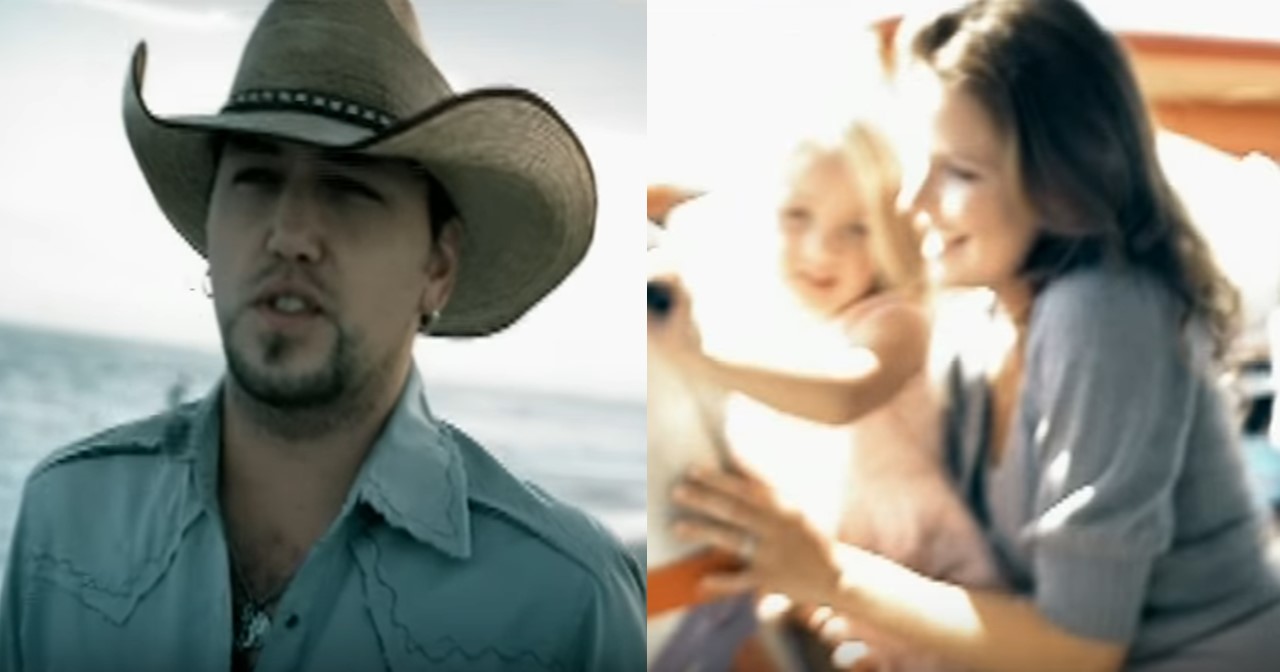 You can spot the mother and daughter enjoying a carousal ride at the 2:20 mark below.

The song was released in August 2007 as the second single from the Georgia native’s album Relentless, and his fifth chart single overall on the Billboard Hot Country Songs charts. Also in 2007, Jason and Jessica welcomed second daughter Kendyl into the world.

As we all know, the couple divorced in 2013 after a very public cheating scandal and both parties went on to remarry. Jason wed Brittany Kerr in Mexico on March 21st, 2015 and Jessica married Jake Marlin, an electric lineman and father of two, in Florida on October 17th, 2015.

Sure they both have moved on in big ways, but it is interesting to note the parallels between the “Laughed Until We Cried” and West Coast-based “A Little More Summertime” music videos. The visual stories, though directed by different individuals, both feature Aldean’s spouse, a seaside location with carnival rides, and similar creative elements. It’s almost like a re-write of the “Laughed Until We Cried” music video.

Share this flashback moment with other country music fans!