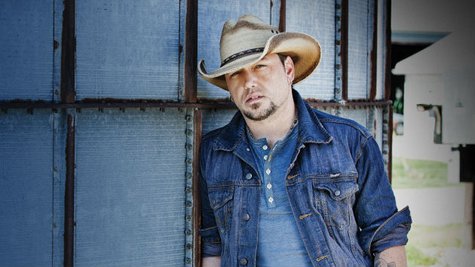 Jason Aldean used his Burn It Down tour to generate a donation to the Susan G. Komen Foundation for breast cancer research.

Jason Aldean wrapped up his successful Burn It Down tour this past Saturday night (Oct. 24) with Aldean’s 10th annual Concert for a Cure in West Palm Beach, Florida.

Aldean also handed over a $615,000 check to the Susan G. Komen Breast Cancer Research Foundation of South Florida. The funds were raised from a portion of ticket sales over the course of the tour.

“My best friend lost his wife to breast cancer and she was in her very early thirties,” Aldean explains to People.

“I was there. I watched it all go down. I watched him deal with that and her go through it and her leaving behind two daughters. That to me was sort of an eye-opener.”

Aldean finds other ways, other than donating funds to research, to support breast cancer victims.

“We have survivors come out to every show,” Aldean adds. “They get there early and get to see the stages going up and just all the craziness that’s goes on around the show. Then we eat dinner together and they get a front-row seat. They get the red carpet laid out for them, and it’s been great.”

“I know first-hand how important it is to find a cure for breast cancer,” Aldean says.

“So, looking out from stage Saturday night at a sea of pink was a pretty cool way to end the tour. For ten years now the fans have been helping us support Komen [Foundation] and I know we’re going to keep it up until nobody has to fight the disease anymore.”

Aldean has raised more than $2.3 million for breast cancer research over the past 10 years.

Watch Aldean’s NEW music video below for “Gonna Know We Were Here”, which was filmed in his hometown of Macon, Georgia.