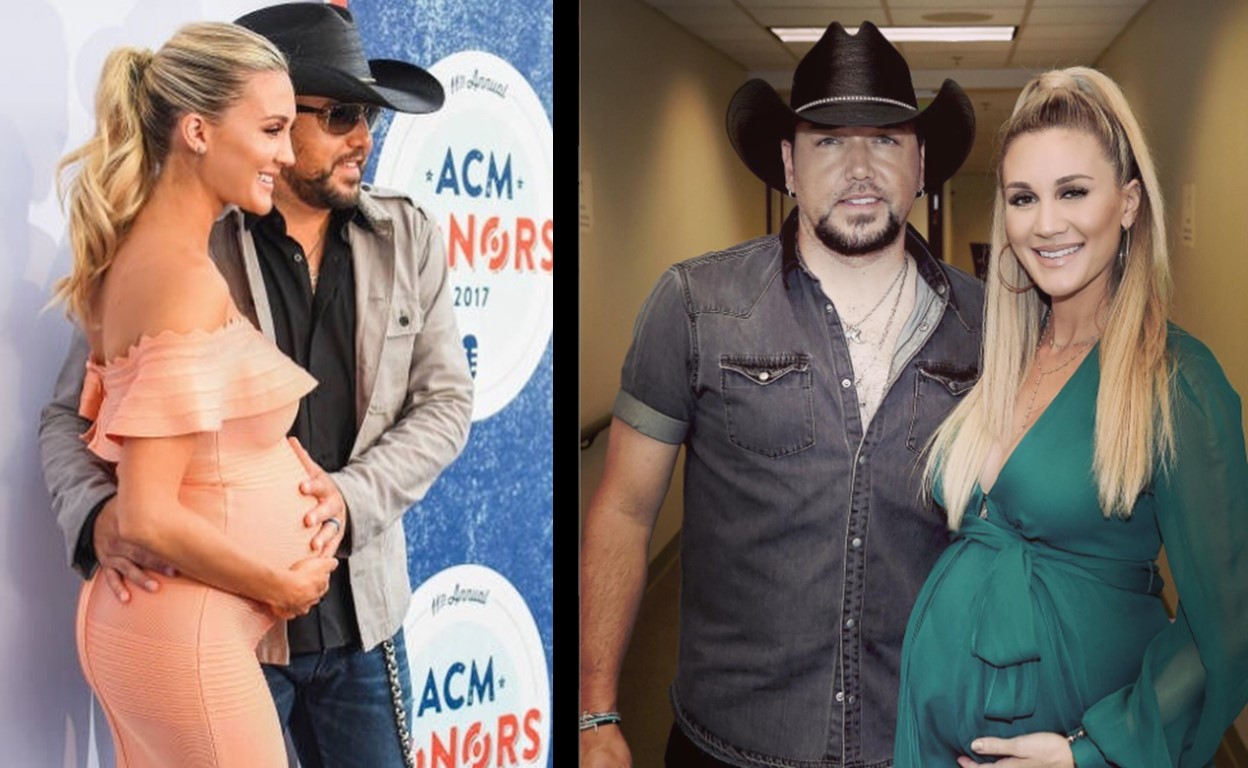 Country singer Jason Aldean and wife Brittany are expecting their first son this December. Jason and his son are already looking like twins!

Country music superstar Jason Aldean and wife Brittany are expecting their first child together! While Jason already has two daughters, Keeley and Kendyl Williams, with ex-wife Jessica Ussery, this will be his first son! Although baby boy Aldean is still “cookin’,” the father-son duo are already looking alike!

In a recent Instagram post Jason shared a sonogram picture with the caption, “ready to meet my little twin! #memphisaldean” and the two are definitely sharing some facial characteristics!

Memphis will also be sharing more than just his dad’s good looks— the two will have the same middle name!

“His middle name will be Aldine, because that’s my middle name. I want to carry that name on. It was my grandfather’s name. So it’s kind of a family name. So that’s what we’re going with,” Jason shared with Country Countdown USA.

Jason and Brittany have also shared with fans where his unique first name, “Memphis,” came from.

“I’ve kinda been infatuated with Elvis since I was a kid, just always watching documentaries and stuff on him. It had a little bit to do with that and, honestly, I just wanted him to have something that wasn’t very common. I’m sure he’s gonna meet people with the name Memphis—he won’t be the only one, but, you know, at least I think it’s unique enough where . . . it won’t be like Michael or John or, you know, Jason. And that was kinda what we were going for,” Jason revealed.

Both Jason and Brittany agreed they wanted something a little different for their little man since both of their names are fairly common. His adorable name serves as the focal point of his nursery. Take a peek at his room below!

The room is complete with his name in lights and a cream color aesthetic for the play room portion of the nursery. Memphis is one lucky guy! Understandably, the expectant parents are extremely excited about their son’s upcoming debut and haven’t been shy about keeping fans in the loop via social media. Who can blame them?!

Share this baby update with other fans of Jason Aldean and Brittany!