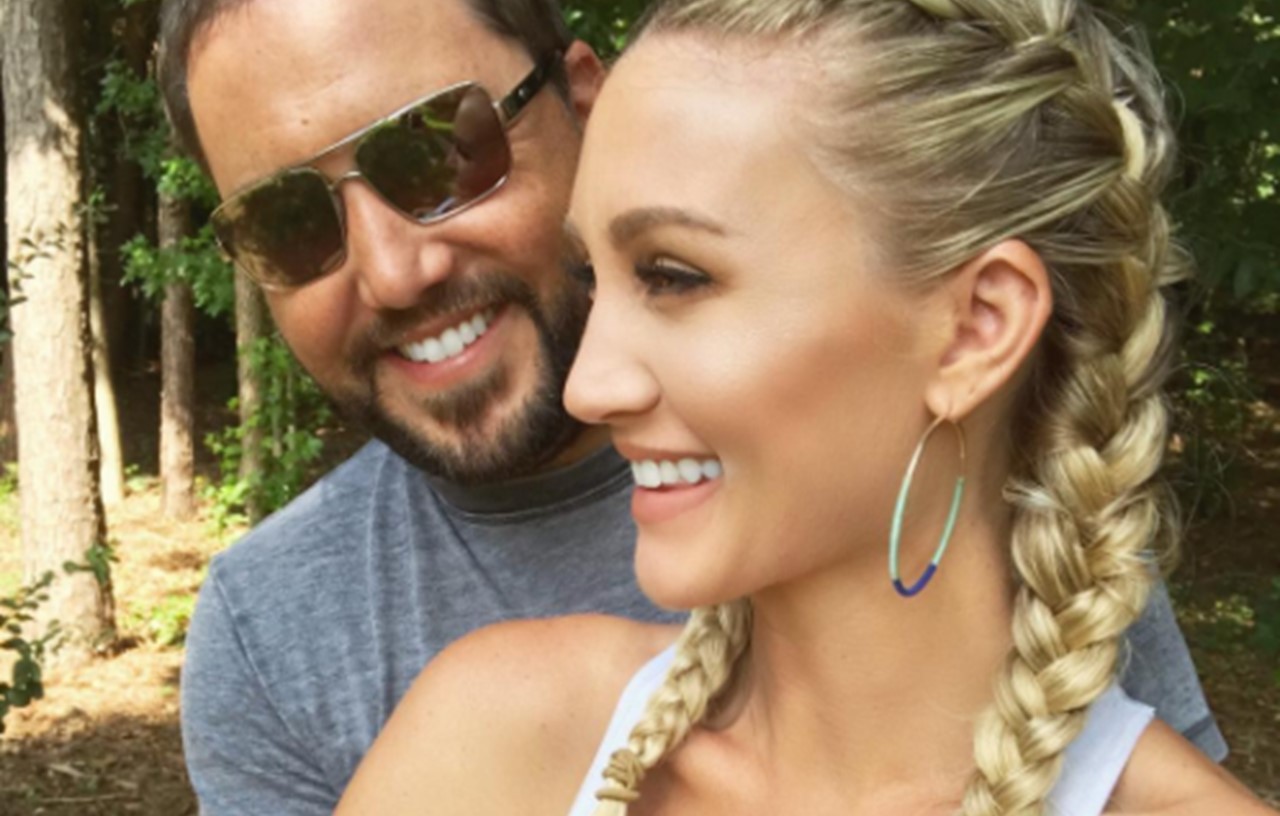 Country music superstar Jason Aldean and wife Brittany Kerr will be adding a baby boy into the family later this year!

Jason Aldean and wife Brittany Kerr have already selected a name for their unborn son, but they’re keeping their choice private for now.

“That’s one of the things were kind of keeping under wraps a little bit right now,” Aldean shared during a recent interview with Chicago’s BIG 95.5 radio station. “Actually, we had a ton of names, [but] there was only one where we both went, ‘Yeah, that’s cool.’ So there’s only one that we agreed on, so I kind of knew that was going to be the name early on, and I think that’s what it’s going to be. Coming soon…”

Though we don’t know what moniker the couple landed on, we do know it has nothing to do with the four cardinal directions. The star made that clear when talking to Entertainment Tonight prior to the CMT Awards back in June, “We’re finding out that boy’s names are a lot harder to come up with than girl’s names for some reason. We got a couple of things that we like, but nothing for sure yet. It will be something unique and different. Nothing crazy like a direction—east, west, north, south, none of that stuff.”

The name “Hank” is also probably out of the running since Jason’s real last name is “Williams.” So that narrows the field down by five names…

Jason already has two daughters, 10-year-old Kendyl and 14-year-old Keeley, with ex-wife Jessica Ussery. Will the “K” theme continue? We’ll have to wait and see.

We do know one thing for sure though, the country music hit-maker looks forward to shopping in the boy’s clothing aisle.

“I’m excited to buy him some cool shoes and boots. I can do all his Christmas shopping at Tractor Supply,” Jason quipped to the radio station.

Besides dressing his son up in some stellar duds, Aldean also plans to share his love for the great outdoors with his little man.

“I sort of raised [the girls] up to hunt and fish,” he shared. “I basically did all the stuff with them that I would do with a boy. I wanted them to have an appreciation for the outdoors, and he’ll be no different.”

We look forward to meeting mini-Jason later this year!