Jason Aldean’s Wife and Jason Have Babies in Mind 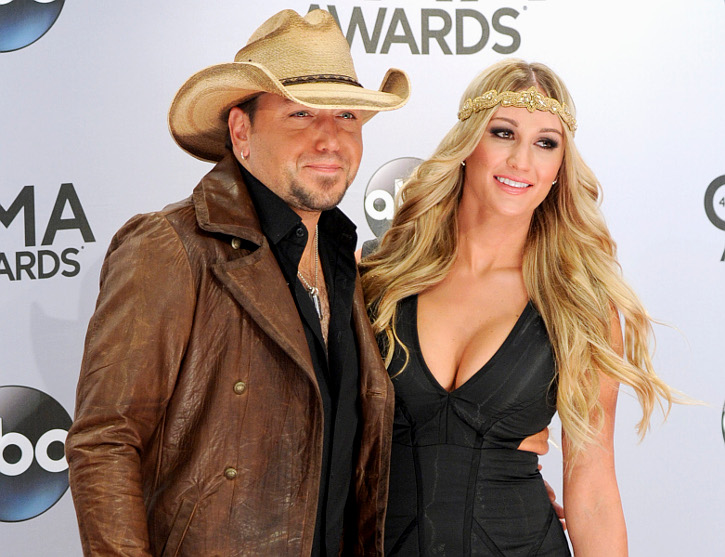 Jason Aldean’s Wife and Jason are Ready for Family

After divorcing his high school sweetheart and the mother of his two young daughters, Jessica Ussery, Jason Aldean got hitched to former NBA dancer and American Idol contestant Brittany Kerr last March. The private ceremony included Jason’s two daughters, Keeley and Kendyl, who acted as junior bridesmaid and flower girl during the beach wedding— which was also officiated by Duck Dynasty’s Willie Robertson.

Even the famous are quickly plagued by the “So when are you having babies?” question. During a recent interview with Entertainment Tonight, the singer provided an answer to the common question aimed at newlyweds.

“We’re talkin’ about it,” Aldean admitted. “She’s a lot younger than I am, so I gotta make this happen quick. I don’t want to be the old dad! It’s something we definitely want, at least one kid and possibly two, we’ll see. It’s something we’ve talked about a lot. Hopefully in the next couple years.”

Currently, the Georgia native is focused on spending quality time with his 12 and 8-year-old daughters, “My daughters come over, havin’ them over there and all of us in the same house, that’s sorta my favorite time,” he says.

When Jason Aldean is on tour his wife joins him on the road, “We do everything together,” he says. “She’s out here all the time, which is great. I don’t have to be gone for three or four days a week and be away from each other.”

Fans can catch Aldean on his We Were Here Tour also featuring “Die A Happy Man” singer Thomas Rhett. This June, Aldean will be teaming up with Tim McGraw, Kacey Musgraves,Toby Keith, Brantley Gilbert, and other acts in New York City for the FarmBorough Country Festival.