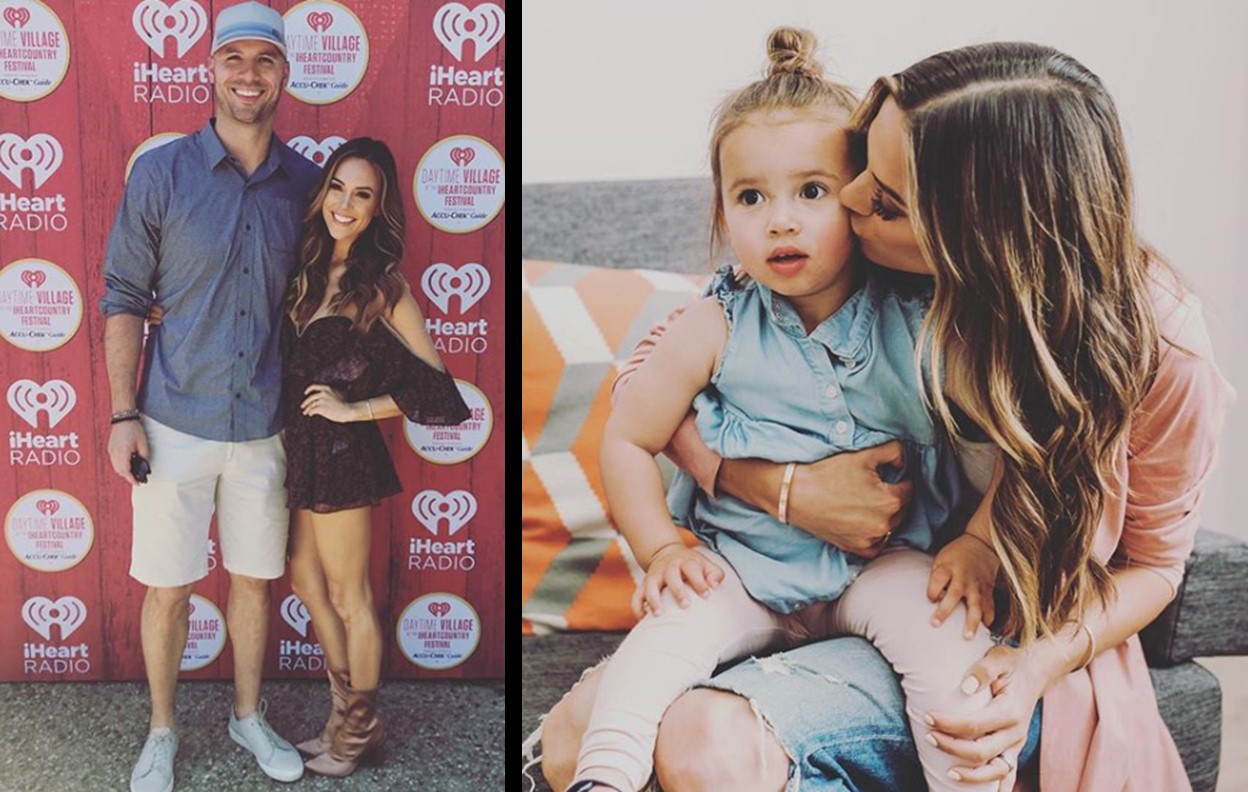 Country music entertainer and actress Jana Kramer's new podcast is as real as it gets. Find out how she and husband Michael Caussin faced their marriage issues.

Country singer Jana Kramer is opening up to the world about her life, both successes and trials, in her recently launched podcast, Whine Down With Jana Kramer. During the second episode called “Marriage Uncorked,” her chat gets real when she and her husband, Michael Caussin, talk about their difficult past.

“One of the reasons I have stayed with you as long as I have, it’s because you’re a very hands-on dad,” Jana says to Michael. “Great husband? Eh …”

The former NFL player laughs nervously and admits that when it comes to his reputation as a husband, it is “debatable.”

It has not been all rainbows and butterflies for the couple. Jana and Michael said ‘I do’ back in 2015 and then welcomed their daughter Jolie into the world on January 31, 2016. Sadly, the couple separated later that year— Michael’s infidelity being the cause. The couple had a major turning point in 2017 when they began rebuilding their marriage and decided to renewed their vows in Hawaii in December.

It ain’t always pretty….It hurts like hell sometimes…..but it’s a love worth fighting for. We have never talked about it together until now. Mike is a guest on my podcast Whine Down this episode. Listen in to where we are at now…. @iheartradio link in bio.

So what helped this couple rebuild their broken relationship? Last April, Jana and Michael attended a marriage retreat in Tennessee where they worked with a therapist for three days. Michael admits that it took some time for him to want to work on the marriage, but what they learned during the retreat has helped them face their issues.

“Until someone wants to change themselves, there’s no amount of therapy, no amount of talking you can do about it until you make that decision for yourself,” Michael explains. “It didn’t click for me. My pride and ego were still fighting against each other and against my core beliefs and my authenticity. There was an internal battle there for a while. To put my child stuff aside, how set in my ways I was, and to put away my pride and ego and to be vulnerable and intimate, which I still have struggles with, that’s something I continue to work on with Jana.”

He then went on to reveal that it was an ultimatum Jana gave him that changed everything.

“Ultimately it was Jana. It was her being like, ‘Look, I’m giving you every opportunity. I am here. I am willing to work on this. I want this family to work,'” said Michael. “Basically, ‘Step up or get out.'”

Jana is honest about the hardest part of mending their relationship— being outside the therapists office. She admits that even hearing of another public figure’s infidelity issues still gets to her in a personal way.
“He can sense it sometimes and says, ‘I’m sorry this is triggering you.’ My job now is to stay present. What is he doing to actively fight and be good? He isn’t doing those things anymore, so what is today, what is right now? It’s hard for him to see why I’m hurt,” she candidly reveals.
“As a perpetrator, you want to move past what you’ve done to hurt somebody,” Michael adds. “Every day I’m trying to show face and do something different and when she gets into a triggered space or a hurt space, she’s going back in time. That’s been difficult for both of us and for me especially, in those moments, to set what I’m doing aside right now and to travel back in time with her and to be there for her in those emotions.”
Jana reveals that it is Michael’s ability to sense her emotions and empathize with her pain that ultimately saved their marriage. “What is different is he is able to meet me with my emotions and validate my feelings, acknowledge them, and we can move forward and also stay in the present,” Jana concludes.
We wish Jana and Mike the best as they continue to heal and repair their relationship. Kudos to them for fighting through the rough parts together.
https://www.instagram.com/p/BiuslzCnxGH/?taken-by=kramergirl
Share this update with others rooting for this couple!
View Comments (0)
Country Fancast ×