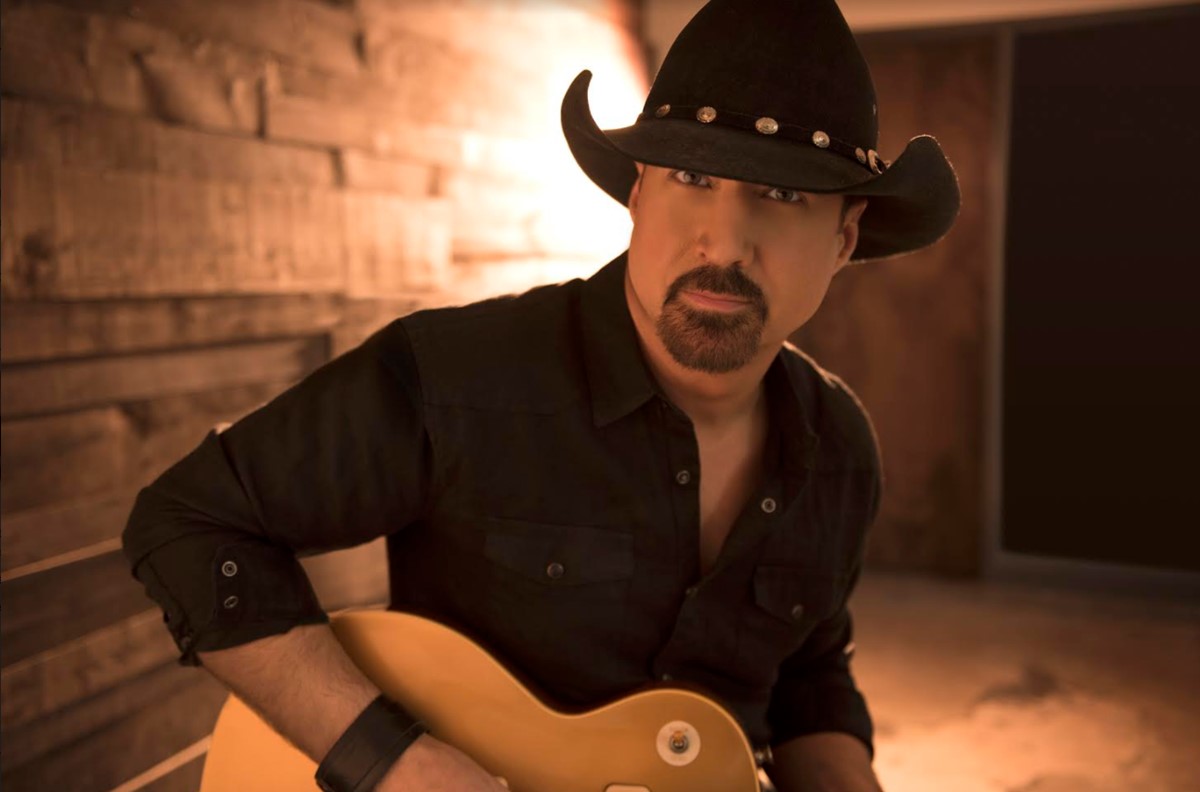 Jamie Lee Thurston is no stranger to Nashville and is set to drop his album, 'The Window,' late next week. Enjoy our interview with the artist right here!

Country music artist Jamie Lee Thurston touts an authentic rich bluesy baritone, which is on full display with his chart-climbing single, “Givin’ Up Breathin’.” The track is featured on Thurston’s forthcoming album The Window, set for release on October 13th. The project was recorded in Nashville and co-produced by Mike Purcell (Lynyrd Skynyrd, Waylon Jennings, BR-549).

“All of the songs on this album are my most personal and adventurous yet. ‘Givin’ Up Breathin’’ is about the pain of the break-up with a girl I was head-over-heels in love with — and shares the honest heartache I went through,” confides Thurston, who co-wrote the song with George Teren. “We all share that feeling of loss, which is why this song really connects with people.”

Enjoy the official “Givin’ Up Breathin’” music video below!

The Vermont native’s style stems from a childhood spent learning from his father, who was a popular band leader and frontman for rock n’ roll and country bands in New England. When Nashville came calling for good, Thurston made the move— resulting in a major record label deal, a spot on the Grand Ole Opry, and songwriting cuts recorded by Rodney Atkins (“15 Minutes”) and Montgomery Gentry featuring Hank Williams Jr. (“I Ain’t Got It All the Bad”) among others.

Despite his success as a singer-songwriter, Thurston names The Window as the best work of his life. The album allows us, the audience, to see the artist more clearly than ever. “Music is who and what I am,” he says. “It’s all I’ll ever done, and it’s all I’ll ever do.”

Country Fancast recently caught up with Jamie Lee to discuss his latest project, his live performances, and more. Check out the insightful interview below!

1) Country Fancast: “When country music fans listen to your album The Window, what kind of emotions and thoughts do you want them to experience?”

Jamie Lee Thurston: “I can’t say that I ‘want’ them to experience anything per se. I would say that I ‘hope’ they hear the realness of the songs and feel the emotion that was put into them. There’s a song on there, ‘Like A Rockstar,’ that is a story about a great friend of mine who passed away. ‘Given’ Up Breathin’’ and ‘Mystery On A Man’ are about a real break up and the broken heart I suffered because of them. There’s a prison song, a song about killin’, and a song about chickens as well. It’s quite a ride!”

2) CF: “If you could play ‘song swap’ with any other country music artist, who would you choose and which song would you snag for yourself?”

JLT: “That there is a darn good question! I could pick a few I think, but one that comes to mind is a Brooks and Dunn song, “It’s Getting Better All The Time.” That song kills me every time.”

3) CF: “Do you think growing up in Vermont has given you a slightly different musical perspective overall?”

JLT: “I’m not sure that growing up in Vermont has had as much to do with my musical perspective as it was my dad. He loved all kinds of music. He was calling square dances at the age of 12 and was the leader of his own bands in his late teens. He listened to everything from Johnny Cash, Jerry Reed, The Stones, The Beatles, Blood, Sweat, and Tears, Chicago, Merle and the list goes on.”

4) CF: “You are known for your dynamic live performances, what runs through your head when you’re in front of a crowd?”

JLT: “It’s funny you asked this question because I tell people all the time I can play, sing and think of something totally different at the same time…Lol! I’m an in the moment kind of guy. I love to watch people and enjoy seeing them have a good time. I don’t miss much when it comes to things going on in the crowd. For me, it’s like we’re having one big party and a I’m the Field Commander. I run the gamut of emotions during a show because of the songs. When you sing a song you’ve written, at least for me, it usually puts me right back to where I was when I wrote it. That’s a tough thing when you’ve written a love song about someone you were head over heels about and that relationship never made it. Or, when you wrote a song about what it was like after. It takes me right back. Thank God I’ve written some fun stuff!”

5) CF: “What advice would you give other musicians looking to make their presence known in Nashville?”

6) CF: “During your career, you have opened for the likes of Jason Aldean, Brad Paisley, and Travis Tritt. What’s been your most memorable moment out on the road so far?”

JLT: “Well, I was in Nova Scotia playing at a 2000 person capacity club. This guy was in the front and every time my bass player went to the front of the stage to sing a harmony, he would jump up and pluck his bass string and cause him to make a mistake. I’m very protective of my guys. I looked at the guy and warned him to cut it out but he kept at it. So, he went to jump up to do it for about the sixth time and I knocked him on the head with my Gold Top Les Paul. I clocked him pretty good! He called the cops and tried to get me for assault with a weapon… and I was in another country! After I explained to them what happened, they understood and all was good.”

7) CF: “When it comes to songwriting, what makes you tick?”

JLT: “My songs most always come from a real place. Most of the time it’s something I have experienced myself, but on occasion I’ll write something or some story that I’ve heard somewhere else. I’m a wear my heart on my sleeve kinda guy and I put it all out there. I love to work on a song and keep tweaking until I’m satisfied.”

8) CF: “Out of the thirteen tracks on The Window, which are you the proudest of personally?”

JLT: “I don’t think I can pick just one song. I’m really proud of the whole record. It’s such an infusion of all of my influences. From the rockin’ stuff, to the bluesy, southern rockin’ and country stuff. I think it’s my proudest record to date.”

JLT: “Things are getting really busy, which is great. I’ve got shows booked from NY to California and am really excited to get to Ireland and the U.K.. We just released “Givin’ Up Breathin’” over there and the buzz is over the top. My goal is to travel the world playing my music and entertaining people. There’s more than enough bullshit in the world, so I want to spread the good and bring happiness and a smile to people’s faces wherever I go.”