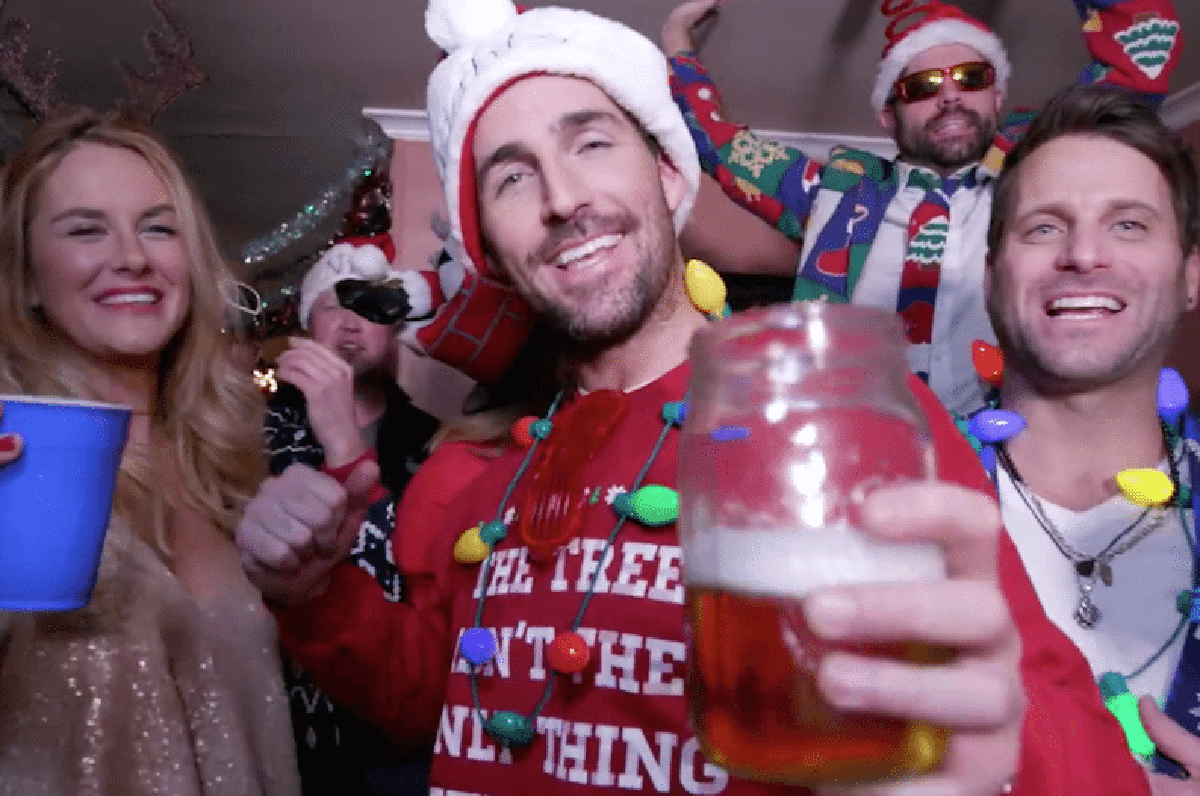 Country artist Jake Owen and his pals in Parmalee won’t be having a silent night this Christmas.

The Florida native teamed up with the “Carolina” boys for a holiday song that is sure to get any Christmas party “lit.”

The song titled “Christmas Spirits” is accompanied by a music video featuring all of the country stars throwing a crazy house party. The guys are all decked out in holiday gear, including Santa hats, decorative footie pajamas, and wild Christmas sweaters.

Owen and Parmalee show off their festive dance moves as they sing about classic nativity characters such as the three wise men…Jim Beam, Jack Daniels, and Johnnie Walker!

Partying with the country boys is a group of girls, better known as “Dasher, a Dancer, a Prancer [and] a vixen.” All together, the group participates in some “classic” Christmas traditions, such as breakdancing and throwing each other into a swimming pool!

While partying it up with the three wise men, Owen sings that if he can’t drive, “then I’m gonna reindeer it / If the ones in the front yard will fly for me / Get your cups up everybody let’s Christmas cheers it.”

Watch the music video below!