How Keith Urban and Nicole Kidman Saved Each Other (Video) 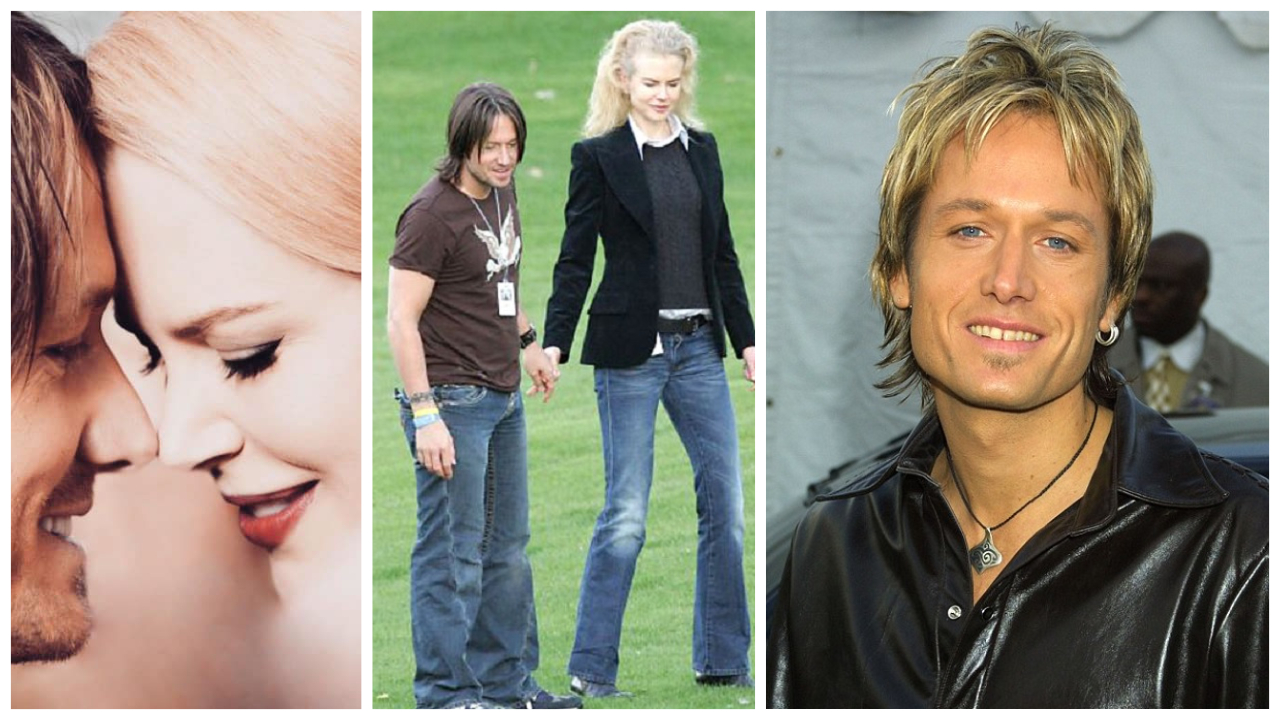 Watch how Keith Urban and Nicole Kidman's relationship to each other saved them both from personal tragedies . . .

How Keith Urban and Nicole Kidman Saved Each Other (Video)

Click the “play” button on this video to see how both Keith Urban and Nicole Kidman saved each other. . .

Keith Lionel Urban was born on October 26, 1967, in Whangarei, North Island, New Zealand, and raised in Australia. The musician gained a passion for American country music from his parents.  During the 1990’s, Keith made the mistake of trying Cocaine from one of his house mates and thereafter became addicted to this powerful drug.  Keith opened up about his addiction struggle in a 2016 Rolling Stone interview, revealing he once considered suicide.

Keith Urban’s Troubled Past with Drug and Alcohol Addiction

“I didn’t seem able to stop. There was no stopping this time. I’d go to sleep, wake up a couple hours later, go at it again, drinking to take the edge off. I remember thinking, ‘I’m probably not going to make it until tomorrow,’” he recalled, adding, “And then I thought, ‘F–k it, I don’t care. It’ll be a relief to not have to. I’ll take an Ambien and at some point I’ll pass.”

“I liked to get crazy after the gig and when I would do lots of drugs is when I was home off the road,” he told Rolling Stone. “If we were home for five days, I’d be f***ed up most of the time. I would find myself feeling very alone, very lost, and vulnerable to my old ways,” he said in the interview.

Keith’s Relapse after Marriage to Nicole

On June 25, 2006, Urban and Kidman were married in Sydney. Despite having eight years’ of sobriety, the singer relapsed 4 months after the wedding while Nicole was out of the country filming in Kosovo. After learning he relapsed, Kidman immediately flew in from Rome and delivered her very own form of intervention.  Nicole confronted Keith and asked him to enter rehab immediately, Urban agreed and checked himself into the Betty Ford Center in Palm Springs.  Keith spent the next 90-days receiving treatment for his addictions as this was his third trip to rehab.

The Grammy-winner issued the following statement when he announced he was in rehab:

“I deeply regret the hurt this has caused Nicole and the ones that love and support me. One can never let one’s guard down on recovery, and I’m afraid that I have. With the strength and unwavering support I am blessed to have from my wife, family and friends, I am determined and resolved to a positive outcome.”

Keith Urban later made a television appearance on the Oprah Winfrey show to discuss his own struggle with drugs and alcohol.

“[Nicole’s intervention] was really a profound moment in so many ways,” Urban told Oprah Winfrey. “The way in which Nic handled that moment was just perfect. Everything was just designed, I believe, for that moment to fuse us together.”

“I wasn’t in any recovery program of any sort. I wasn’t in AA. I didn’t have a sponsor. I didn’t have anything. Meeting Nic and falling in love with Nic and starting a relationship with Nic became — I realize now in hindsight — my sobriety. That was how I was able to keep it together,” he told Rolling Stone.

Despite the relapse, Kidman stood by her man every step of the way. “I’ve learned an enormous amount having a relationship with someone who is in recovery,” Kidman later told Vanity Fair. “I’m more than willing to walk it with him.”  Keith and Nicole have now been married over 13 years and 6 months.  Next we cover how Keith saved Nicole Kidman.

Nicole was both surprised and deeply hurt when Tom Cruise filed for divorce and ended their 11 year marriage.  Nicole threw herself into her acting work for several years and realized that she had become lonely and depressed.

Nicole struggled to have children with Tom Cruise.  Nicole shared, “”From the minute Tom and I were married, I wanted to have babies. And we lost a baby early on, so that was really very traumatic.”

Tom and Nicole adopted Isabella (who goes by Bella) and Connor.  Tom Cruise is a dedicated Scientologist and the two adopted children became Scientologists following the path of their father.  Nicole made it clear in interviews that she is not a Scientologist.

In a prior interview Nicole stated, “Our life together was perfect. It took me a very long time to heal. It was a shock to my system. That was a great relationship. I think it ran its course. I was really damaged and not sure whether [love and marriage] was ever going to happen again to me.”  Nicole has stated, “I don’t want to take away from 11 years with that man that were really important. Really, for our kids — they were amidst a lot of love. It wasn’t bad. And now we’re amidst a more evolved love.  I want to honor that marriage for what it was, and there is nothing I would go into about that. I have never discussed the intricacies of it and I never will”.

Nicole Kidman and Keith Urban are now both 52 years of age and the couple has been married for over 13 years.  The couple sold their Nashville property and currently reside mostly at the family farm in Australia, home in Los Angeles, and their town home in New York City.  Though they are known as “Aussies,” Nicole was born in Honolulu, Hawaii and Keith was born in New Zealand.  Being raised in Australia provides several shared interests for the couple.

Sunday Rose was born July 7, 2008 in Nashville, Tennessee and is now 11 years old.   Sunday Rose is called “Sunny” as her family nickname.

Faith Margaret was born December  28, 2010 via a surrogate mother.   Faith is now 9 years old and goes by the family nickname, “Fifi”.  Raising the two daughters creates a very strong bond between Keith and Nicole.  They are both loving and devoted parents to their two daughters.

Nicole’s marriage to Keith and raising her two daughters overcame the damage and hurt from her prior relationship with Tom Cruise.   We wish Keith and Nicole continued love and happiness as they continue their amazing relationship journey.

Remember to share this Keith Urban and Nicole Kidman video update with other fans of Keith and Nicole.