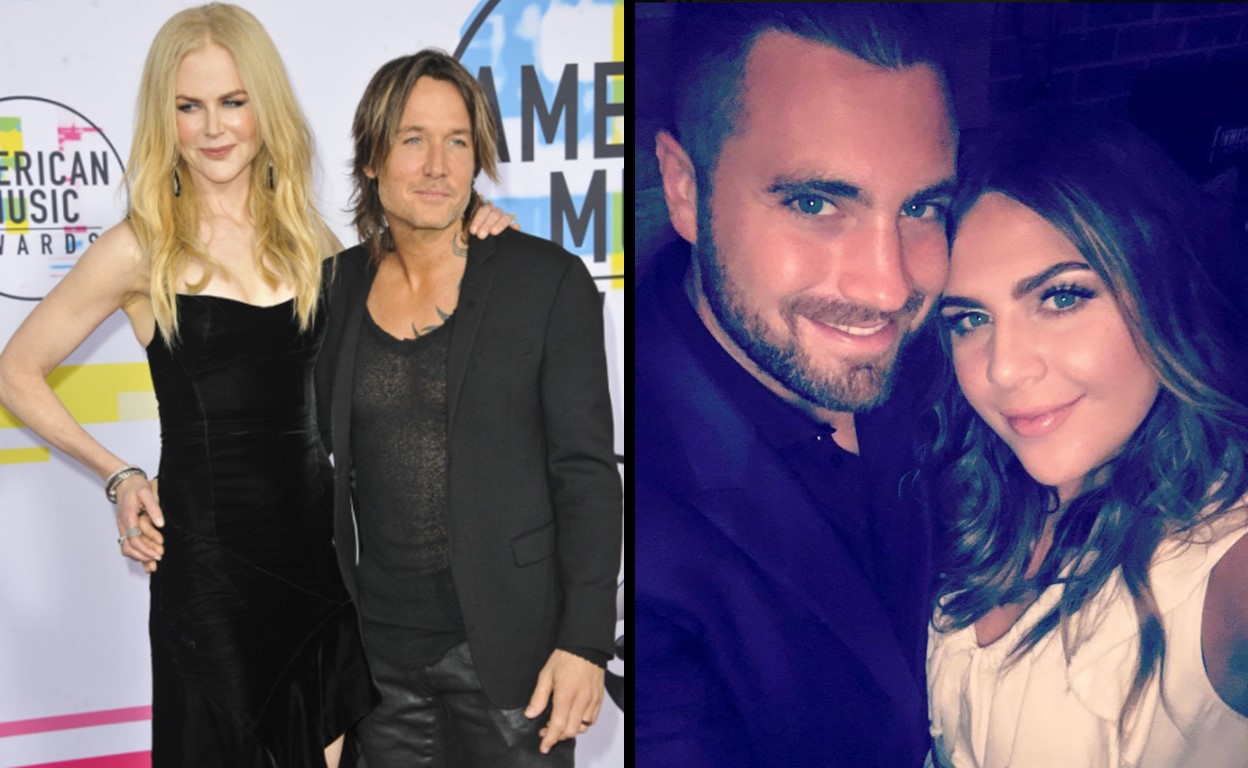 Being madly in love makes these country music couples extra hot! Check out some of Nashville's elite pairings right here!

Love is all around in the country music community! These couple continue to amaze fans with their incredible love for one another! In no particular order, let’s take a look at some of our favorite love birds…

It’s hard to top a love like this! The chemistry between the two started on a radio show and really heated up when they toured together in ’96. More than 20 years later, Tim and Faith still have a love that’s longed for by many! Between the two they have eight Grammy Awards, 28 ACM Awards, and 14 CMA Awards. Who wouldn’t want to be them?!

An Incredible ending to an amazing week. #TheRestOfOurLife

This love story began with controversy, but you can’t overlook their ability to overcome negativity. Jason and Brittany have been married for two years and are expecting their baby boy to arrive soon!

I will probably overload y’all with maternity pics over the next little bit… but I just can’t believe this is really happening for us🙈💙 Lord, thank you!!!!🙌🏼👶🏼 Photographer: @kaileydickerson 📷 Dresses: @fillyboomaternity 👗 Hair: @thedryhouseali 💇🏼‍♂️💆🏼‍♀️ Styling: @cheriemkilchrist

Garth and Trisha have been inseparable since tying the knot in 2005. These two have been nothing but supportive of each other and their individual pursuits— from the culinary arts to the stage!

It's a BIG night in #Smashville! #OhSayCanYouSing I have an announcement for YOU! love, g To watch #StudioG click link in bio or go to Facebook.com/GarthBrooks

This country couple build their music careers together! Better known as Thompson Square, these two briefly worked as solo artists until they realized they are more successful as a pair. Since signing with Stoney Creek Records in 2012, these two have won two ACM awards for Vocal Duo of the Year.

just finished meet and greets, met our vips’s, gave away a gibson guitar, fixed a drink and about to meet a bunch of friends at state college!!! let’s party!!!!

These love birds make up half of the country music group Little Big Town. After collaborating musically for years, the pair took the plunge and got married in 2006.

Similar to Little Big Town, romance was found within the band. The two met when they were in college and didn’t feel the sparks until 2010, when their respective bands opened for Tim McGraw on tour. After the reconnecting, the two started dating and Tyrrell made the big decision to join Lady A as their drummer! It was fate! The cuties married in 2012, became parents shortly after and are now expecting twins!

Happy Birthday to my forever @chrisetyrrell!!! This next year is going to be one full of joy, challenge, and adventure! Thank you for being our steady and always going above and beyond to love us so well. You are one of a kind. We love you Daddy! Love, All 6 of us. 😂 🤰🏻👧🏼👶🏼👶🏼🐶🐶 (ps. we don't know gender of the twins yet! 😘)

Brad first fell for his future wife while watching her in Father of The Bride at a movie theater. Brad and Kimberly have two kids together and recently renewed their vows. Although Williams-Paisley isn’t a country artist, she took on a role in the popular television drama Nashville. The country scene has certainly rubbed off on the actress!

Partnering with @xbox & wow the kids are going to be jealous tonight! Got to try out the brand new #xboxonex & tons of cool games!

Carrie was first introduced to the hunky Canadian hockey player after one of her shows in 2008. After a long-distance romance, the two wed on July 10, 2010 in Greensboro, Georgia.

Urban and Kidman both have roots in Australia and have made a big splash stateside. After getting married in 2006, Nicole helped Keith defeat his addiction issues for good. These two would do anything for one another!

Vince and Amy gave marriage another try when they married in March 2000. Both artists had prevouisly experienced the pain of divorce, but successfully blended their families.

We are officially two weeks away from start of Vince and @amygrantofficial's Christmas at @theryman! Who is attending one of the shows?!

These hotties have been going strong since college! The two dated off and on for years after meeting at Georgia Southern University before they wed in 2006. Though she doesn’t make her own music, Caroline can be spotted in some of Luke’s music videos!

These two have been married since 2012 and welcomed two daughters, Willa Gray and Ada James, in 2017. Just when their love couldn’t seem any sweeter— the two first met in first grade!