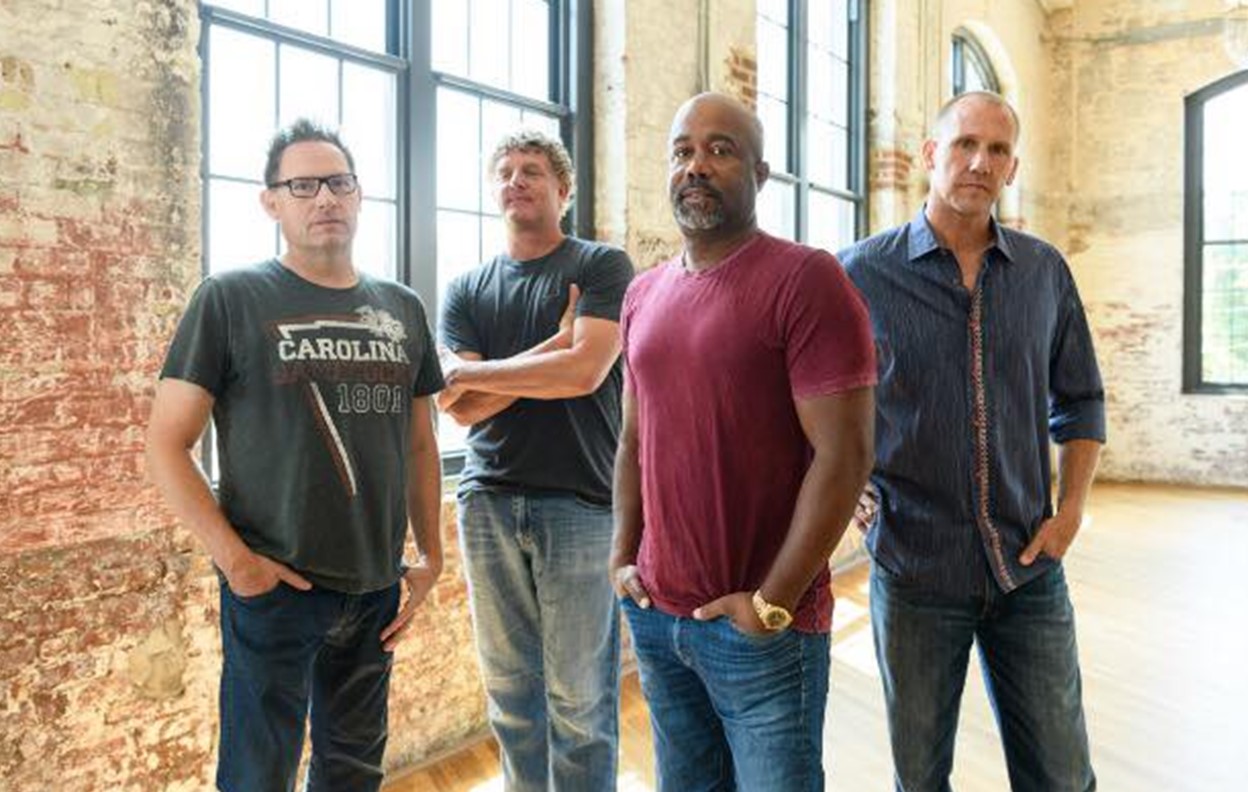 Hootie & the Blowfish's 'Group Therapy Tour' kicks off in May and runs through September! More on the band's plans and new record here!

Hootie & the Blowfish are back in full force! The group comprised of Darius Rucker, Mark Bryan, Dean Felber, and Jim “Soni” Sonefeld will reunite for their 2019 Group Therapy Tour with direct support from special guest Barenaked Ladies.

The band, which first formed at the University of South Carolina, will visit 44 cities on the tour, kicking off Thursday, May 30th in Virginia Beach, Virginia and wrapping Friday, Sept. 13 with a Columbia, South Carolina homecoming. Tickets go on sale to the general public this Friday, Dec. 7 via http://www.LiveNation.com.

Excited to announce… @hootieofficial is heading out on the road in 2019! And we’re bringing @barenakedladiesmusic with us! Man, this is gonna be awesome. For first access to the pre-sale happening right NOW, sign up for the newsletter at hootie.com

“Once the four of us met and started playing shows, we toured for years before signing a record deal,” reflects Rucker who, in the 10+ year break since their last formal tour and nearly 15 years since their last studio album as a band, has charted nine No. 1 singles on Country radio.

Felber notes, “Having those shows at fraternity houses, clubs and dive bars under our belt prepared us for success to a degree, and it’s something we’re proud of – that we put in the work – but what matters to me the most is that we’re still a band all these years later. We’ve never stopped being a band.”

“We were content playing clubs and small theaters, so playing to three-, four- and five-times that size was incredible, and we’re looking forward to that feeling again on this tour,” Sonefeld echoes.

Bryan adds, “There’s nothing like playing music live. For the first time in nearly 20 years we’ll be coming back to Columbia, South Carolina where it all began,” before Rucker interjects, “and we’re ready to rock.”

In addition to hitting the road on the Group Therapy Tour, the band will also release a forthcoming sixth studio album under new label home Universal Music Group Nashville as their debut album, Cracked Rear View, celebrates its 25th anniversary.

Cracked Rear View, certified by the RIAA as 21x Platinum and the fifth-most certified studio album of all time, marked the beginning of a whirlwind of success for the two-time Grammy winners who have gone on to sell over 25 million albums and notch 17 Billboard-charting songs to date.

Share this news with other Darius Rucker and Hootie & the Blowfish fans!