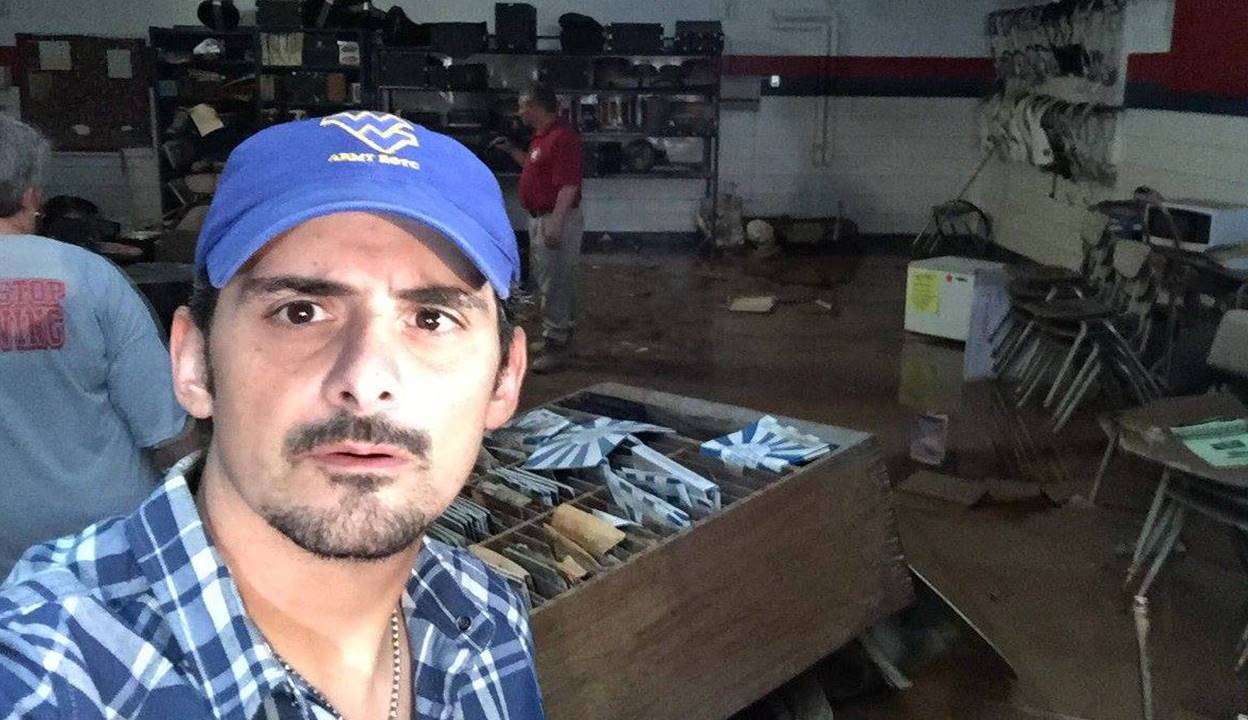 Brad Paisley shows up for his home state.

Country singer Brad Paisley has started a GoFundMe account for the flood victims of his home state of West Virginia. Paisley made the announcement live via Facebook last week by performing John Denver’s ode “Take Me Home, Country Roads” acoustically and then issuing a challenge to his fans and friends to join him in contributing much needed funds. He made an initial donation of $100,000.

A week later, the figure raised has reached over half a million dollars!

“Now that the waters are receding it’s time to pitch in and help in any way we can. One of the best ways I have found that hopefully will raise the largest amount of money the quickest and get it to the people in need the fastest is through GoFundMe. I have set a goal of $1 million — this is doable and only a small portion of what is needed. Join me as we help West Virginians together,” stated Paisley.

The GoFundMe account will be distributed by West Virginia Flood Relief 2016 – The Brad Paisley Foundation at WESBANCO Trust Department in Wheeling, West Virginia. On June 23rd the state experienced tremendous flooding that killed more than 20 people and destroyed entire small towns. Three counties have been declared federal disasters and 44 of the 55 counties have been declared in a state of emergency.

Prayers of healing and recovery go out to the Mountain State! Share with others who would like to help this cause.