Gretchen Wilson Isn’t Shy About Her Love for Harry Styles 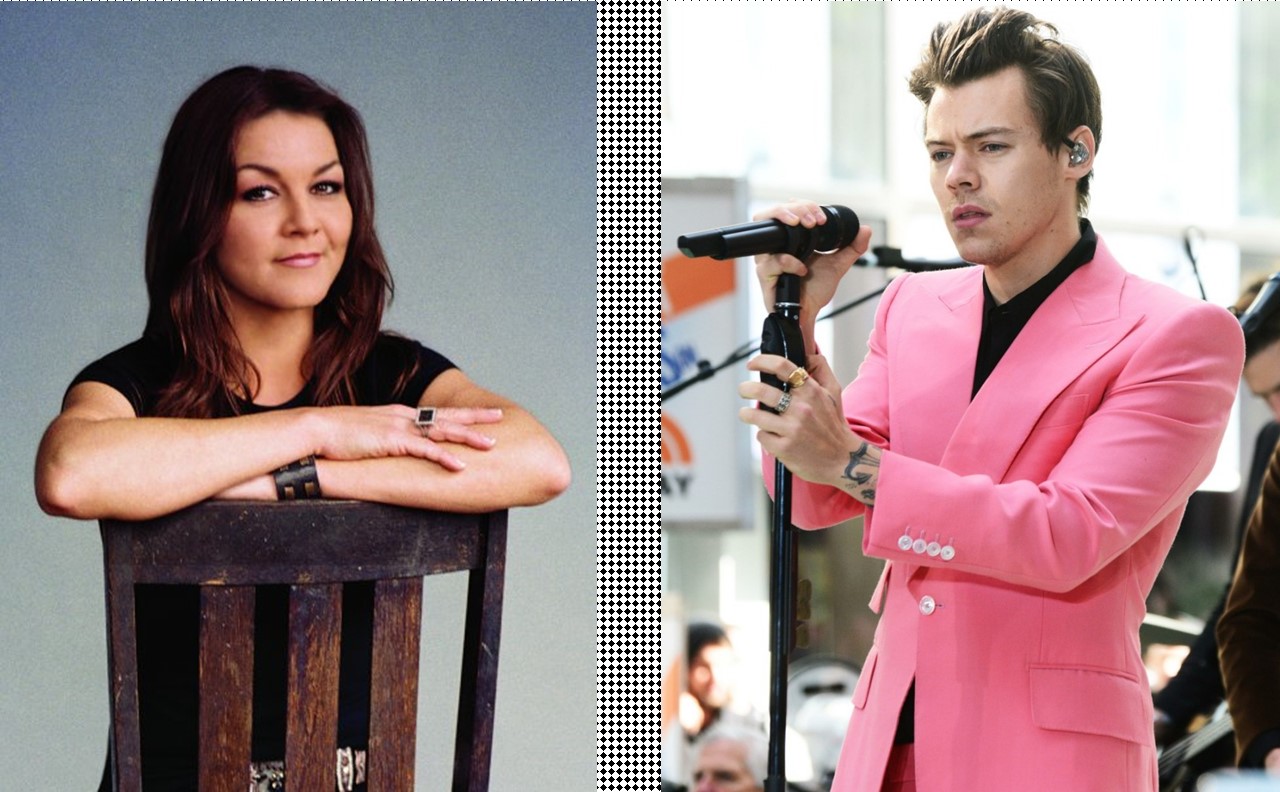 Gretchen Wilson may be a proud "Redneck Woman" but she has a soft spot for this young British star and his solo sound...

During a new interview with Rolling Stone Country, Gretchen Wilson confessed that she truly admires the original music being created by One Direction’s Harry Styles as a solo artist.

“You listen to Harry Styles’ new album and it is real. There are no machines. You can tell that the band speeds up, slows down. It’s real songwriting, singing and is almost like listening to vinyl in the seventies. I love it,” the country music songstress explained. “I’ve driven all the way across this country to go to One Direction concerts. I got turned onto them by my daughter.”

Oddly enough, it’s Harry’s stripped-down and genuine sound that gives Wilson hope for the country music genre as a whole. If a popular boyband member can successfully make the leap into producing authentic music while also taking his fan base with him— the sky really is the limit.

“Country music swings so often and every few years it goes back to more traditional stuff. I think kids are going back toward something real, rather than something manufactured. And that is what gives me hope,” the Illinois native reflected.

Amen to that. Artists with a more traditional sound have been gaining traction as of late— Chris Stapleton, Kacey Musgraves, Natalie Hemby, Jon Pardi, Jason Isbell, and Brandy Clark just to name a few standouts.

While Wilson still looks to country music mavens Loretta Lynn and Tanya Tucker for songwriting inspiration, her college-age daughter Grace’s love for artists such as Styles, Ed Sheeran, and Drake has also rubbed off on her listening preferences.

After stepping away from the limelight for three years to spend quality time with her daughter, Wilson has returned to the country music scene with her latest album Ready to Get Rowdy, which dropped in mid-June. Enjoy her latest single “Summertime Town” below!

“Do you know how many times I heard, ‘You’re going to step away for three years? This may not be here for you!'” she candidly shared with the outlet. “But I can go sling drinks at the local tavern and live in a mobile home. I’m just me. And I never let anybody tell me what to do. I do what is right for me and those closest to me.”

Gretchen truly follows her own arrow and is able to appreciate the authentic artistry of others, even when it falls outside of her closely-held personal musical style. That’s what makes her such as special soul and we’re thrilled she’s back!