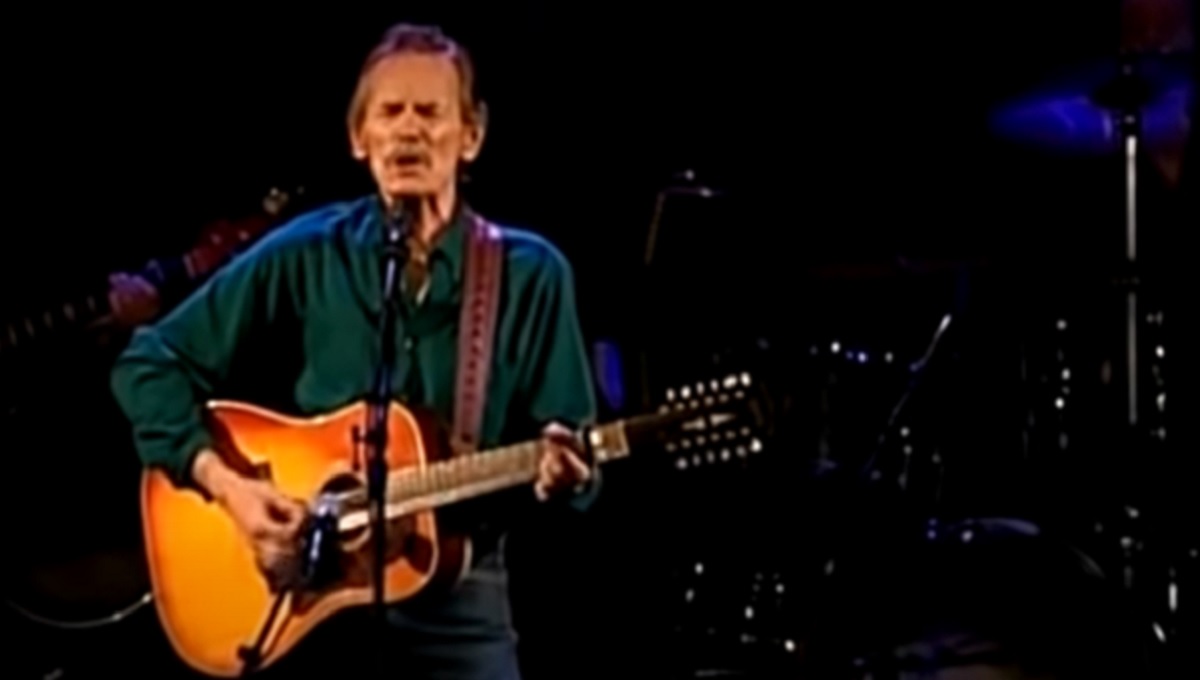 Enjoy watching the Gordon Lightfoot "The Wreck of the Edmund Fitzgerald" live performance and see the song details here. . .

The Gordon Lightfoot The Wreck of the Edmund Fitzgerald song was released in 1976 and is considered his finest work. Gordon wrote this song to commemorate the sinking of the bulk carrier SS Edmund Fitzgerald on Lake Superior on November 10, 1975. Lightfoot drew his inspiration from a Newsweek article on the tragic event.  This song reached #2 on the Billboard 100 chart.

Watch the live performance for one of his greatest works and check out the written lyrics below.

This classic song was written by Gordon Lightfoot.

Gordon Lightfoot The Wreck of the Edmund Fitzgerald Lyrics

The legend lives on from the Chippewa on down
Of the big lake they called Gitche Gumee
The lake, it is said, never gives up her dead
When the skies of November turn gloomy
With a load of iron ore twenty-six thousand tons more
Than the Edmund Fitzgerald weighed empty
That good ship and true was a bone to be chewed
When the gales of November came early
The ship was the pride of the American side
Coming back from some mill in Wisconsin
As the big freighters go, it was bigger than most
With a crew and good captain well seasoned
Concluding some terms with a couple of steel firms
When they left fully loaded for Cleveland
And later that night when the ship’s bell rang
Could it be the north wind they’d been feelin’?
The wind in the wires made a tattle-tale sound
And a wave broke over the railing
And every man knew, as the captain did too
T’was the witch of November come stealin’
The dawn came late and the breakfast had to wait
When the gales of November came slashin’
When afternoon came it was freezin’ rain
In the face of a hurricane west wind
When suppertime came, the old cook came on deck sayin’
“Fellas, it’s too rough to feed ya”
At seven PM, a main hatchway caved in, he said
“Fellas, it’s been good to know ya”
The captain wired in he had water comin’ in
And the good ship and crew was in peril
And later that night when his lights went outta sight
Came the wreck of the Edmund Fitzgerald
Does any one know where the love of God goes
When the waves turn the minutes to hours?
The searchers all say they’d have made Whitefish Bay
If they’d put fifteen more miles behind her
They might have split up or they might have capsized
They may have broke deep and took water
And all that remains is the faces and the names
Of the wives and the sons and the daughters
Lake Huron rolls, Superior sings
In the rooms of her ice-water mansion
Old Michigan steams like a young man’s dreams
The islands and bays are for sportsmen
And farther below Lake Ontario
Takes in what Lake Erie can send her
And the iron boats go as the mariners all know
With the gales of November remembered
In a musty old hall in Detroit they prayed
In the maritime sailors’ cathedral
The church bell chimed ’til it rang twenty-nine times
For each man on the Edmund Fitzgerald
The legend lives on from the Chippewa on down
Of the big lake they called Gitche Gumee
Superior, they said, never gives up her dead
When the gales of November come early

Remember to “share” the Gordon Lightfoot The Wreck of the Edmund Fitzgerald performance with other music fans !