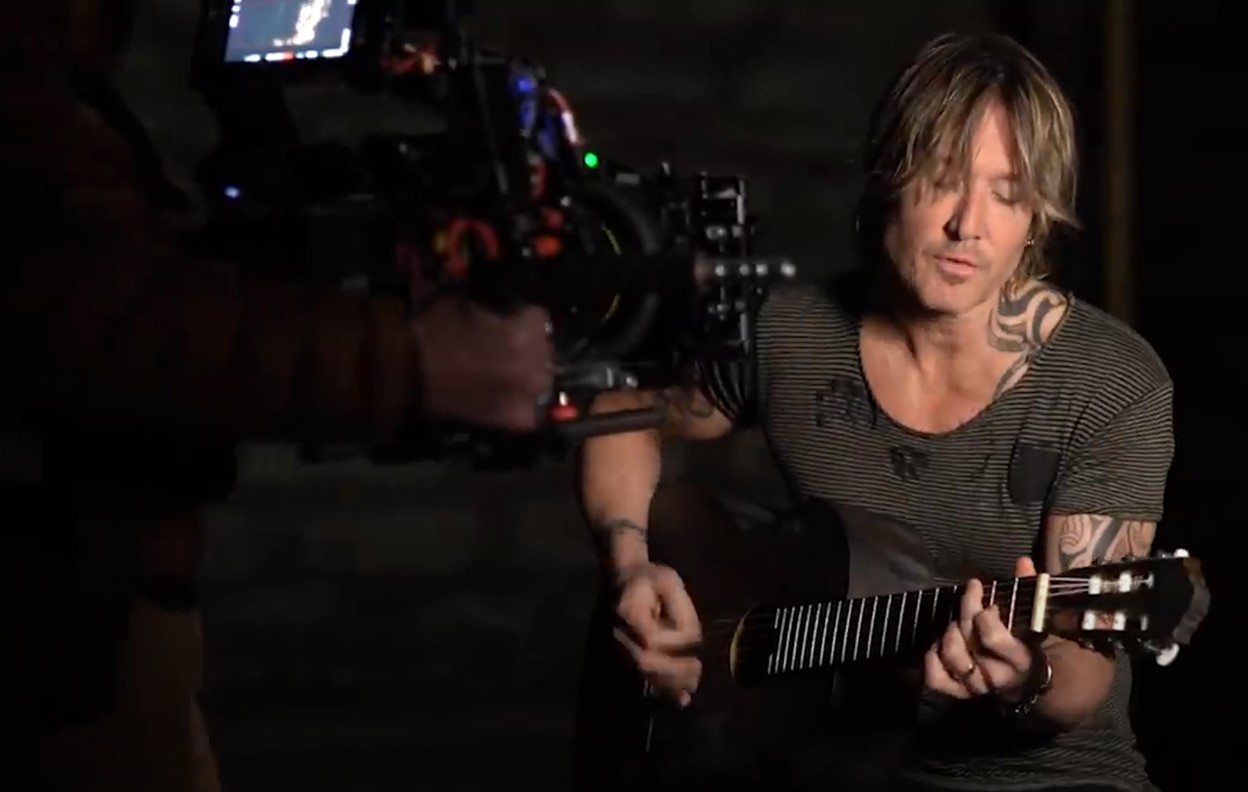 Country music star Keith Urban's “God Whispered Your Name” feels very personal to his relationship with wife Nicole Kidman even though he didn't write it...

The Keith Urban God Whispered Your Name song was released in March of 2020 as the second single from Urban’s eleventh studio album The Speed of Now Part 1.  Country music superstar Keith Urban recently released his new single, “God Whispered Your Name”! The song was written by James Slater, Shy Carter, Micah Carter, and Chris August. A week after its release, it was his biggest streaming debut to date. As it continues to move up the charts, now comes the release of the song’s official music video, directed by Jennifer Massaux, that perfectly complements a song that as Urban states can mean a lot of things to a lot of different people.

“I wanted to first try and capture a sense of isolation, a lonely, dark place, that transitions into light a bit more as the video progresses, which for me is how I found my own world opening up as I went along my journey,” said Urban.

But as Urban tells it the video had its challenges. “That dark and lonely place, was underneath a warehouse in Nashville, literally the darkest, dank and smelly place. We spent the whole morning there shooting everything that you now see in the first part of the video.”

But the smell wasn’t the only challenge. “There was water in this room that I thought was like an inch deep,” explains Urban. “So, I opened the door, walked in and it was really about a foot. The first idea I had was to put my feet and socks into a garbage bag – tie them up and put my shoes on. I’d have my foot, my sock, a garbage bag and then my shoe – it made so much sense – but the water went everywhere. At the end of the shoot I took my boots off and they were drenched – probably as much water in the bag as there was in the waterway!”

The video’s cinematic sense of space and light is represented best as Urban is seen, from a variety of different drone shots, playing his guitar while balanced atop a boulder on an extraordinary mountainscape located just outside of the small town of Lancaster, California. “Playing guitar atop a boulder is definitely not a great idea. You just kinda lose yourself in what you’re doing, and every minute or two you realize what you’re doing, and you think, ‘I better not fall off this big ass boulder!’”

But in the end, Urban’s goal is very basic. “For me, a good music video takes the song to another level. It maybe gives the song a bit more dimension and hopefully we’ve done that with this one.”

Watch the music video, behind the scene footage and check out the written lyrics below.

Behind the Making of the “God Whispered Your Name” Music Video

I was so cold and lost
And nothing seemed to ring true
I couldn’t bear the cross
For everything I’d been through
And each day, I knew I needed change
But there was no way, no way

I can see the sunshine
For the first time in a while
Girl, it’s like I’ve been baptized
By the warmth of your smile, mmm
Well, call it fate or faith or call it crazy either way
It’s amazin’, amazin’ grace

Well, suddenly I wanna live
More than I ever did
I’m never gonna be the same
When God whispered your name

It’s just what I needed to hear, baby
It couldn’t have been more loud and clear

Oh, suddenly I wanna live
More than I ever did
I’m never gonna be the same
When God whispered your name, oh yeah

Share the Keith Urban God Whispered Your Name song with other fans!