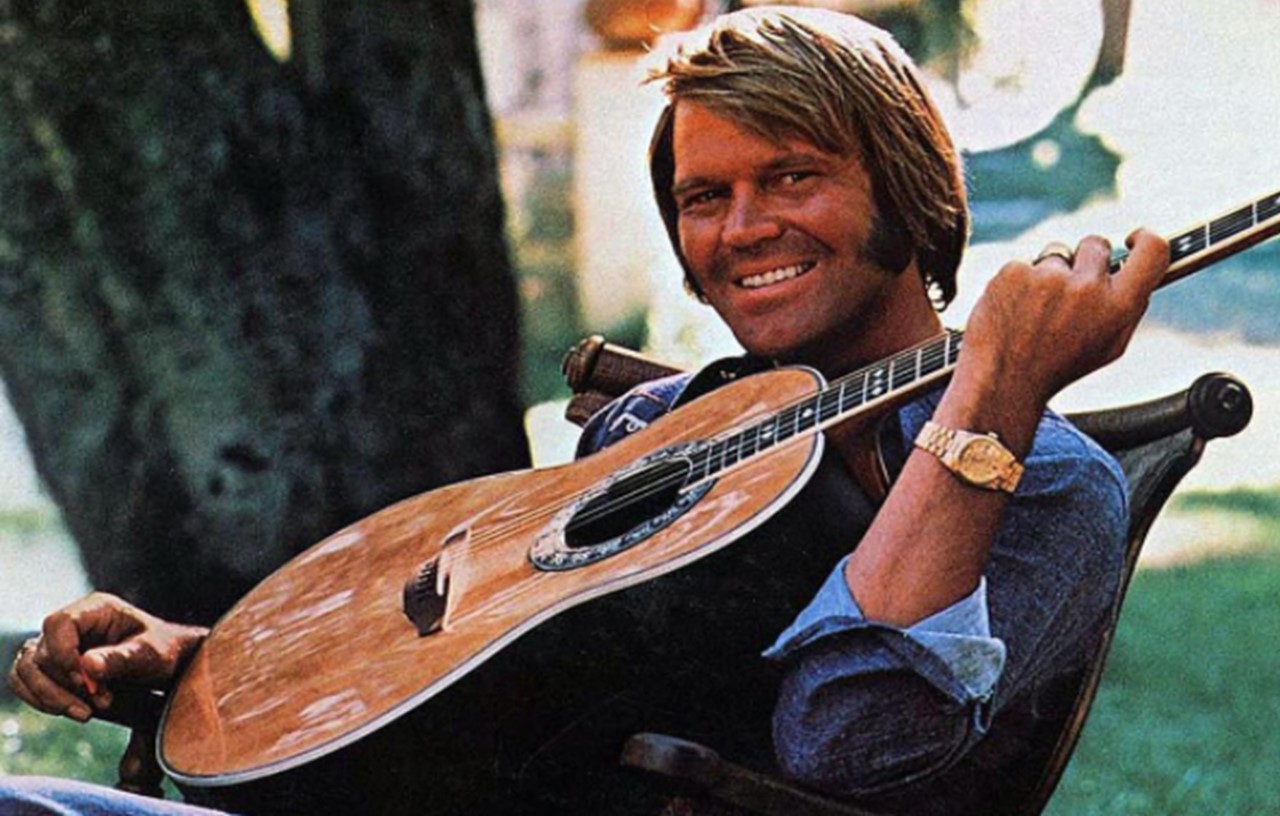 Glen Campbell's “Adiόs” music video is sure to bring a tear to your eye. Watch the fitting tribute unfold right here.

The poignant title track from ailing country music icon Glen Campbell’s farewell album, Adiόs, now has an emotional music video to accompany it. The song brings Campbell’s career full circle by reuniting him one last time with his lifelong collaborator Jimmy Webb, who penned Campbell’s crossover hits “Wichita Lineman,” “Galveston,” and “By The Time I Get To Phoenix.”

“Adiόs” is a song that Campbell always enjoyed playing but never recorded prior to this farewell record. “Glen and I used to play that song all the time,” Webb, who wrote four of the 12 tracks on the album, told Rolling Stone Country. “We played it in dressing rooms, hotels, we played it over at his house, we played it at my house. He always loved that song.”

As a fitting tribute to Glen, the song’s music video features his various family members passing along his famed guitar from Tennessee to California intertwined with old photos of the country legend recording in the studio.

The video comes to a heart-wrenching conclusion when Campbell’s grandson, Jeremy Olson, throws the famed instrument into the ocean waves before lighting a match and setting it on fire.

Watch the moving visual story below!

“In my view, ‘Adios’ is Glen’s farewell to the spotlight. I wanted the music video to reflect those sentiments. The fact that no one will ever hold a match to Glen’s skill on the guitar is memorialized by giving his guitar a proper ‘Viking Funeral’ on the California coast,” shared video director Peter Zavadil in a press release.

Longtime band member and Campbell’s friend Carl Jackson produced the sessions that led to Adiós. “I stood right beside him on every line, printed out the lyrics in big print,” Jackson told Rolling Stone Country. “Sometimes we had to do a line at a time because with Alzheimer’s, his memory of the lyrics, as we saw in the tour he had to use teleprompters, that went away pretty quick. But his melodies did not go away for a long time after his ability to remember actual songs. He would even remember what keys he did them in. I can’t explain it.”

Campbell’s final album was released on June 9th. Sadly, Campbell’s battle with Alzheimer’s disease has progressed so much that he is unaware that he has new album out. The singer recorded this album so others can remember his music, and remember we will.

We never really made it baby
But we came pretty close
Adios, adios

Our dreams of endless summers
Were just too grandiose
Adios, adios

Be sure to share this with other fans of the legend!