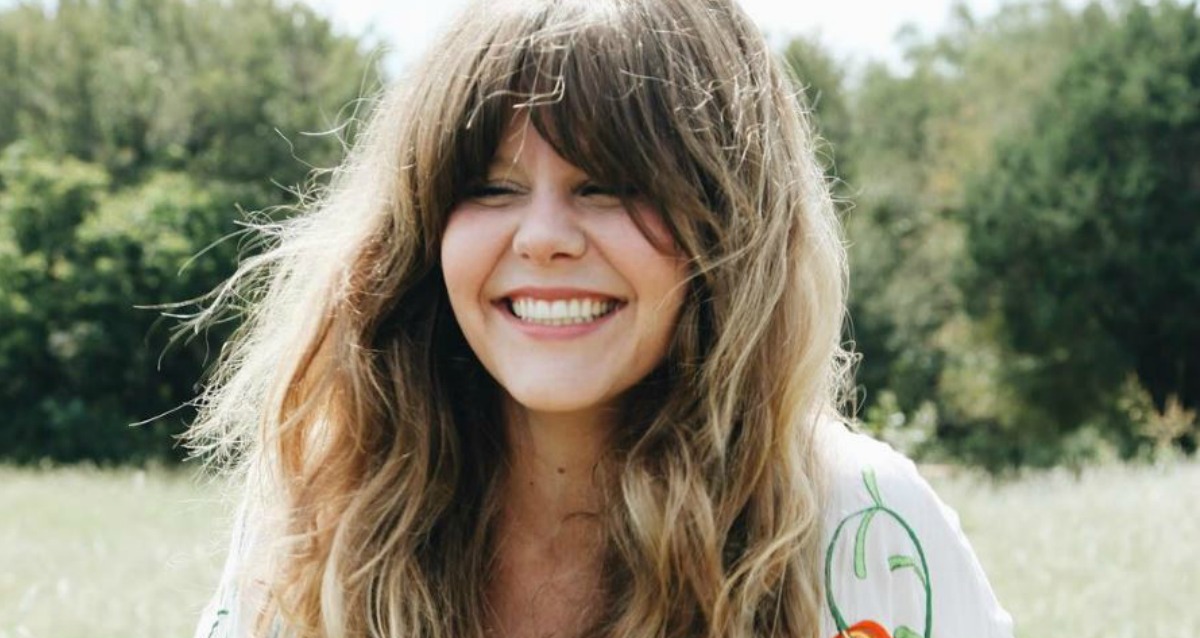 Dani McDonnell hails from the Gulf Coast, just southeast of Houston, Texas, and her musical style is firmly rooted there.

Dani McDonnell is over the moon because of the release of her debut EP, the five-track Neon’s Callin’, and we got to sit down with her to ask a few questions. Read on below to get to know the very-talented Dani and then give her album a listen!

How did you come to start working on the Neon’s Callin’ EP?

I started working on Neon’s Callin’ in the summer of 2016 along with my husband Aaron and our friends from Austin based band Mayeux & Broussard. Aaron and I had been in the process of writing together when Tate Mayeux from Mayeux & Broussard sent me a song that he wrote called “Louisiana Cannonball”. I fell in love immediately and that really was the catalyst for getting me excited about the project. I am a huge fan of their swampy- tonk sound and it was an honor to have them in the studio as my band. Will Sargent engineered the record and hosted us in his amazing studio for tracking. He was also instrumental in putting everything together, and inserted his own flavor with certain artistic direction as well as tracking lap steel.

Where do you draw inspiration from?

I grew up listening to southern rock, blues, and older country. When I would ask my dad if we could listen to country music, which could have been me wanting to hear any George Strait tune on the radio, he would put on Waylon Jennings. If I asked to listen to the latest rock station he would put on ZZ Top or Stevie Ray Vaughn. I’m from the Gulf Coast and I think you can hear that in the music. There is something about that area that just gives you a little grit. You hear that muddy water in the music. I didn’t realize that that place defined who I am as much as it does.

What is it like working with your husband, fellow country musician Aaron McDonnell?

It’s awesome, but to be totally truthful at times can be a struggle. We get along great when we work together, except for the writing process. Aaron is a seasoned song writer, I am not. I know what I want to say and what I want the song to sound like, but bringing it to life is not so easy. Especially when the music is alive inside you but you don’t know how to get it out. This is also hard for Aaron, because he can hear a guitar riff and craft and entire song around it. He will have a great line come to him and write down a complete song in less than 30 minutes. We were on opposites sides and it took a lot of work to understand the way each person worked and how to bring the best parts of each other out. That being said, I’m incredibly blessed that I get to be a part of his process and learn from someone so talented. It’s nice having him as a resource. We also have a blast on stage. We are able to work as a team and if one of us is having a less than great day, the other one is right there to help them get through it. I don’t know what I would do without him. He’s also not bad to look at.

What are your thoughts on women in music?

There are not enough of us. With so many incredibly talented women out there it’s a shame that it’s still so heavily dominated by men. I think there are a few reasons why. Women aren’t as empowered as men are to follow their passions in this field. I know this first hand because I’ve been told that my chances are limited, because I’m a woman. It’s the first time in my life I’ve ever heard this, because I’ve been so successful in other endeavors. I believe I can do whatever it is I want because I’m talented, strong, and very capable. I hope I can prove the naysayers wrong. Also, women need to step it up. No woman is any less capable than any man at music. This is something we should all believe! I recently saw Bonnie Raitt live in concert and it was a real inspiration. She stole the show and was the best entertainer at the concert. We were blown away to say the least. Emily Wolfe is another great example of a lady out there killing it. This is possible for us all! Lastly, it’s a numbers game. If women aren’t outselling the men then they aren’t going to be as many women. That’s business and as unfortunate as it is, this is the way business works. We need to band together, empower each other, and step up our game.

How do you see your music evolving?

It’s hard to say, because it’s so personal and so emotional. I know I’d like to experiment with some accordion and piano in the next go around. My grandmother was amazing at both instruments and it’s very nostalgic for me. I straddle this love for the blues, rock, gospel and country. I think that it will always be a mix of these sounds, but depending on what’s going on, how I’m feeling, and what is most inspiring to me at the time, is what you’ll end up hearing the most. This is a never-ending search for a sound. I’ve only just begun this journey and am excited to see where it takes me :)

Big thanks to Dani for sitting down with us…now listen to her debut album, Neon’s Callin’, below!