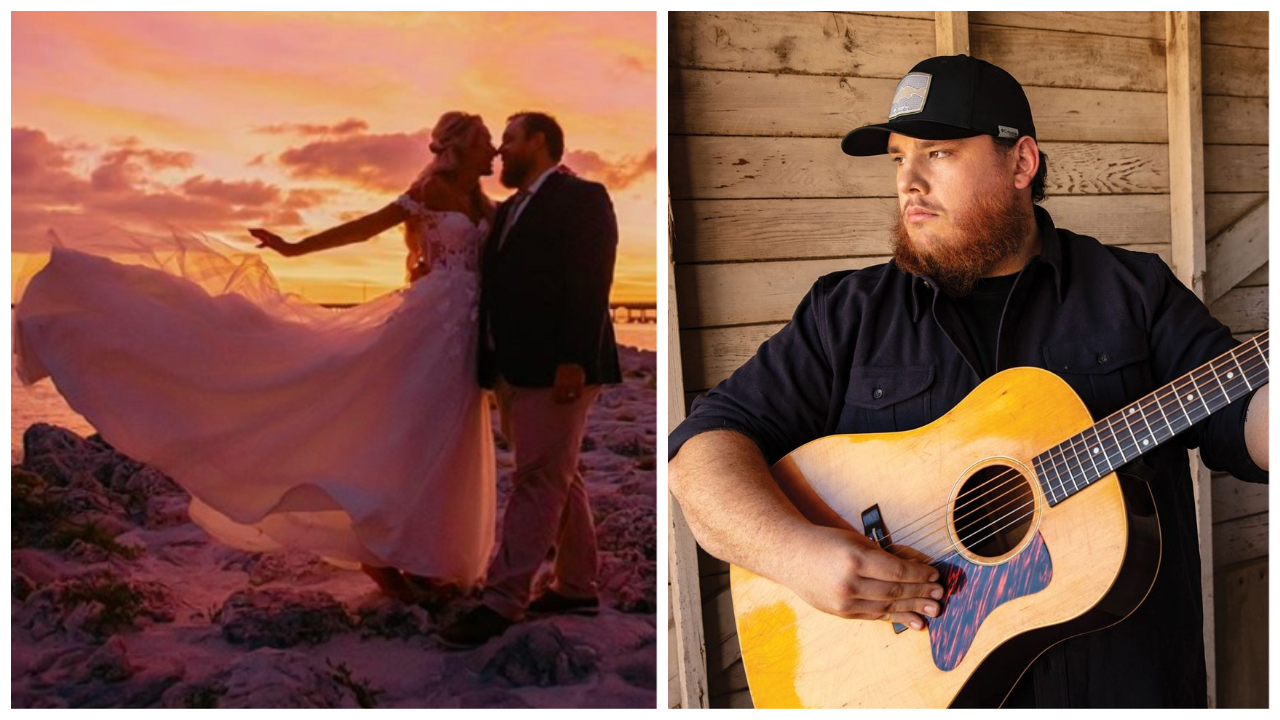 Luke Combs’ wife (Nicole Hocking Combs) is a real “firecracker” and Luke clearly hit the lottery with this relationship.  Watch the video and check out the answers to key questions about this fun loving couple below.

Discover more about Luke Combs’ wife and relationship with Nicole.

Answers to Key Questions about Luke and Nicole Hocking Combs

Where did Luke and Nicole grow up?

Luke Combs is from North Carolina, born in Charlotte and raised in Asheville (where he moved when he was eight years old).  Nicole grew up in Florida and studied civil engineering in college at Florida Gulf Coast University.  She worked on a couple of music internships focused on country music and landed in Nashville, Tennessee.

Luke Combs’ wife to be:  Where does Nicole Work?

Nicole now works at BMI, Broadcast Music Inc as a recruiting coordinator.  She has also been joining Luke on tour.

Luke Combs’ wife to be:  How did Luke and Nicole Meet?

The couple met in Nashville via mutual friends.  The two found each other while attending a music festival in Florida and Nicole invited Luke to hang out with her and her friends.  Luke later invited Nicole over to dinner when back in Nashville and the rest is history.   Luke wrote her a song — his hit “Beautiful Crazy” — before they were officially dating and Luke has stated that this earned him some major brownie points and helped cement the relationship..

What is the age difference between Luke and Nicole?

What are Luke and Nicole’s Shared Interests?

The couple clearly loves all things about water sports including jet skis and boating, fishing, and just hanging out with friends around the lake or ocean.  Nicole can also be found shooting a shotgun on social media.  They both clearly love country music and this shared interest is what initially brought the couple together.

When and where did Nicole and Luke get engaged?

Luke popped the question in the kitchen of their new Nashville home back in November of 2018. The couple officially broke the news while on vacation in Hawaii. “You’re stuck with me forever!!  love you so, sooo much babe,” Nicole captioned in Instagram as they celebrated their engagement.

What is one item that Nicole changed about Luke?

Nicole got Luke to quit chewing tobacco….which is a good thing for Luke’s health.

Where will Nicole’s bachelorette party be?

Luke Combs and Nicole had a friendly fishing competition at Dogwood Canyon. The winner got to pick where the other person will have their bachelorette / bachelor party. Luke barely one the competition and was kind to pick Costa Rica as Nicole’s bachelorette party destination as he knew this was her desired location.  So, in the end, Nicole also wins!  The Covid pandamic changed many plans for the couple and they married on August 1, 2020.  They will likely need to make up the Costa Rica trip once the Pandemic is over.

Which Luke Combs’ song was inspired by Nicole?

“Beautify Crazy” was inspired by Nicole and became a great universal love song that many women identify with.  Luke played the song for Nicole a couple of days after he wrote the song.  Check out the lyrics to Beautiful crazy below.  Luke recently added two additional songs inspired by Nicole including “Better Together” and a soon to be released song “Forever After All”.

Do Luke and Nicole have any children?  In January of 2020, the couple announced they are expecting a baby boy to arrive in the Spring of 2022.

Watch Luke and Nicole answer questions from fans below.

Remember to “share” this with other Country Music fans!