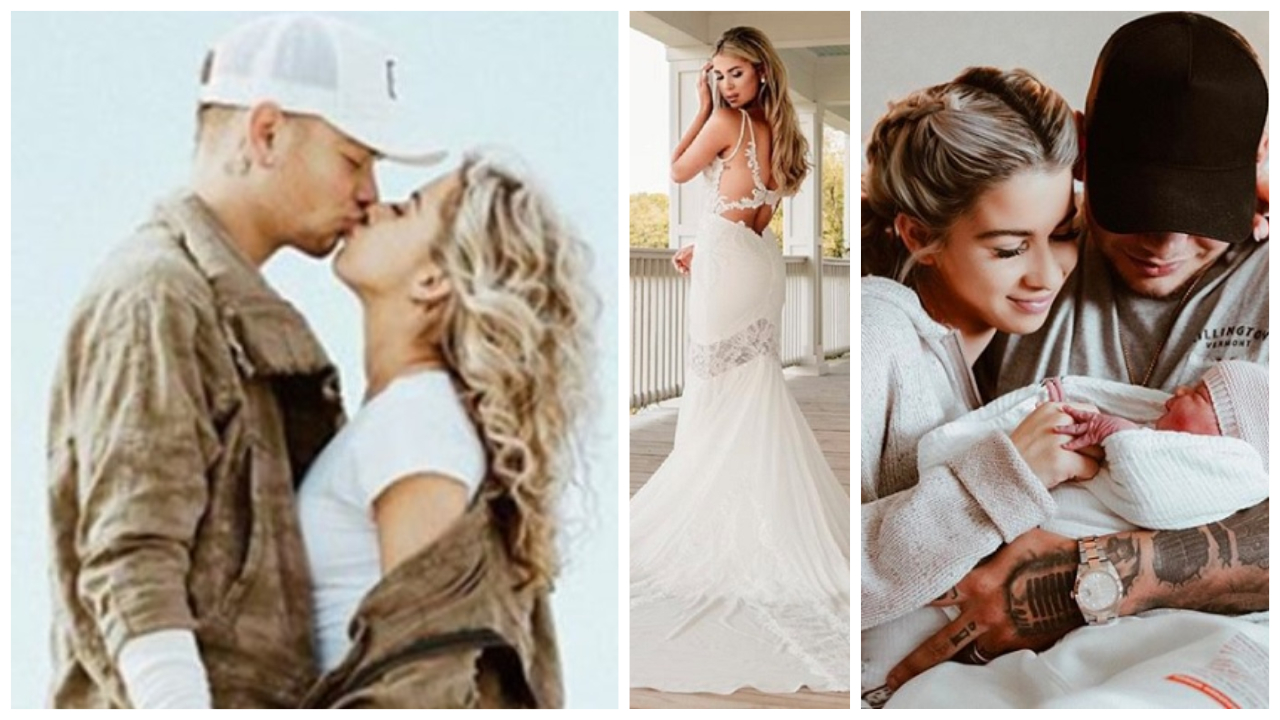 Katelyn Jae Brown is the soul mate for country music star Kane Brown and the couple dated just 8 months before becoming engaged.  Katelyn is from a suburb near Philadelphia, Pennsylvania, and graduated from Berklee College of Music in 2019. The couple first met at a Florida Topgolf location. Katelyn was just enjoying her time there and had no idea who Kane was at all. The pair actually didn’t talk one bit during their first encounter, but Kane chose to message her on Instagram after returning home to Nashville. The “Heaven” singer wanted to know when they could meet up and ended up flying her up to Nashville for a dinner date and to meet some of his friends downtown.

Kane flew Katelyn to Nashville, Tennessee for a visit and the rest is history.  The couple dated just 8 months before becoming engaged and married on October 12, 2018.  The happy couple soon became proud parents of a baby girl and they also have two dogs.  Watch the video below to learn more about Katelyn and Kane’s relationship and check out their relationship footage in the below music videos.

This music video features footage of Kane and Katelyn’s evolving relationship.   In the Georgia native’s new music video for “What’s Mine Is Yours,” he gives fans an inside perspective of what life is like at home now that his beautiful lady love had entered his life. The old-style video makes the visual story feel even more genuine and authentic. From cooking breakfast together to just hanging out in the living room, the “What’s Mine Is Yours” music video is an inspiration to any young couple!

Kane Brown‘s “Good as You” music video shares moments from the star’s October 12th wedding to Katelyn Jae in Tennessee. The romantic track appears on his upcoming album, Experiment,.

This “Good as You” music video features footage of the couple’s wedding….

Katelyn became a mom in 2019 as the couple welcomed their daughter Kingsley Rose Brown into this world on October 29, 2019.   Watch the video below to see Kingsley’s cutest moments.

Remember to “share” this article with other Country Music fans!