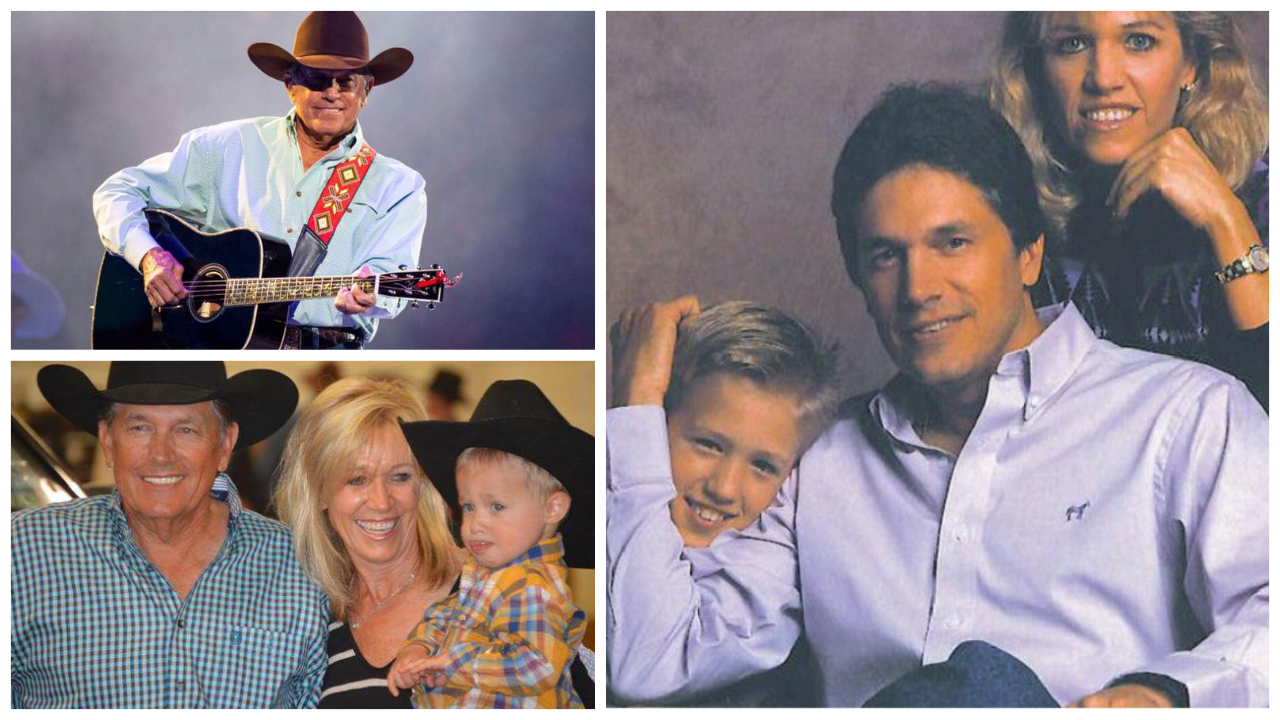 George Strait’s family includes three generations of George Straits including his son Bubba and grandson Harvey Strait.  George Strait’s wife Norma Strait was his high school sweetheart (then Norma Voss) and the couple has been married for 48 years.    Norma grew up in Pearsall, Texas in Frio Country, southwest of San Antonio.  Watch the video about his life’s journey and see more family details below..

Click the “play” button below to watch George Strait’s family journey including his marriage, kids and grand kids.

George Strait almost missed out on the love of his life, wife Norma. After George took his lady love on their first date, he didn’t ask her out again for a very long time. Thankfully, the country music legend realized his huge mistake and opened up about his actions to CBS Local, “Norma was the first girl I ever loved. We knew each other forever, growing up in a small town. I never really even thought anything about her, but then one day I asked her out and we went on a date. We didn’t see each other for a long time after that. Then one day, I thought, ‘I’m missing the boat here,’ and we started dating again.”

The small town high school sweethearts eloped to Mexico on December 4, 1971. The couple soon after exchanged vows at a church in Pearsall, Texas.  George remarried Norma Voss in Texas to satisfy their parents. 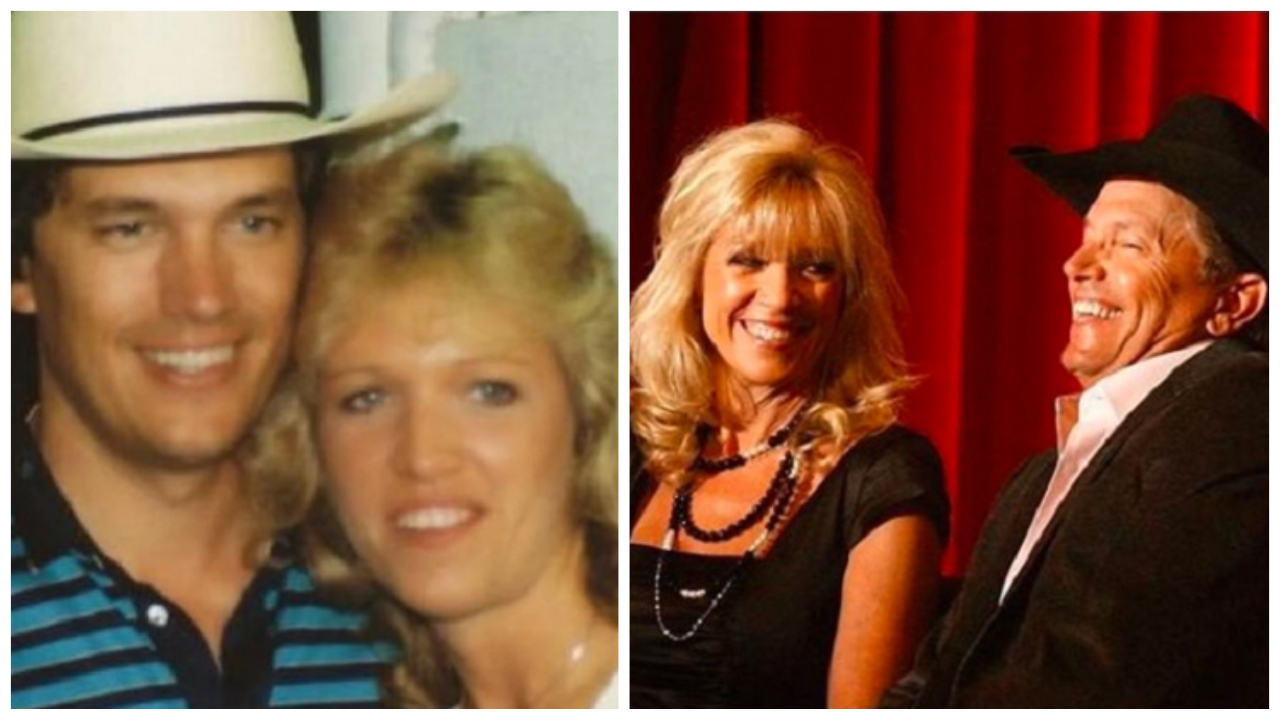 George and Norma live in northwest San Antonio in a community called The Dominion. They also spend quality time on their ranch near Cotulla, located in between San Antonio and Laredo. In February 2012, the Straits became proud grandparents, George Strait, Jr., and his wife, Tamara, welcomed their first child, George Harvey Strait III. Their grandson is known as Harvey, but is also called “Bubba” like his father.  The couple welcomed a daughter, Jilliann Louise Strait, on Sept. 10, 2016 providing George and Norma with a 2nd grandchild.

George and Norma Strait have not lost their spark. In 2012 King George talked to People about his strong marriage, “We love each other and we still like each other. We’re so blessed that we were able to experience this life together, to support each other through everything, good times and bad.”

George Strait released his 40th studio album, Love Is Everything that could serve as a tribute the the relationship with his wife. The album features 13 new tracks, including the lead single “Give It All We Got Tonight.”  Through his rock-solid marriage to his hometown sweetheart, his devotion to his family, and his personal belief system, George has been able to successfully navigate life’s ups and downs.

Their first child Jenifer was born October 6, 1972 in Hawaii.  Tragically, Jenifer was killed in an automobile accident in San Marcos, Texas on June 25, 1986, at the age of 13.

In remembrance of their daughter, the family set up the Jenifer Lynn Strait Foundation, which donates money to children’s charities in the San Antonio, Texas area.

Their son George “Bubba” Strait, Jr. was welcomed into the world in 1981.  Bubba graduated from Texas A&M in College Station and pursued a career as a Professional Rodeo Cowboys Association (PRCA) team roping competitor.

Bubba and Tamara have been married for over 9 years.  Bubba and Tamara make their home in Texas hill country with their young children Jilliann Louise Strait and George Harvey Strait III aka “Harvey.” Tamara is a successful realtor who is dedicated to organizations such as the Methodist Hospital’s Children’s Center, Wish For Our Heroes, and David Feherty’s Troops First Foundation.  Harvey is now 8 years old and Jilliann Louise Strait is over 3 years old.

Norma Strait is now 65 years old (born in 1954) and George Strait is 67 years old (born May 18, 1952). The couple is still going strong and we look forward to seeing Bubba and the two grand kids continue to grow up. 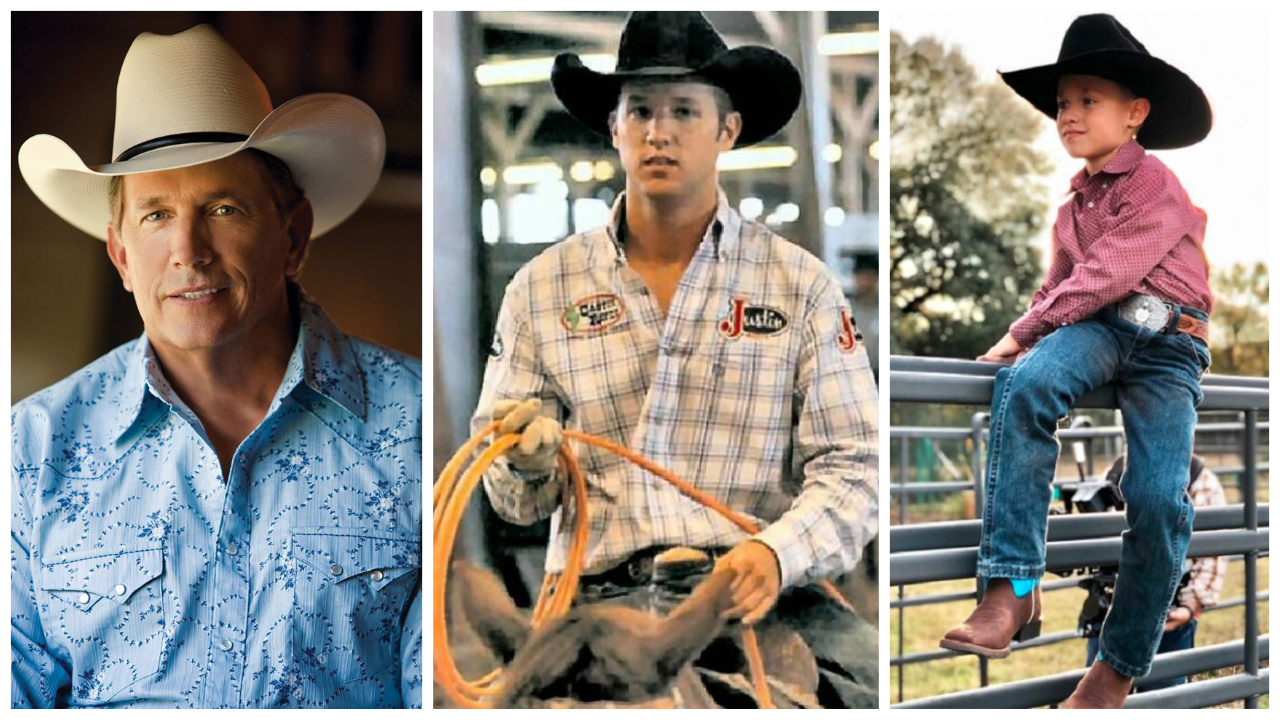