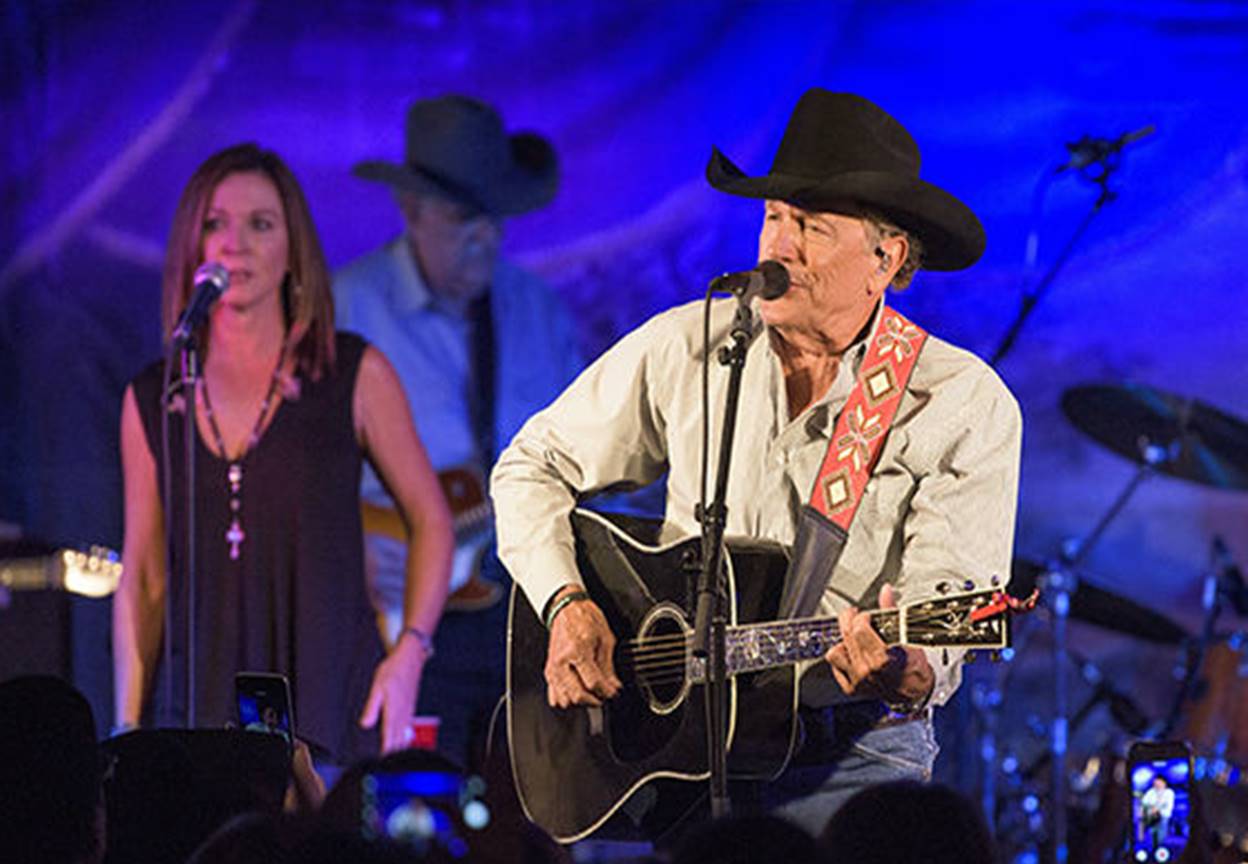 Country music icon George Strait will be returning to Las Vegas for four additional weekends at Sin City’s T-Mobile Arena in 2017. Dubbed 2 Nights of Number 1’s, the limited engagement will showcase live performances of Strait’s unparalleled 60 No. 1 hits plus fan favorites. Even better, “Mayday” singer-songwriter Cam is joining King George as support. Tickets for all dates will go on sale Friday, December 2nd at 10 AM PT HERE.

The all-new 2017 shows follow Strait’s wildly popular, sold-out Strait to Vegas exclusive concert series at T-Mobile Arena, which is nearing the wrap of its first year of worldwide exclusive engagements.

Upcoming dates for 2 Nights of Number 1’s are as follows:

Many of the songs that Strait will be performing during 2 Nights of Number 1’s are also featured on Strait Out of the Box: Part 2, which became available on Friday, November 18th exclusively through Walmart.

Share this exciting update with other country music fans!