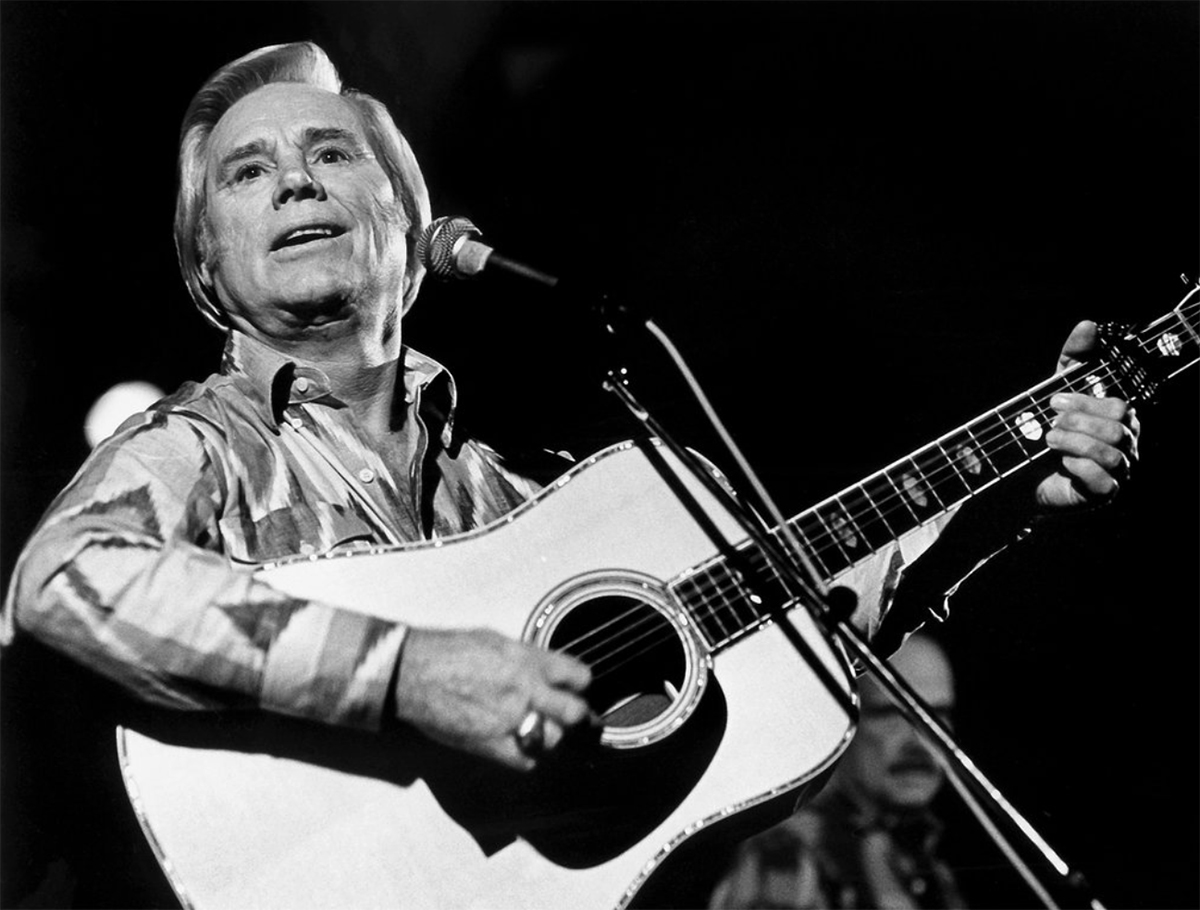 The country music icon is best known for his song "He Stopped Loving Her Today" and his distinctive voice. Enjoy this collection George Jones songs here!

George Jones is regarded as being one of the best country singers of all time. His unique voice and exquisite sentiment have captured generations of fans.

19. “Radio Lovers”
A “murder ballad” this song tells the tale of a disco-jockey returning home to find that his wife has been unfaithful.

18. “The King Is Gone (So Are You)”
This song tells the tale of a man, recently broken up with, cracking open a bottle of whiskey shaped like Elvis Presley.

16. “White Lighting”
This was the first #1 single of Jones’ career.

14. “When The Grass Grows Over Me”
Don Chapel, who was married to Tammy Wynette before Jones, wrote this song.

13. “A Good Year For The Roses”
This ballad rose to #2 on the US Hot Country Songs chart.

8. “I Don’t Need Your Rockin’ Chair”
This 1992 song proves that George Jones would keep “honky tonkin’ through his golden years!”

5. “The One I Loved Back Then (The Corvette Song)”
This 1985 chart-topper focuses on a man’s love for fast cars and beautiful women.

4. “The Grand Tour”
This song was written in lieu of Jones’ split with his ex-wife Tammy Wynette.

3. “She Thinks I Still Care”
This song was George Jones’ third chart-topper, staying at the #1 spot for six weeks in 1962.

2. “Walk Through This World With Me”
This 1967 hit is one of George Jones’ best known love songs, as well as being one of the bets love songs in all of country music.

1. “He Stopped Loving Her Today”
Often referred to as “the best country song of all-time,” this song solidified George Jones as one of the best country artists ever. After not making a No. 1 single in six years, Jones began to fall off track until releasing this somber but beautiful ballad in 1980. The song won George Jones the Grammy Award for Best Male Vocal Country Performance that year, as well as an ACM award for best Single of the Year and Song of the Year in 1980.

Sharethis with other fans of George Jones!