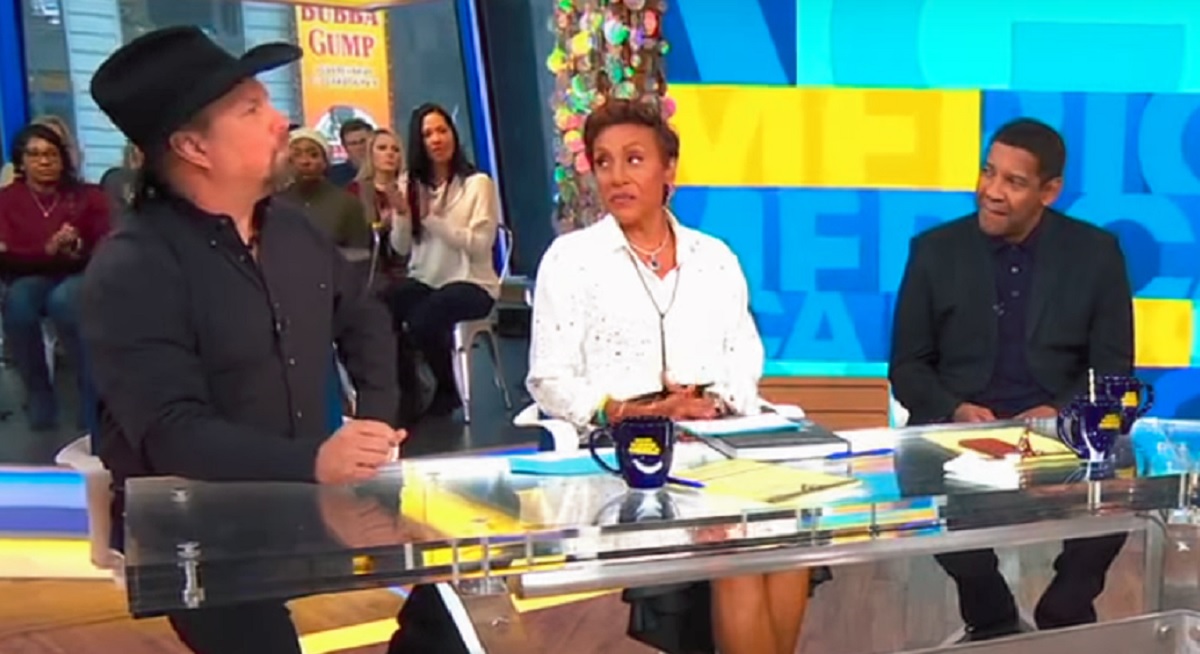 Country star Garth Brooks recently served as a Co-Host on Good Morning America and managed to shock Denzel Washington with the depth of his opinion on his latest film role.  Garth is making several TV appearances in support of his new release of his book and music for the fist five years of his career:  “The Anthology Part 1: The First Five Years”.  This is the first of five planned box sets chronicling Garth’s legendary Country Music career.

Garth and Denzel Washington on GMA

Garth gushes over the movie and impresses Denzel and his fellow co-hosts with his knowledge of the movie.  Denzel, two-time Oscar winner, discusses his role in the new film “‘Roman J. Israel, Esq.” and talks with Garth Brooks about the powerful message it conveys.

Garth and Denzel Video on GMA