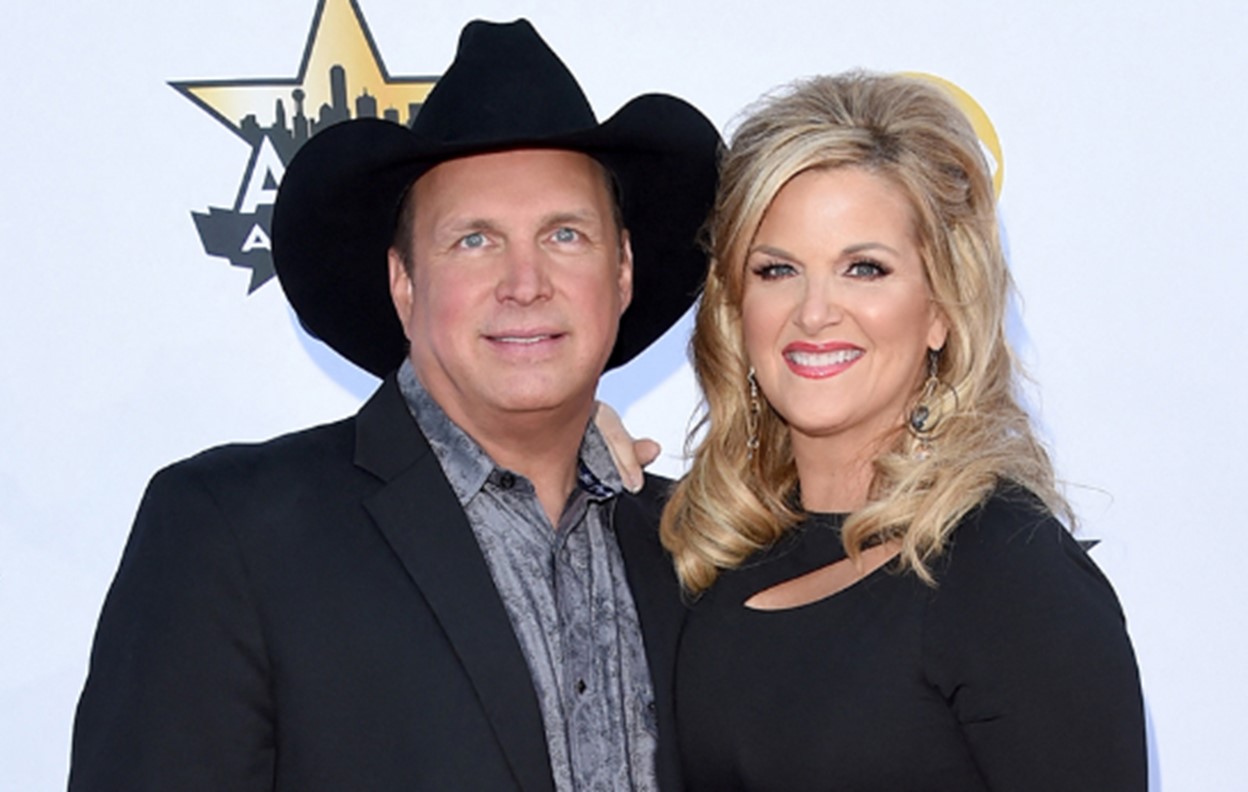 After spending a week of hard work chopping wood, giving back to the community, and doing press for the 35th Annual Habitat for Humanity Jimmy and Rosalynn Carter Work Project, Garth Brooks couldn’t help but boast about his wife Trisha Yearwood.

“My wife is fresh as a daisy, I’m worn out,” Garth confessed to Taste of Country. “That is not even true,” Yearwood quipped in response.

This being their 10th year helping to build houses for the cause, the couple discussed what it is like providing for a community in need. This time around they are working on 41 homes in Mishawaka, Indiana. Mishawaka is a community located east of the South Bend where Brooks will be playing October 20th at the Notre Dame stadium.

LIVE from @NotreDame! Are YOU ready for NEW MUSIC for FREE??? I am!!! Thanks Ticketmaster!!! love, g Watch #StudioG to find out how to get YOUR free #GarthTripleLive, link in bio or go to Facebook.com/GarthBrooks . . . . #GarthBrooks #NotreDame #FightingIrish

The houses start off as a just cement floors and that’s it. Four days pass and each slab is dressed with a frame, roof, windows, and doors. Each year, the country stars show up first thing in the morning and work until late afternoon.

“The rest of it is hammering and nailing and gluing and sawing and whatever needs to be done,” Yearwood said about pushing past the most demanding parts of their volunteer work.

Even though there’s plenty of work for those donating their skills and time, they have some very special company. Families who are planning to live in these houses need to put 250 hours of hard work, sweat, and love in order to be considered. When a home is completed, former President Carter ceremoniously gives the keys along with a Bible to each family and takes a photo with each home’s crew.

One of the greatest motivators is people working together to help other people. Every year it is an honor and a privilege to work with everyone @habitatforhumanity on The Carter Work Project. When we all work together, amazing things happen. I am inspired xo

“I got to see a president of the United States cry today, and he couldn’t stop himself,” Brooks recalled. A mother and her kids had been working all week, but she’d not told them why. Mr. Carter called the children forward, “And the president and Ms. Rosalynn walked up and said, ‘You know whose house this is?’” Yearwood shared. “And they said, ‘No.’ And he tried to say, ‘it’s your house …'”

“He just never got it out,” Brooks added.

“He never really got it out, he got so emotional.” Yearwood observed.

Moments like that make all the effort totally worth it. What an awesome way to help out others!

Make sure to share this with other fans of this county music couple.