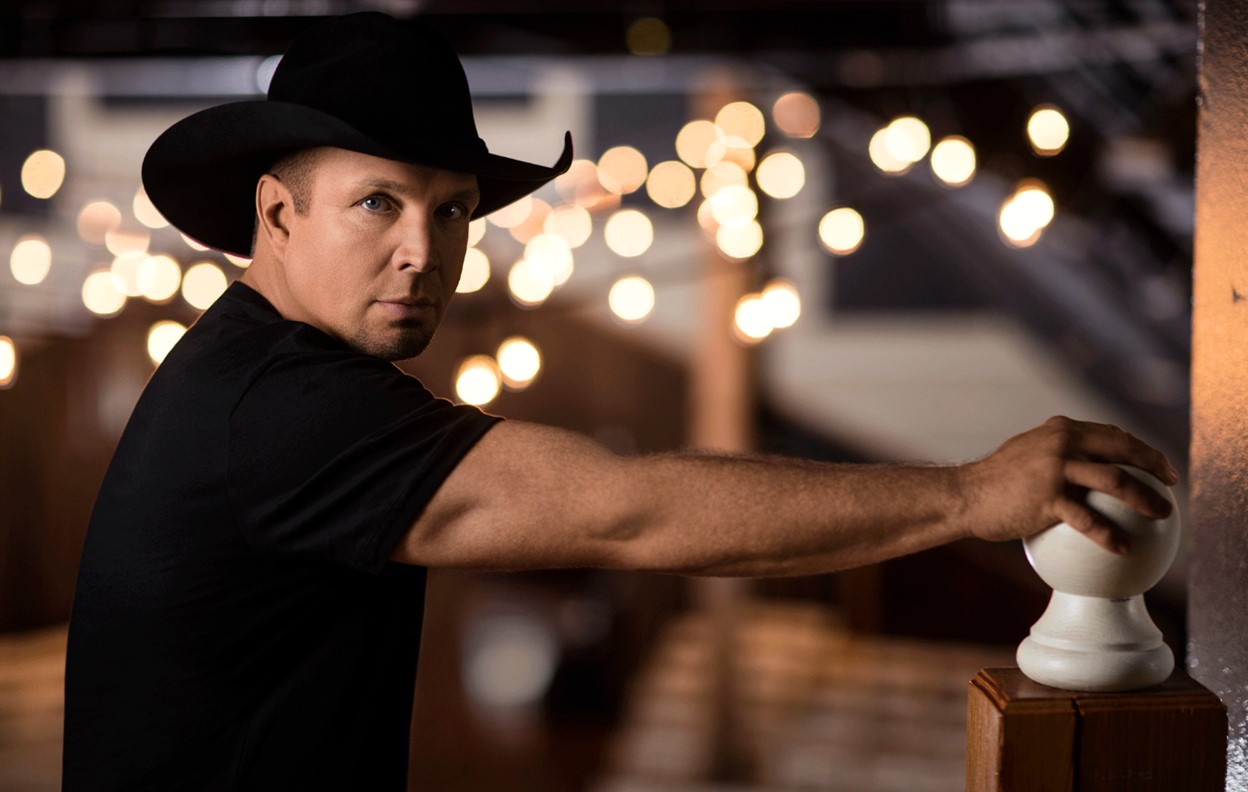 Country music icon Garth Brooks has just announced a new live album! The announcement was made during the star’s Notre Dame press conference today. The project is called Triple Live and is a specially created mix for the fans.

In addition, a limited number of Triple Live albums will be available to download for FREE tonight (Aug. 27) with a special download code, exclusively through Ticketmaster. The download code will be released during “Inside Studio G” on Garth Brooks’ Facebook Page at 7 PM ET. The album can only be downloaded onto a desktop or laptop computer.

Triple Live features three discs and fans can change the sound mix by adjusting speaker or headphone settings. This gives listeners the option to feel like they are sitting in the middle of thousands of voices singing every word or right up on stage, hearing the concert the way the band does.

Also at the press conference, the Oklahoman shared the date for his concert at Notre Dame, presented by Amazon Music. The concert will be on Saturday, October 20th at 7:00 PM ET. The country music star will be the first-ever concert event at Notre Dame. Tickets for this concert will go on sale Friday, September 14th at 10:00 AM ET.

Are YOU ready for #GARTHatND? Make history with Garth at the first concert EVER at @NotreDame Stadium on October 20th! Tickets ON SALE September 14, 10am EDT! – Team Garth . . . . . #GarthBrooks #NotreDame #FightingIrish

In July, the reigning CMA “Entertainer Of The Year” was invited to play the first-ever concert at Notre Dame Stadium.

“Notre Dame stadium has seen so many iconic moments!” Brooks shared. “I look forward to bringing a new kind of crazy to the party. “

“Right from the outset, I just felt that Garth represents Notre Dame’s values,” said John Affleck-Graves, Notre Dame’s Executive Vice President. “And he is the perfect choice as the first artist to perform in concert in the stadium that Rockne built. This promises to be one of the biggest events in Notre Dame’s history.”

By the way, Garth’s first live record was his two disc album Double Live recorded during his 1996 – 1998 World Tour. It’s the #1 selling live album in history, with 21 million albums sold and certified by the RIAA.

Share this exciting news with other country music fans and don’t miss out on the free download!