Garth Brooks Talks About His Next Album! 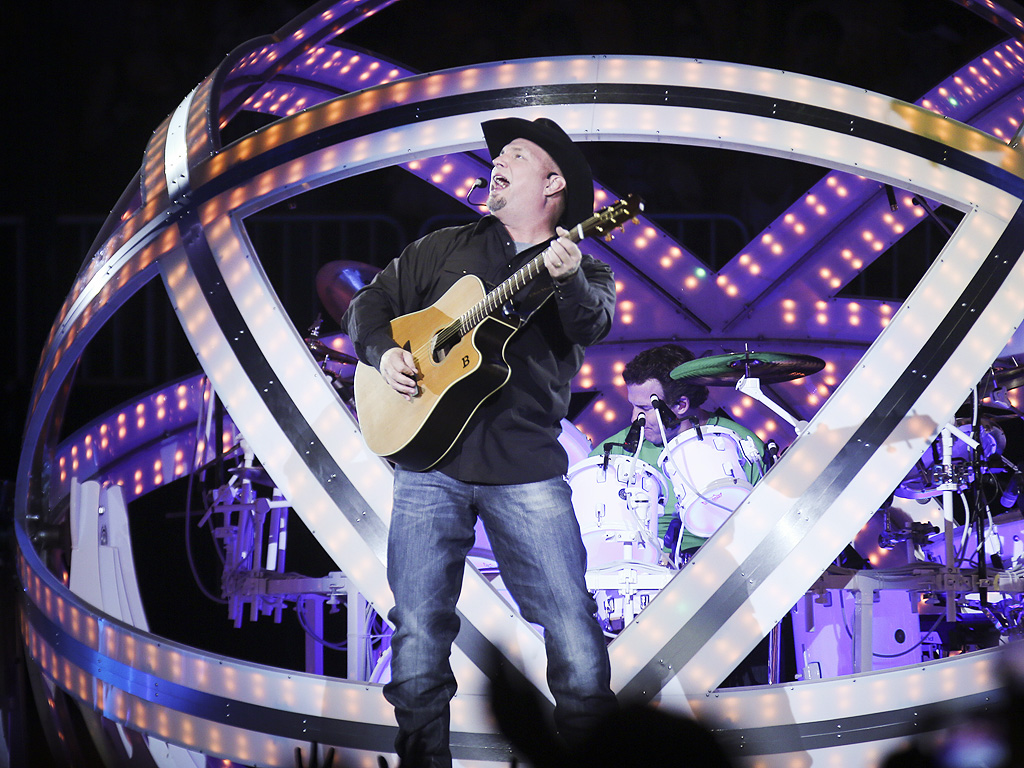 Garth Brooks expects his next album to come out sooner rather than later -- and to be different than what fans might expect.

After much success with his most recent album Man Against Machine, the prospect of another disc has Garth Brooks considering a concept record: an album on which all of the lyrics and tracks contribute to an overarching theme or story.

“In fact, concept albums are really blowing my mind right now, because if you want to promote an album, think about it — a concept album might be the way to go. The great thing about albums is it gives you a lot of choices, and we can all say that the album business is dead, but watch Taylor Swift. I don’t think it’s dead. I just think we’ve got to hit on the energies that make people want to collect albums.”

So what would the story be for the album?

“No idea. No idea what a concept record would be, but the fact that they tie into each other and the fact that you can have a single that you’re really digging but there’s [lyrics] in there where you’re going, ‘What the hell does that mean?,’ and it ties into something on the cut before kind of thing, that’s a fun idea.”

Also potentially on Brooks’ docket: a duet with his late mother, Colleen, which he spoke of doing while she was alive and doesn’t rule out now thanks to the wonders of technology.

“The greatest thing about technology is she made records,” Brooks said, “so that’s not out of the question.”

Brooks released Man Against Machine, his first new studio album in 13 years, in November, and it debuted at No. 1 on the Top Country Albums chart, No. 4 on the Billboard 200 and is already certified platinum. He promised that he won’t make fans wait nearly as long for the next one.

“We’re planning on hearing something new from us hopefully around Christmas, or next spring,” he said.

“If you remember us, we do one about once a year, so it’s coming up. It just seemed to work for us as far as the tour, being refreshed and new with new gas in it and stuff, the new music in it. It also lets you rework your tour a year in, which is great ’cause it fits the new album.”

On June 19, 2018 Brooks released a new single, “All Day Long”, the first off his upcoming 2019 album,Fun. The release also included a B-side, “The Road I’m On”. In August 2018, Brooks announced new live album, Triple Live, to be released in partnership with Ticketmaster.