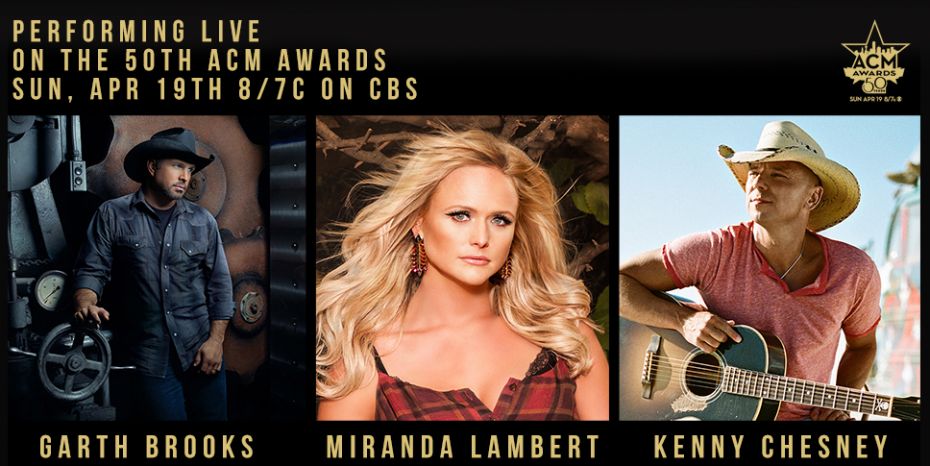 Garth Brooks, Miranda Lambert, Kenny Chesney, and many others are set to rock AT&T Stadium in Arlington, Texas for the 50th annual ACM Awards on April 19th.

The ceremony will be co-hosted by Blake Shelton and Luke Bryan and will certainly be full of fun surprises. This is the golden anniversary of the awards so there is an extra sense of anticipation in the air.

As well as performing on this epic night, Miranda Lambert leads the ACM Awards with eight nominations, Kenny Chesney has four nominations, and Garth Brooks is nominated for Entertainer of the Year.

This night is one of the biggest for the entire country music industry and you can watch it all happen live on CBS. If you’d like to see the show first hand, tickets are available via Ticketmaster.   Be sure to get your tickets quick though, last year they sold out in 18 minutes.