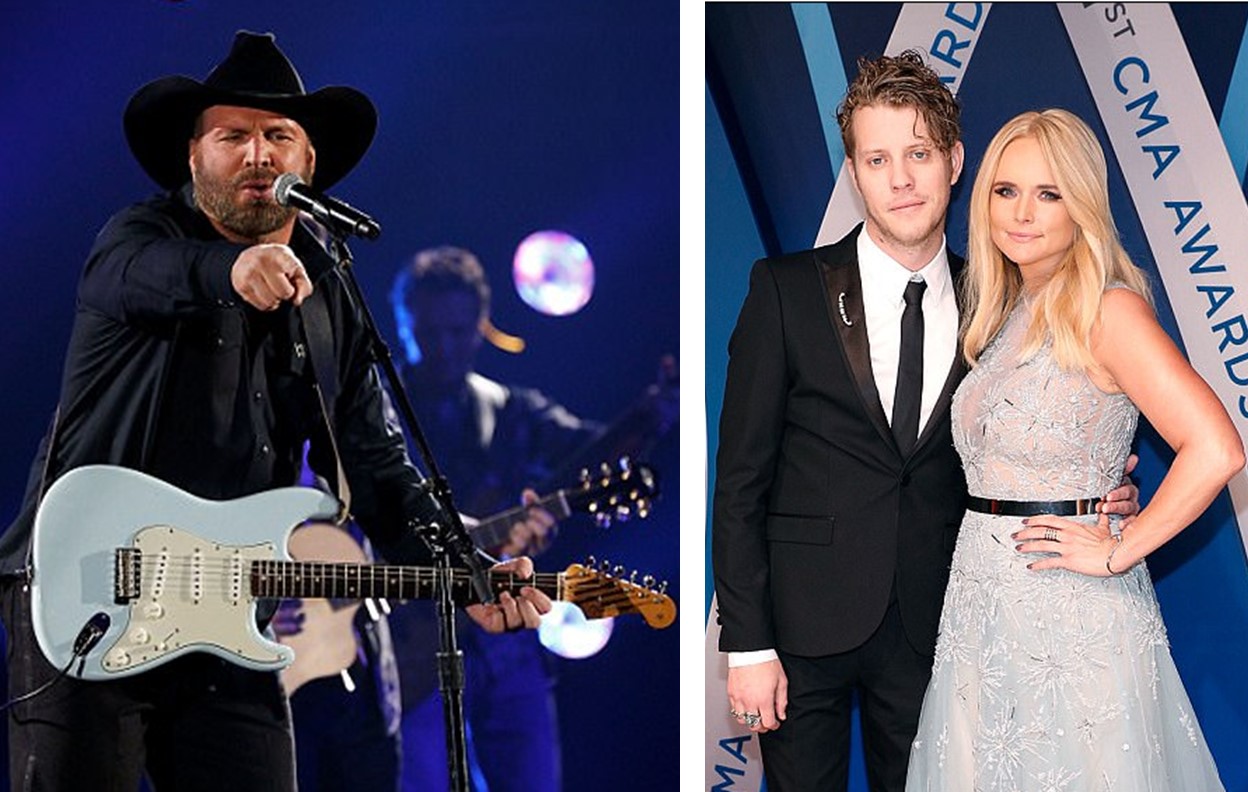 Country music superstar Garth Brooks did lip sync his 2017 CMA Awards performance. His admission got a strong reaction from many...

Yes, reigning ‘Entertainer of the Year’ Garth Brooks did lip sync during his 2017 CMA Awards performance of “Ask Me How I Know”. While backstage, the star explained his decision to the press.

“We’re in the middle of 12 shows in 10 days,’ Brooks shared. ‘Not 10 shows in 12 days, 12 shows in 10 days. We did a game-time call on whether to sing the track or lip-sync, and decided to lip sync.” He added, “The voice just isn’t there anymore, and you want to represent country music as best you can.”

Watch a clip of Garth’s time on stage below!

.@GarthBrooks brought heart and soul to the #CMAawards stage in this iconic performance! pic.twitter.com/8QLHxNIt2w

Needless to say, Brooks’ choice to lip sync has stirred up a lot of drama in the country music community. Some artists and fans called him out, while others supported his choice.

Anderson East held nothing back via Twitter, “I keep a lot of my opinions to myself and respect anyone making music but as a person who tries to put on the best and most honest show I can night after night… this truly offends me. I was told country music is three chords and the truth.”

Miranda Lambert, East’s girlfriend, supported his assessment in the comments section, “High five on this babe. If you can’t sing then don’t. It’s better to be honest than to pretend. I think it’s bulls***. My favorite performances were live live. The truth.”

“Hey @garthbrooks … I still love you,” Blake Shelton, Miranda’s ex-husband, tweeted in support of his fellow Oklahoman. Country music icon Randy Travis re-tweeted Shelton’s tweet and added his own message of support, “A friend, a man, an artist who gives ALL, always!” Travis writes. “Our family in music should be the 1st to understand.”

Before the drama ignited via social media, Brooks sang Miranda Lambert’s praises in the pressroom backstage.

“Let me tell you who fought the good fight tonight, in my opinion. Miranda Lambert. She is one of the few females that we play, so you think she’d want to play it safe. She stuck country music in all of our faces tonight. Traditional country music. So she’s fighting the good fight,” Brooks said of Miranda’s live “To Learn Her” performance.

This is what we call a winning night!! I get to carry the Queen’s shoes and take home EOTY! love, g #CMAawards pic.twitter.com/Uw8lF7K8nw

Though the days after the CMA Awards were full of debate, Brooks doesn’t seem flustered by the situation. We certainly hope no lasting grudge develops between the Brooks and East/Lambert camps.

Also of note, Garth has added a sixth show in Nashville on December 22nd at 7PM at Bridgestone Arena.The first Music City show is scheduled for December 9th at 7:30PM and is followed by another show on December 10th at 7:30PM, December 15th at 7PM, December 16th, and December 17th at 7:30PM. These concerts conclude the North American run of his highly successful World Tour.