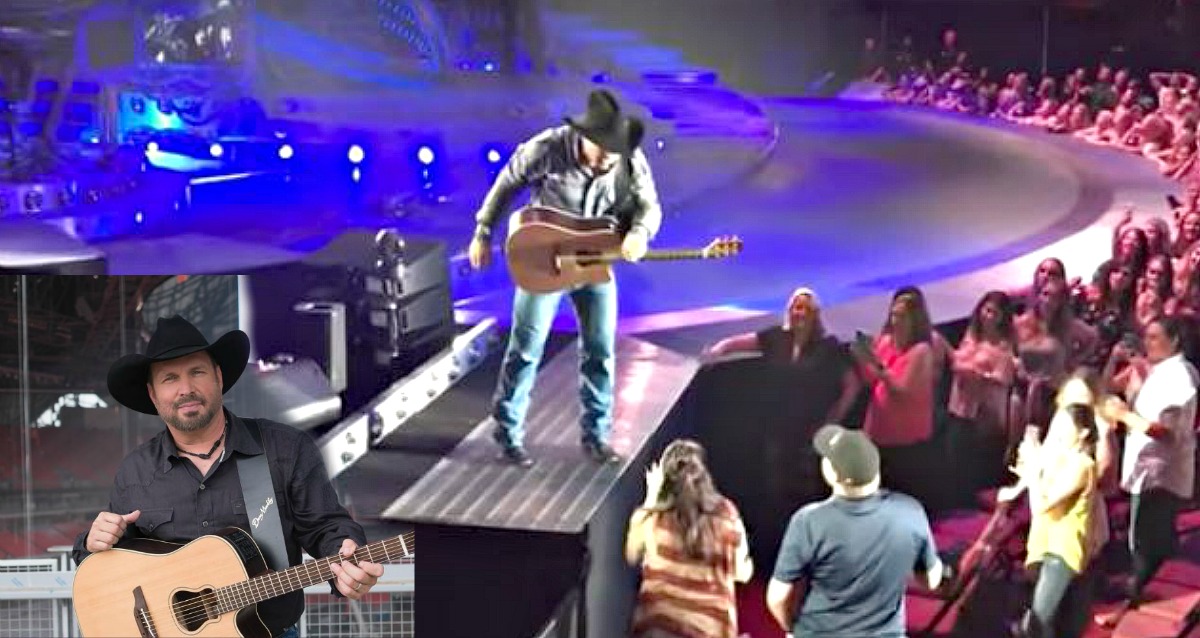 At a recent Garth Brooks concert two lucky future-parents got a HUGE surprise from the legendary singer/songwriter.

Garth Brooks fans shared a great moment.  Gender reveals can be so much fun and are usually spent with family and close friends. However in the case of Wesley and Katy Hansen, their baby’s gender reveal was in front of thousands of excited Garth Brooks fans and the legendary singer himself!

It started when the couple was attending a Garth Brooks concert in Los Angeles on July 21st and they brought a sign with them that read “Working on a full house. Boy? Girl?”. The couple had an envelope with them that contained the sex of their unborn baby and Brooks caught sight of them and decided to help out.

Brooks asked Katy if it was their first child and she excitedly said “yes”. The couple of course had decided on a name, “Brooks”, no matter what the sex of the child. Great name!

The legendary singer took the envelope and opened it. Brooks said “I’ve gotta tell you, I’m extremely happy for you because I have three of these,” Brooks said to the Hansens.

That can only mean one thing- it’s a girl!

Brooks has three girls of his own and he famously stopped touring and making music for 14 years so he could raise them. Now that his oldest daughter is well into college (she started in 2014), Brooks is back in the spotlight and it’s almost like he never left as he sells out shows across the world with his wife Trisha Yearwood.

Brooks had some parenting advice for the young couple that was about to start their journey as parents and it was “she doesn’t need a stinkin’ boy to tell her how cool she is” Brooks stated.

He also warned them that will not want to stop at one.

“If I am still alive when [baby] Brooks goes to college, we will pay for her college” Brooks exclaimed to the overjoyed parents-to-be.

You can watch the entire event in the video below!