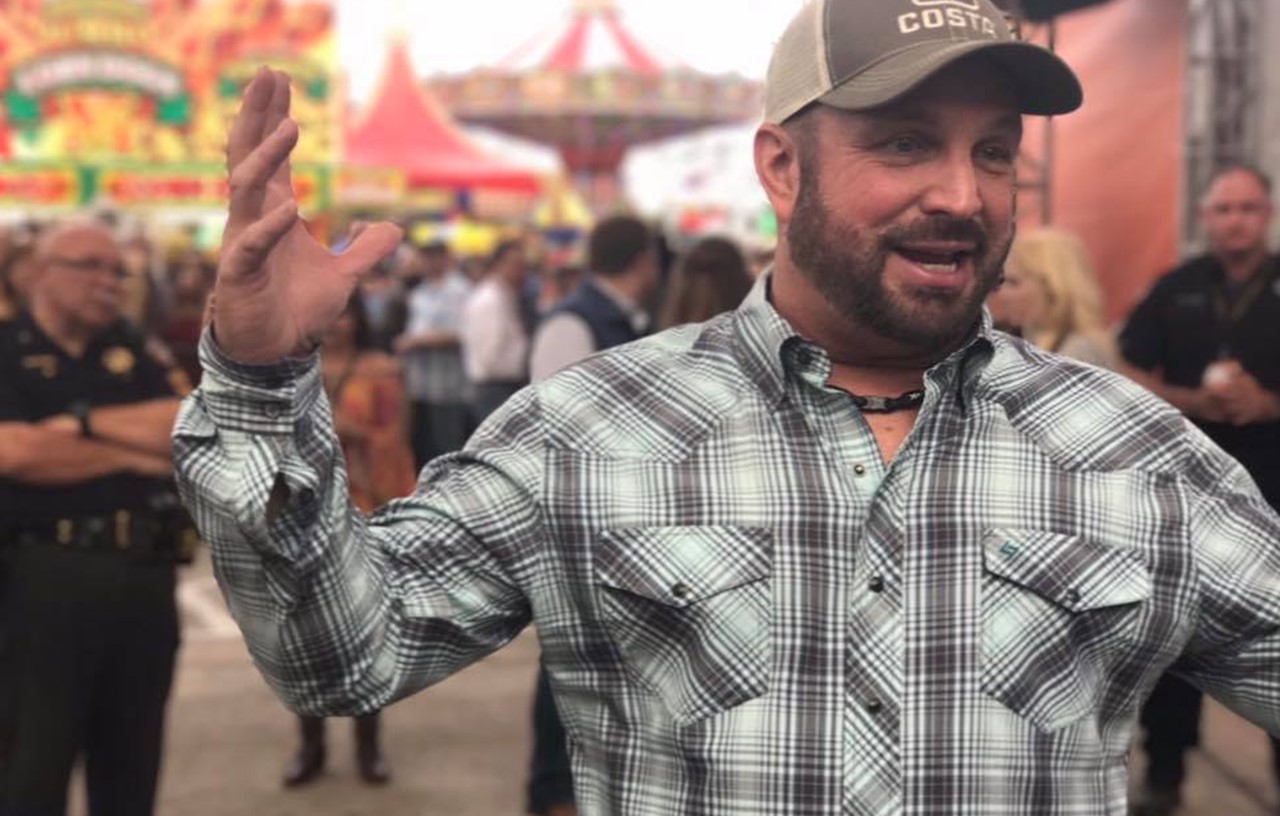 One couple in particular will never forget Garth Brooks‘ Saturday night concert in Oklahoma City, Oklahoma as long as they live. Not only did audience members Drew Bargsley and Chelsea Townsend get engaged while the superstar sang “Unanswered Prayers” for the crowd, but the love birds from Texas also caught the attention of Garth Brooks himself.

After pausing his show and asking the couple’s names, Garth asked Drew if he had planned the proposal. Drew responded that he had been planning to pop the question for three months in hopes that Garth would sing “Unanswered Prayers” during this concert. Garth playfully quipped ‘you assumed’ when Drew admitted that the song wasn’t exactly guaranteed to be on the set list.

Brooks then asked the excited future bride where she wanted to go on her honeymoon. When she responded that she wasn’t sure, Brooks replied that if she chose Hawaii, he and Ms. Yearwood would pay for it. Of course the crowd went wild when Garth made this generous offer.

Watch the complete heartwarming exchange below!

The country music icon stopped the concert for a second time when his wife and fellow country music standout, Trisha Yearwood, joined him on stage for her set. She congratulated the couple as her husband informed her that he had “spent some money.” Yearwood jokingly replied, “Nobody else can get engaged tonight! We’ll talk about my vacation later.”

We have a feeling that Drew and Chelsea will be 100 percent happy with booking their upcoming honeymoon in Hawaii. What a cool moment for them and we’re sure they’ll tell this crazy story to their kids and grandchildren in the future.

As for Brooks, he can certainly afford to foot the soon-to-be newlywed’s bill. According to Forbes’ annual World’s Highest Paid Country Musicians list, the country star raked in a whopping $60 million thanks to his ongoing World Tour. This unimaginable figure places the Oklahoman in the number one spot in the rankings, beating out Kenny Chesney, who sits in second place, by 17.5 million.

On October 12th, the generous entertainer is slated to play the first ever show at the brand-new Mercedes-Benz stadium in Atlanta. Upon its completion, the venue will be a world-class sports and entertainment facility in downtown Atlanta and home to the NFL’s Atlanta Falcons and Major League Soccer’s Atlanta United. The multi-purpose stadium will host major sports and entertainment events, including the Super Bowl in 2019.

Maybe Drew and Chelsea should exchange vows there too… Garth seems to bring them luck!