Garth Brooks’ Daughter Allie Gets Engaged During His Concert! 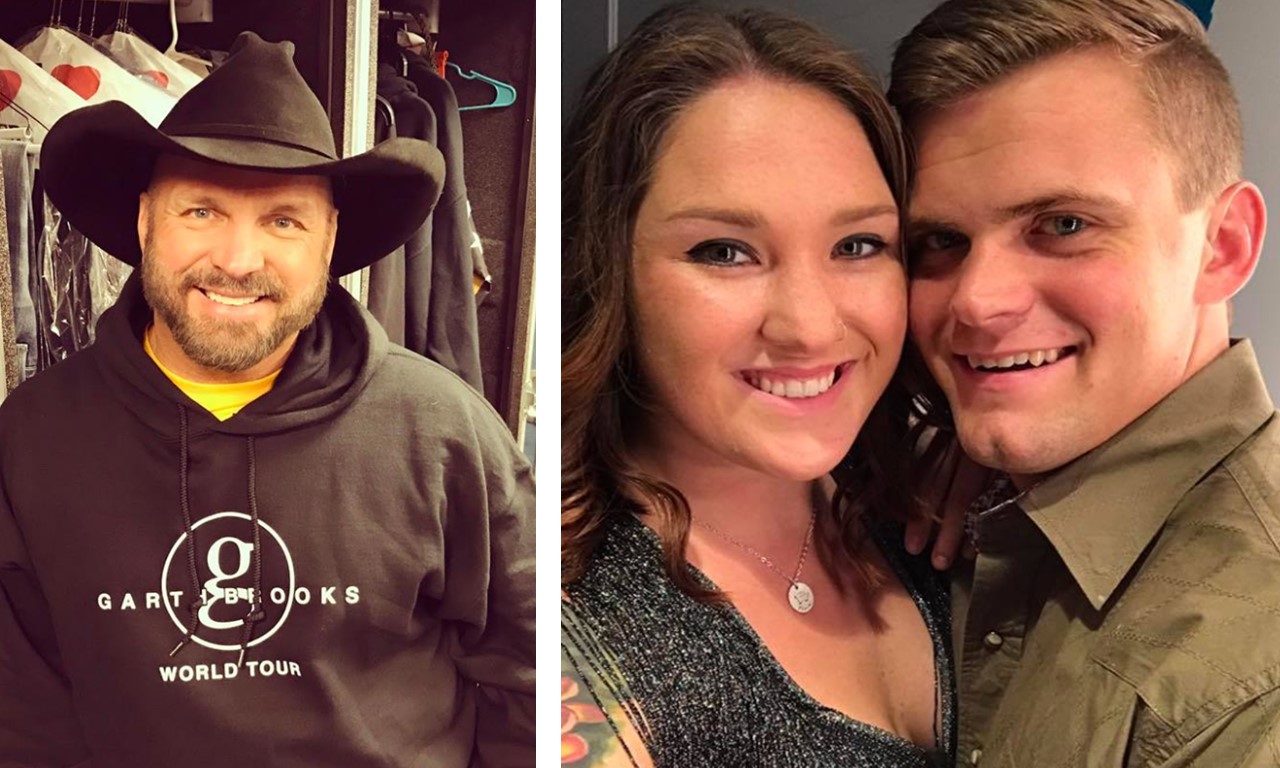 Country music superstar Garth Brooks and ex-wife Sandy Mahl’s youngest daughter, Allie Brooks, just had the BEST WEEKEND EVER. Not only did the budding musician ring in her 21st birthday, she also got engaged to her boyfriend, Jonathan Roberts, during her father’s concert at the Forum in Los Angeles, California on July 28th!

Leading up to the romantic moment, Allie joined her father’s backup singers and added her vocals to some of Garth’s most beloved tunes. To mark her milestone birthday in a big way, the country star enlisted the help of the eager audience to sing “Happy Birthday” to his little girl.

Watch the beautiful moment unfold via the video below!

Aw, of course she said YES!

Jonathan is a physical education teacher based in Tennessee and Allie is currently studying at Nashville’s Belmont University while also pursing music. Congrats to this lovely young couple!

“She’s Every Woman” holds a lot of special meaning for Allie, watch her cover the tune below!

The track was co-written Victoria Shaw and Garth Brooks and served as the first single from his Fresh Horses album. In October 1995, the tune hit No. 1 on the Billboard Hot Country Singles and Tracks charts.

She’s sun and rain, she’s fire and ice
A little crazy but it’s nice
And when she gets mad, you best leave her alone
‘Cause she’ll rage just like a river
Then she’ll beg you to forgive her
She’s every woman that I’ve ever known

She’s so New York and then L.A.
And every town along the way
She’s every place that I’ve never been
She’s makin love on rainy nights
She’s a stroll through Christmas lights
And she’s everything I want to do again

Share this amazing moment with other fans of the talented Brooks family!